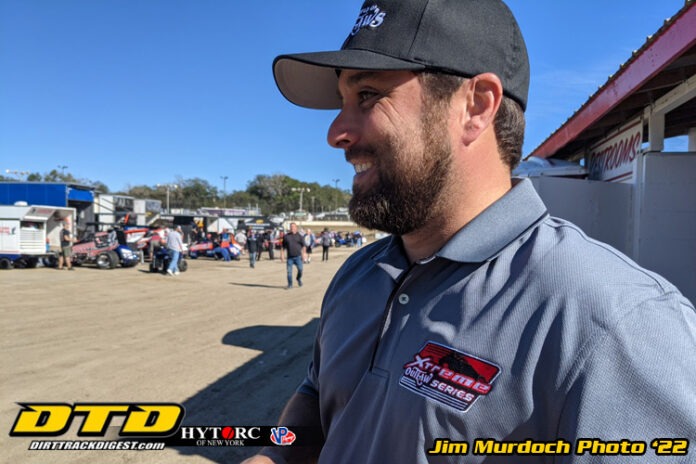 “There’s a lot of cars here I never anticipated coming,” beamed an exuberant Casey Shuman as he gazed over a row of traditional Sprint Cars packing the Volusia infield. 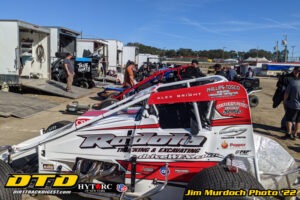 Open cockpit racing has always been close to the young series director’s heart. Son of legendary Sprint Car Hall of Famer Ron Shuman, Casey’s rise in the DIRTcar ranks found him directing the World of Outlaws Late Models, but he wanted to bring back “traditional” Sprint Car racing to the world stage of the Nationals.

The announcement of the creation of the Xtreme Outlaw Series in the off-season generated a buzz throughout the Sprint Car world and let Casey get back to his roots.

“When this all started I had a lot of phone calls from coast to coast. I am using all of my late model crew to do these races.  I had to schedule it with a certain amount of weekends available,” said Shuman. 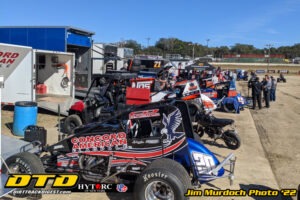 The 2022 season will allow drivers to chase both USAC and Xtreme points because of a limited schedule.

Drivers from all forms of wingless racing helped pack the 37-car field of 410 sprinters.

USAC regulars Logan Seavey, Thomas Meseraull, Brady Bacon, and Robert Ballou joined Northeast 360 standouts Alex Bright and Briggs Danner to test the waters in a wingless sprint for the first time since 1981 at the big sweeping half mile.

Shuman says there is room for the series to expand, especially in the Northeast, but it comes down to timing and availability.

“It’s here to stay. Absolutely. We are going to see. It might be a 16-18 race series where it can fill in holes. The interest is certainly there.”