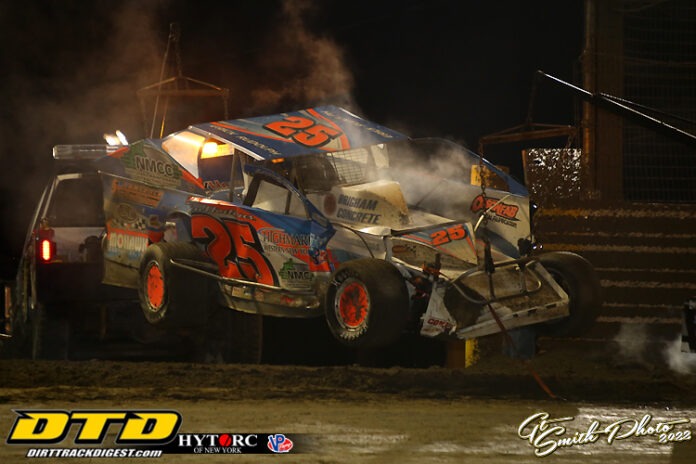 However, as night two commenced, Rudolph’s absence was noted.

Unfortunately, the team was headed back to its base in Ransomville, N.Y., after a hard crash on the opening night.

Dirt Track Digest was able to reach Charlie Rudolph, who said, “The throttle stuck and the car was destroyed.”

Turning attention back to the car, Charlie said, “We need a complete new chassis and I am worried about the motor as well.”

There were two Modifieds in the hauler, but the other car isn’t DIRTcar legal as it is the STSS Modified.