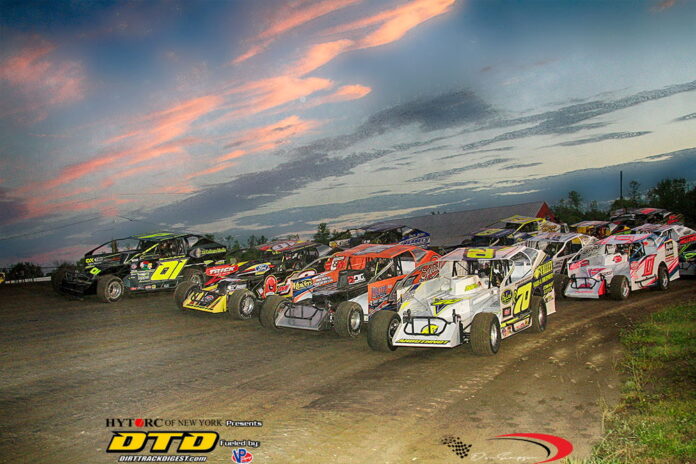 The Ogilvie’s Auto & Fleet Triple Crown series at Brockville Ontario Speedway will return once again as the premier series for 2022. This will be the ninth season of Ogilvie’s Auto & Fleet Triple Crown series. It was first introduced back in 2013 after Paul Kirkland and Mike and Vicki Ogilvie worked out a sponsorship deal for a three-race series for both the 358-Modified Division with the Sportsman Modifieds. Following the first successful series, this partnership continued naturally and has evolved into what it is today. 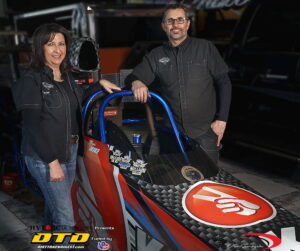 The ways in which Mike and Vicki contributed to the series’ creation and success need to be examined, particularly how they became involved and what inspired them to support local racers. Ogilvie family are not mere spectators, but genuine competitors in the sport of drag racing.

In his life-long career in motorsports, Mike Ogilvie began pulling garden tractors at 11 years old, which led to building custom cars/Hot Rods. Mike pursued the custom car endeavor for some 14 years. In 2003, Mike was asked to be crew chief for Chris Herbison when team Herbison raced in the NASCAR Bush North Series.

The biggest leap into motorsports came in 2005 when Mike was invited by a good friend in drag racing to help out with the team. By 2007, Mike acquired Gil Evoy’s old trailer along with a car of his own in the Super Comp division.

As soon as that first season ended, everything began to snowball. During the next 15 years, Vicki would eventually join Mike in the same class, each having their own Super Comp car. But it doesn’t stop there. After graduating through the JR Dragster ranks, both of their daughters, Rachel and Ashley, joined their parents competing in the same class.

The success on the track and business guided Mike and Vicki into giving back to the motorsport community. In 2011, Mike and Vicki sponsored good friend Gil Evoy’s nephew, Dylan Evoy, who at the time, was running in the Sportsman Modified at the Brockville Ontario Speedway and Mohawk International Speedway where he won the 2011 track championship.

Paul, always trying to come up with new and exciting ideas for the fans and drivers, came up with the idea of a three-race series for both the 358 Modifieds and Sportsman divisions.

“It made sense to me to create the Triple Crown Series to fill the void left by the Fall Nationals, combining the Big-Block Modifieds which used to run during the month of August. I approached Mike with the idea, and he agreed. The second aspect was to have a local series, with fewer laps that had a decent payout and points fund for our local drivers.”

In that inaugural season of the Ogilvie’s Auto & Fleet Triple Crown series, Danny O’Brien won the 358 Modified division. As for the Sportsman series, it was Chris Herbison who won the title.

From that first season, the Ogilvie’s Auto & Fleet Triple series has garnered some of the best drivers in the business, including Danny O’Brien, Luke Whittaker, and current 358 champion Ryan Arbuthnot, while the Sportsman series boasted drivers like Dylan Evoy, Chris Herbison, Shane Pecore, and current Sportsman champion Jessica Power.

This series has become a main fixture at Brockville Ontario Speedway, providing a homegrown event where any driver can compete and shine.

“Despite COVID restrictions, last year’s chapter of the series was the most competitive in its history. We anticipate this year’s edition to be even better due to the easing of COVID restrictions and the opening up of borders. I cannot thank Mike and Vicki Ogilvie enough for all they have done to support local racers. This event would not be possible without their help,” Paul explained.