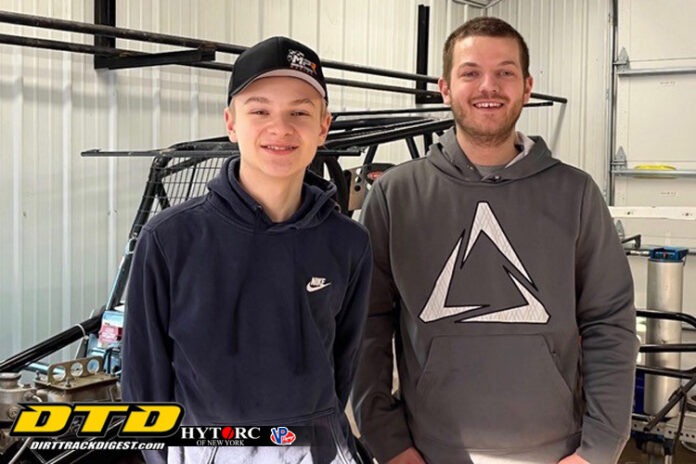 When Connor Prokop started his go kart racing career he went to Martin’s Kartin’ in Schoharie for what he needed to get started.  What the seven-year-old got was a racing “big brother” in Seth Martin.  Seth is the son of Ward, owner of Martin’s Kartin’ Parts and Accessories and Seth had already been racing karts for a few years so it was a good partnership from the start.

The Martin and Prokop kart racing teams both have been successful in karting, Seth since his start in 2005 has been successful at many area tracks and karting events from New York to Georgia. When asked about his number of wins, he said, “I stop counting at 100.”  By day and to support his racing, Seth is a machinist at the Watervliet Arsenal.

Connor is now 15-years-old and a Freshman at Middleburgh Central School and his karting successes include a track championship at Dodge City in 2016 and 47 wins at a variety of New York go kart tracks; Dodge City, Caroga Creek, Oswego, Starlite, Allegany and Lebanon Valley.

The Martin/Prokop teams put their resources together in 2021 and bought a car to race in the Limited Sportsman division at Fonda and Utica-Rome with Connor and Seth sharing the driving duties. 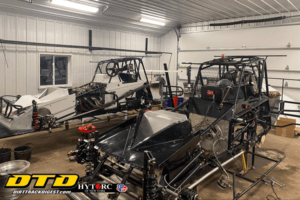 Both Connor and Seth have great memories from karting, Seth says his first win at Dodge City three years into his karting career was one he most remembers.  Many talented veteran racers remember their first win even if they don’t remember the ones that come after.

Young Connor has the mind of a true racer, he knows every win is big because it could be the last time you win.  We’ve heard this before from veteran racer, Kenny Tremont the last time he won at Albany-Saratoga.

Due to weather, the events scheduled for the STSS and Halmar Elite Series at Georgetown Speedway in Delaware this past weekend were rescheduled for October 28-29 during the Mid-Atlantic Championship Weekend at Georgetown.  Only the Friday night program NJ/PA Spec Small-Block Mods was able to run and Craig VonDoren of Oley, Pa. was the winner.

As we sit here hoping for more of the warm weather of this week, we are now looking forward to this weekend of STSS racing in Pennsylvania at Selinsgrove and Port Royal Saturday and Sunday, March 19 and 20.  Then the following weekend March 25-27 the Fonda car show will fill the ViaPort in Rotterdam.