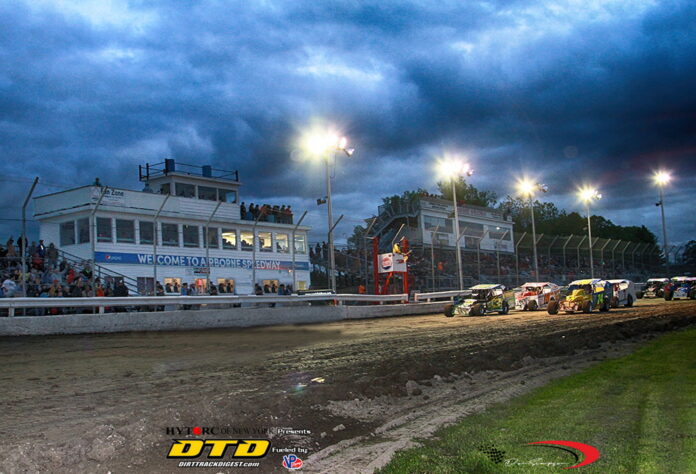 The 2022 season will get underway at the Plattsburgh Airborne Speedway in just a few weeks. This historic track is located on the outskirts of Plattsburgh, N.Y., and is about one hour’s drive from Montreal, QC. It has been hosting races for over six decades and is set to host an exciting season of racing 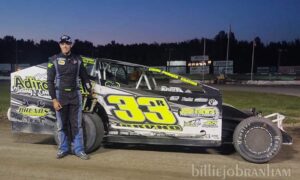 Following a fantastic year in 2021, even in the midst of the COVID pandemic, the 1/2 mile dirt oval staged a complete season of racing, culminating in the crowning of its champions at the Taylor Rental Championship Night at the end of the season.

Travis Bruno won the Sportsman Modified division last season by a mere eight points over Justin Severance. Nick Heywood rounded out the top three with a third-place finish in the points.

Final top five in points in the Sportsman Modified division in 2021:

In the Renegade division, Zack Daniels had one of his best seasons to date. Daniels raced the entire season at the Plattsburgh track, but also raced a selected few races at the Mohawk Int. Raceway. In total Zack stacked up six feature wins over the 2021 season, along with 13 top-three finishes. Daniels took home the track championship at his home track in Plattsburgh as well, a fitting way to cap off a banner season. 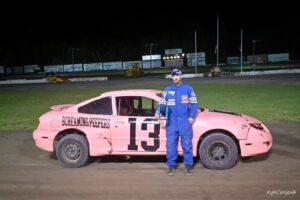 Over this past winter, Zack has prepared his car to defend his title. Zack explained, “I have high hopes for the 2022 season. The track seems to be working hard on making sure we have a great racing surface and also events to bring in fans to fill the stands. My team has been working hard at preparing our program to defend the track championship and make sure we have all of our ducks in a row to make sure we are just as competitive as we were last year to be a top contender. We are also

building a Pro Stock to try and compete at Mohawk and travel to some select shows. It will be a busy season ahead for our team and looking forward to a good season of racing.”

In the Strictly Stock Division, Nate Smart walked away with the track championship — a well-deserved win after a good season of racing for Nate and his team.

To close out 2021, the crew at Plattsburgh resurfaced the track, preparing for the 2022 season. To match the racing schedule planned for 2022, a new layer of clay was placed on the track’s surface.

This season’s program is promising to be top-notch. There are a number of special events scheduled to unfold over the season, that will be good for all race fans. 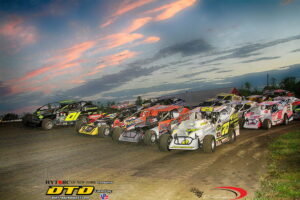 It will be an exciting edition of racing this year with several big shows. The 68th season will get underway with two great weekends of racing back-to-back. On Saturday, April 30, opening night, the DIRTcar Sportsman series will be back in town with a 40-lap feature event. The following week, May 7, will host the Mother’s Day Special, with the return of the 358 Modified. June 4th will see the return of the mighty Empire Super Sprints, always a fan favorite with stars like Steve Poirier, Jason Barney, Chuck Hebing, and rising star Jordin Poirier. August 6th will host a popular event with the Big Block/ Small Block Challenge. On September 3rd, the 2022 season will come to a finish with the season’s final points race and the crowning of this year’s champions. This unique race will also include the Vintage Modified class.

May 14 – Law Enforcement Night, paying thanks to all law enforcement

May 21 – Regular show with all divisions

May 28 – Host the Twin 20s for the Renegade division 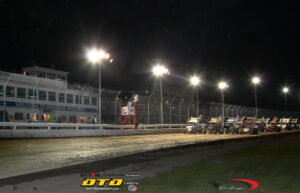 June 11 – Regular show with all divisions

June 25 – Regular show with all divisions

July 2 – Host Regular show, capped off with a July 4th celebration with a big fireworks display

July 9 – Regular show with all divisions

August 13 – A tribute to our Hometown Heroes with the Annual Military and First Responders Night. Regular show with all divisions

August 20 – Host Backpack Giveaway for the Kids, Regular show with all divisions

August 27 – Regular show with all divisions

September 3 – Final points show of the season and crowning of this year’s champions. This special race will also host the Vintage Modified 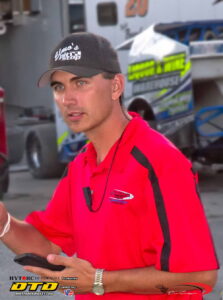 Long-time track spokesperson Robby Knowles has acknowledged he is excited about the upcoming season and the fact the borders will soon be open, allowing Canadians to hopefully join the roaster at Airborne Speedway.

Robby stated, “Mike Perrotte has put together an exciting schedule with some outside entertainment for our local fans. Many of our local drivers can’t wait for the first green flag of the season. Some new clay was added on top to help the depth in the corners. On a sad note, we have lost a couple of our regulars as they are moving up to Modified and racing at other tracks.”

This year’s schedule at the Speedway has something for everyone, with an ambitious plan to return to a regular season of racing with COVID no longer a factor. All of the local racers and fans should expect a fantastic season of racing in 2022. Canadian race teams and fans will be able to enjoy the action at Airborne Speedway in Plattsburgh once more, with the borders open and the potential of all border restrictions being eliminated.