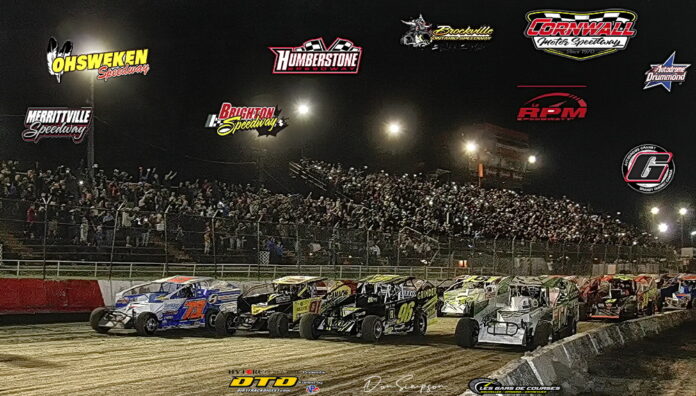 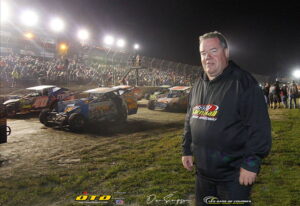 In a recent interview on a G-Force podcast, Raymond Lavergne confirmed the return of the 358 Modified Canadian Dirt Series after a 13-year hiatus. The series will be held on nine different tracks and take the best results of the five races in which teams compete.

Lavergne is also looking at bonus money for teams who compete at all nine events. Here are the tracks that have confirmed their participation:

To solidify that the series is back in a big way, Raymond will set out to have a minimum purse of no less than $4,000 for each event, with a $300 to start bonus.

“We’re looking at a point fund of over $36,000 which will undoubtedly attract the interest of all the best teams. I am hoping for additional funds as sponsorship grows,” stated Raymond.  “I wanted to revitalize the series in a significant way, and I believe by stepping up with such a large prize, the series would draw a large number of drivers from both sides of the border, which will be a big win for fans.”

Known back in the day as the Lucas Oil Canadian DIRT Series, it ended in 2009 after several years of success. The series started with a simple two-race series between Autodrome Granby and Cornwall.  In round one, Claude Brouillard won at Autodrome Granby after 100 laps. Cornwall Motor Speedway was the scene of Danny O’Brien’s victory in round two of the inaugural season. Leon Gonyo won the championship in 2001.  The following year, Slim Brian McDonald won the 2002 championship, followed by Steve Poirier in the third year of the series. 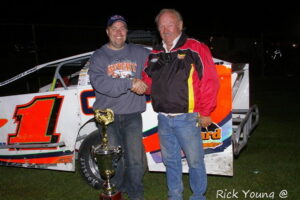 It’s been thirteen years since the demise of the Lucas Oil Canadian Series and a lot has changed. At the time, Raymond Lavergne, an avid race fan and part-time crewman with Stephen Lafrance, remembers the series well and always enjoyed the fact it was a traveling series, visiting numerous tracks. Lavergne is still a race fan today. Lavergne never lost sight of the good times and memories of the Canadian Series.

“I have thought long and hard over the past few years about how to bring this once great series back to life. I have been a big fan of racing for most of my life. In recent years, COIVD has been very hard on the racing community, both as fans and racers. With the success of the Fall showdown over the past two years, we will continue with this, but I also felt the timing is right to bring back the Canadian DIRT Series. As I said COVID has been hard on our sport and I want to give back in a way that will excite the fans and help rejuvenate the excitement around dirt track racing.

“At the moment the sport is fragile, and if all the promotors work together as one, I think this will be very big for the sport. We have nine tracks onboard. I along with Martin Belanger are still working hard to make this series a success by trying to secure additional sponsors. The series will start on June 24th at Autodrome Granby and conclude as a part of the Brockville Ontario Speedways Fall Nationals on October 15th which is a fighting way to close out a racing season here in Canada.” 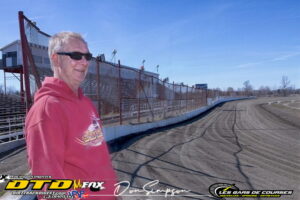 Having the Fall Nationals as the series’ final race was a welcome development for Paul and Cheryl Kirkland. The Brockville Ontario Speedways Fall Nationals is a premier event, which has been a favorite of racers and fans for some 14 years. 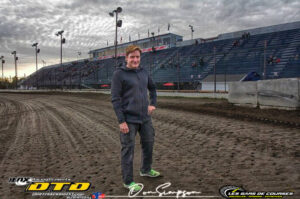 The Canadian 358 DIRTcar Series will also make an appearance at the Autodrome Drummond. Yan Bussiere the long-time promoter and 358 driver at Autodrome was thrilled about the series, both as a driver in the 358 division, and also have the opportunity as a promoter to host the series.

“I’m really happy with this series,” said Bussiere.  “I really want it to work with all the tracks in Quebec. It is important to me. Ray did a great job with the tracks in Ontario. Now, as a driver, I will do the five races required for the points and I would like to do at least one or possibly two additional races if my schedule allows me. I have always wanted to race at Ohsweken and here is the perfect opportunity. I hope to go!”

The series will also have a Southern Ontario swing with Humberston Merrittville and Ohsweken slated to host an event over the summer. 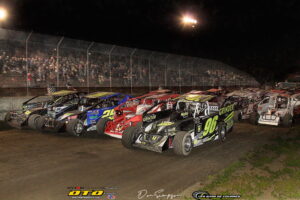 host this new series. Last season Terry had a very successful season, even with COVID rules in-place, hosting several special events over the 2021 season. The highly successful Pinty’s Sprint Car Series was a big hit last year and will be back this season in addition to the Canadian DIRT 358 Series.

Terry explained, “I think it’s great! I have 20 358 Modified engines out here. The only problem that may come into play will be if tracks don’t follow DIRTcar rules 100%. No special weights, no sail panels for w16. I’m committed 100% if we’re 100% DIRTcar rules, if not, I’m out. And I think Ohsweken feels the same. It’s the only way the series will have credibility and the guys will travel.”

The base for the series has been created, now it’s time to key in the final touches of the series. Cornwall Motor Speedway’s Media Relations specialist Martin Belanger will be tasked to help finalize the series’ schedule and points fund distribution along with helping secure sponsors along with the bonus fund. For Belanger, helping to recreate the Canadian DIRT Series is somewhat of a great moment in his long career within the dirt racing world. 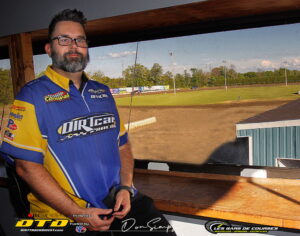 Martin can remember those glory days of the past with the Lucus Canadian DIRT Series and to be a key player in bringing this series back is a fitting moment.

Martin stated, “I am excited about this series. It is nice to see all major Canadian tracks working together to build a series and this could be the start of a partnership for years to come. Maybe we will add Sportsman in 2023 as a part of the calendar. Sportsman is probably the healthiest class in terms of participation and I think it would be a great addition.”

Raymond Lavergne’s long-held ambition will be realized in 2022. 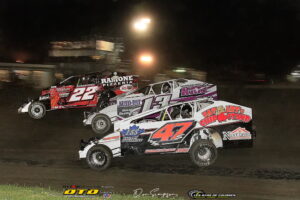 The fans will be the winners because they will be able to watch a premier series that features talent from both sides of the border.

Mat Williamson, David Hebert, Francois Bernier, Corey Wheeler, Brian McDonald, Mike Bowman, Gary Lindberg, and Kyle Dingwall are just a handful of the Canadian drivers who will be competing for the title. With the borders open the field of drivers will undoubtedly be challenged by some of the best U.S. drivers. A fitting way to see the return to normal open border racing.