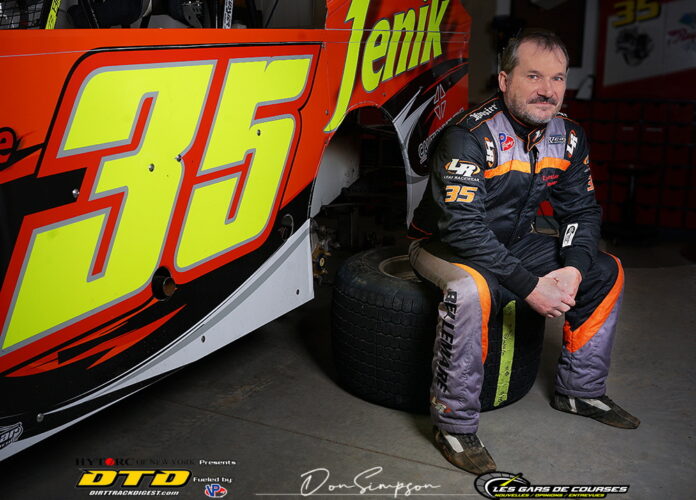 Many racers believe that they must be first at all costs, but is this the true reality of racing? For many drivers, racing is about pushing themselves to go faster or simply competing, with all the conversation and camaraderie that comes with it.

Racing is the passion, a drug that pushes drivers to take on the challenge of racing. François Bellemare’s dependence on dirt track racing is what drives him to get behind the wheel every weekend. 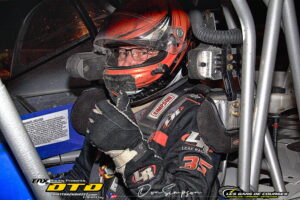 But for François, dirt track racing was not his first choice or even on his radar growing up. François was more influenced to race asphalt on a road course as his great uncle Pierre Roy was the president of the Grand Prix de Trois-Rivières during its development years, which is currently the longest-running road race course in North America.

Each year François attended the race and, as he got older, would help work on the course as the streets of Trois-Rivières were converted into a racecourse.

But the taste of sheer speed came from another influence in his life, as François’ uncle Maurice Bellemare drove a Grand Prix Hydroplane, the Miss Glastron GP-50. A 12-feet wide and close to 22-feet long boat powered by a 1600 hp supercharged methanol power plant. The boat could reach speeds of up to 160 mph on the straightaways of the mile and 2/3rd course back in the day.

That step into karting in 1982 was the push François needed to start his own path in the racing world. François raced karts for the next ten years and motocross while learning the skills of racing.

In 1993, François stepped up into the shifter kart class racing at local Quebec tracks. Within six years, Francois won numerous provincial and regional championships, capping the success with a national shifter kart championship 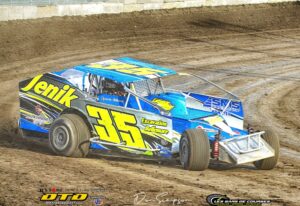 During 2000-2006 François raced the Formula Ford series where he competed at the Canadian Grand Prix in Montreal along with the Toronto Indy Car. But these events were overshadowed by the fact François would finally race at his beloved Grand Prix de Trois-Rivières.

François explained, “It was a great feeling! My father and his business have been connected to that race since the beginning, so having three chances to race in something they’ve been part of since the race was formed was incredible!”

In 2007, François would then move on to race in the Formula Atlantic at Grand Prix de Trois-Rivières for two consecutive years, gaining a second-place podium finish. It was during this period in time that François got his first taste of dirt track racing.

He soon transitioned from asphalt to dirt racing after running in a Rene Clair’s Sportsman Modified at the Autodrome Drummond. François eventually purchased the car and raced it full-time at Drummond in 2008. 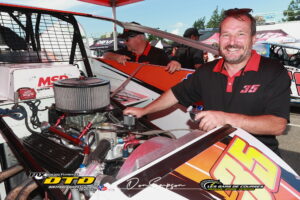 François spent one year in the Sportsman division before graduating into the Modified class in 2010, where he is still competing today.

That same year, François landed a ride behind the wheel of the No. 35 car at the Grand Prix de Trois-Rivières Canadian Tire NASCAR series.

Life was good. François was following his dreams of racing cars, but things changed in a big way for Francois in 2011 when he was diagnosed with a rare disease that affects the knees and hips. François had to have surgery along with radiation therapy to control the masses growing within the joints.

Then there was the unexpected workload that detracted him from racing as well.

The next several years were spent on and off the track as François struggled with his illness and his heavy workload at his business. It was a painful experience for him to get behind the wheel when he did get the chance.

For François, there is no cure for this debilitating condition. There is only treatment that dampens down the effects. By 2017, then 47-years-old, he decided it was time to go racing. He purchased a big-block engine and was off to race at Volusia Speedway Park, with the Super DIRTcar series.

For the next several years, François continued to race weekly again at Autodrome Granby and Drummond along with some special events. François was just overjoyed that he could even be racing regardless of the pain.

He said, “Racing is the nicest drug you can find on earth that brings you so many good things. It teaches you to never give up on whatever you accomplished in your life!” 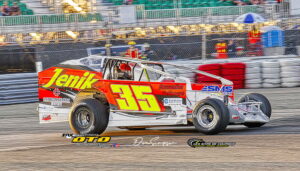 François once again got a chance to race on the track that had such an impact on his life. The family history and devotion to the GP3R would pay off handsomely.

That August 14, François started ninth on the grid. He wasn’t used to dominating his rivals from the Autodrome Drummond and Granby, but his competitors had no idea just how passionate François was about this track.

Francois dominated from the drop of the green. François raced his way through traffic to the front of the pack. Once in the lead, François drove with all the passion he had for his home track to take the biggest win of his racing career.

François commented, “It was a pretty good feeling to win! My dad along with his business was heavily involved in the Grand Prix de Trois-Rivières  from the beginning. To have the three opportunities to race in something that my family was so involved in since the beginning was just awesome! To win this new race in my hometown was a great accomplishment for me and my team.”

How will the team fare in 2022 after a great season in 2021? Having already visited Volusia Speedway Park and Cherokee Speedway in February, François has already begun racing. The main focus though will be on the local tracks of Autodrome Granby, Drummond, and Le RPM Speedway. The team will also participate in selected events. However, like last season, François is looking forward to the return of the Urban Challenge. The race he is most looking forward to, with the possibility of repeating the success.