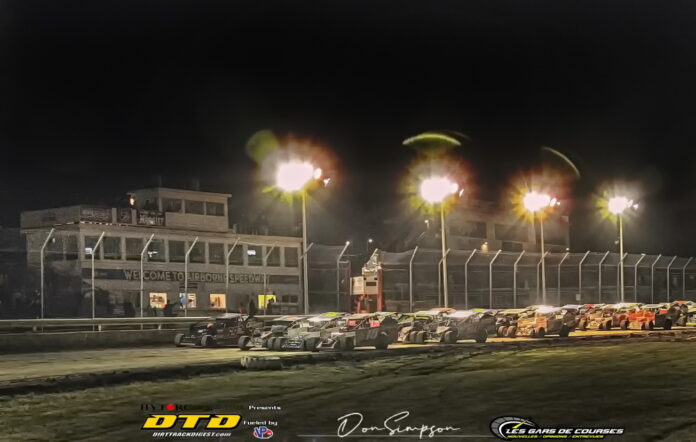 The 2022 season DIRTcar Sportsman Modified series North/U.S. region will get underway at the Airborne Speedway in Plattsburgh on April 30. This event will bring together drivers from the North/U.S. and East regions, plus the newly formed North Canada region.

Many of the top Sportsman Modified teams are ready to go back to racing now that the racing season is just getting started across the Northeast.

With three DIRTcar designated regions close to the Plattsburgh Speedway, many teams will be enticed to make the trip to the historic 4/10th-mile speedway.

The DIRTcar Sportsman Series visited the Plattsburgh circuit last season, and forty-two cars competed in the qualification heat races, with 30 making the feature. 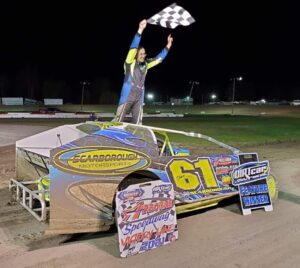 Johnny Scarborough would take home the season’s greatest victory for the experienced racer.

Since DIRTcar has now introduced a North Canada region to the DIRTcar Sportsman Series, many Canadian teams can now contend for the title, which has been missing for the past few years due to the pandemic.

With the borders open to the vaccinated, along with the addition of the North Canada Region DIRTcar Sportsman series overall, this will allow drivers from both North regions to compete equally with four races scheduled in each zone.

I asked DIRTcar series director Dean Reynolds about the news on the Sportsman series and Dean said, “While the border restrictions have eased, they still aren’t totally open as travelers will need to be double vaccinated to cross, which is still is a hindrance to some degree. But indeed, a lot better than before with the mandating of being tested within 72 hours. 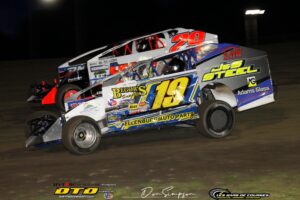 What I (DIRTcar) have done is create two North regions for Sportsman. The US and Canada. We just finalized the Canada region. While competitors that are vaccinated can cross and try to run both regions, which will be allowed. The importance of this move helps in getting regional bonus points to teams and crews that aren’t as of yet able to cross the border. We will also have a $1,500 point fund for each region, with $500 US going to the champion. We will also give away a free Hoosier tire to each series race.”

In addition to the amended schedule, all teams on both sides of the border at the end of September will be able to race in the DIRTcar Sportsman championship. Dean went on to explain, “At the end of September if they want to run for the DIRTcar Sportsman championship, they can. Teams will be able to get their home track bonus points at either Brockville or Drummond and then run any of the regions.”

All of this is welcome news from DIRTcar and a good way to bridge the situation until all of the complications at the border are resolved.

The creation of the North Canada region adds four new races to the 2022 DIRTcar North Sportsman Modified series’ schedule, giving teams on both sides of the border more events and choices in running the Sportsman Series along with the choice of home track.

With the first race of the series just weeks away, teams on both sides of the border are focusing on Plattsburgh. 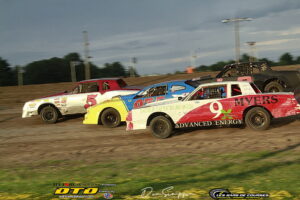 On Saturday, April 30, the DIRTcar Sportsman Series will kick off the 68th season of racing at the Airborne Speedway. Sportsman drivers from across the Northeast will gather to do battle for 40 laps, as $1,000 will be on the line for the main event.

The opening night will have show-up points for the regular season Sportsman drivers at Airborne. Along with the DIRTcar Sportsman series, the night will host the first season points race for the Renegade division and Mini Stock division. Racing starts at 6:00pm