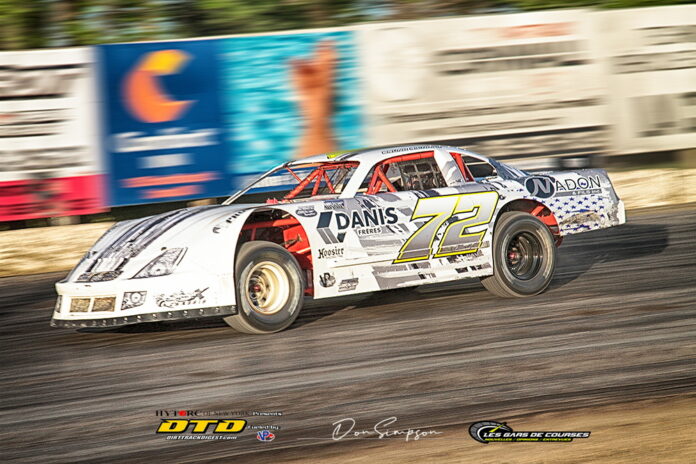 It’s been a whirlwind few weeks for Bruno Richard as he picked up two feature wins, but this has not deflected Bruno, he is focused on the long-term goal for this season. 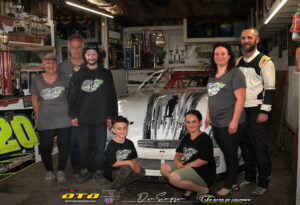 The car 72 is a family-run team that can be found preparing the car with mom Johanne, dad Jacques, and team member Marc-Andre every week at the Gatineau shop in Quebec.  Bruno’s personal family, which includes his wife Isabelle and children William and Melina, also gets involved as he focuses on winning the DIRTcar Pro-Stock Series championship.

Focused on the task ahead Bruno knows the challenge ahead this season and realizes his odds, but will strive forward accumulating as many trophies as he can along the way this season.

The journey to get to this point in his racing career began back at the age of seven when he and his brother Max would race around the yard at his father’s body shop. 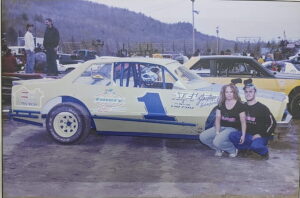 Bruno would then become a member of Denis Gauvreau’s dirt racing team at the age of nine, a formative phase in his life that exposed him to the routine of race car maintenance.

It was an opportunity to compete in the 1998 200-lap Enduro at the former Autodrome Edelweiss Speedway that changed Bruno’s perspective on dirt track racing. At the age of 15 supporting Denis Gauvreau’s car, number 72 on its door of his 83 Camaro not only did he start in the race Bruno won. Since that day, Richard has been consumed by the racing bug and hasn’t looked back. 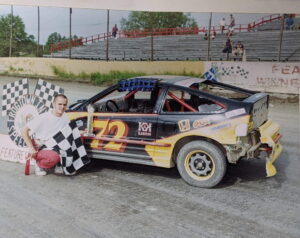 In 2000, Bruno began racing full time at the Autodrome Edelweiss in the Mini Stock division. However, Bruno’s rookie season was not off to a good start, since he blew the motor on his CRX during the first race. In the end, the car needed a lot of work but was back on the track in a few weeks. It was his best season for Richard, but things would change 180 degrees in 2001.

The 2001 season was considered a redemption year. Bruno dominated the Mini Stock division at Autodrome Edelweiss, winning five features and winning the track title a few points ahead of his brother Max.

Bruno was offered the opportunity to drive for Denis Hamel in the Semi-Pro class in 2004. Bruno would finish fourth in the championship, with five victories, and was named Rookie of the Year.

He then went on to win the Edelweiss track title with 11 victories the next season, and he also finished second in the Lightning Series, which comprised multiple circuits at the time.

Bruno then built his own car throughout the winter of 2006-07 with the help of Denis Hamel. The car would wear the number 72 to honor the one racer who taught him the basics of racing, Denis Gauvreau.

For the 2007 season, with a new car in the stable and a limited budget, Bruno would pick and choose the races he would attend. He also made the decision to race other tracks besides his home track Autodrome Edelweiss. The team also secured an engine from Denis Gauvreau as part of a sponsorship. 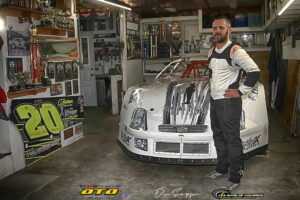 The team set out to race tracks such as Mohawk, Cornwall, and Brockville along with Edelweiss, providing Bruno getting more experience racing up against other drivers. By the end of the 2007 season, Bruno had racked up nine feature wins.

By 2011, Bruno wanted to change things up a bit and bought Andrew Giroux’s car, returning to his basic roots in the Street Stock division. The following year, he won a further six feature wins to add to his resume.

Bruno’s best moments aboard his Street Stock occurred in 2013, during a weekend that his father dubbed “Dream Weekend.” He competed in a 100-lap final at RPM Speedway on Saturday. He experienced mechanical issues from the start and had to restart at the back of the pack. Bruno won the 100-lap race. The team then repaired the car in the parking lot using a pair of vise-grips. On Sunday, team 72 competed in two 25-lap inverted finals at St-Guillaume. He went on to win both finals against all odds — a moment he will never forget.

For the next few years, racing was put on the back burner due to family and work commitments and only raced from time to time. In 2016, he tried his hand in a Sportsman Modified and took part in a few races, one at Autodrome Granby and the other at the Fall Nationals Brockville Ontario Speedway.

Bruno reclaimed his ultimate ambition in 2019 by purchasing the Pro-Stock from driver Stéphane Lemire, a classic Stinger x chassis. Joey Ladouceur previously campaigned the car, which has a tremendous track record with numerous track championships and victories.

The following season, however, came off the rails and did not unfold as planned. Due to the pandemic, the 2020 season was somewhat shortened, but Bruno still managed to win four races and finished second in points at Granby. 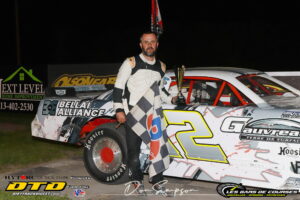 But in 2021, things finally fell into place and Bruno was back on track. With a total of six feature wins and the track championship at Granby, Bruno showed the talent he has for piloting in the Pro-Stock division. Richard went on to win the Farnham Ale Series, along with the Warriors series at Cornwall.

After a successful season in 2021, there was still some unfinished business.

Bruno said, “This season I will do all the Pro Stock series and, with any luck, race at the Oswego, something I have been dreaming about these past few years. The real cherry on the cake will be to race Charlotte (World Short Track Championships). After that, we will see. The car will be up for sale at the end of the season. But if not sold, I would like to race Bristol if the races come back in 2023. A great way to start the race season.”

With the achievement of four feature wins, a track championship, two series titles and DIRTcar Rookie of the Year in a matter of three years in the Pro Stock division, the future is wide open for Bruno and, if fate is on the table, maybe even a win at Super DIRT Week.