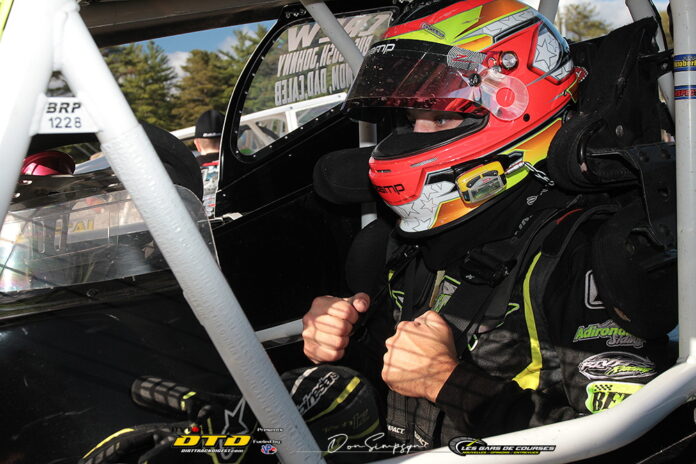 The name Bruno has been around the Airborne Speedway in Plattsburgh along with many other legendary tracks in the North East for over six decades. 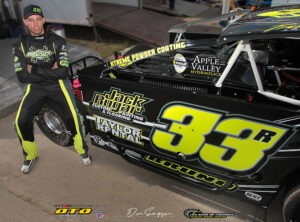 However, in recent times, the name Bruno refers to the current and defending track champion Travis Bruno.

Travis’s 2021 season was marked by consistency, with 11 top ten finishes, three of which were podium, and one feature win. However, to understand where Travis’s passion for racing came from, you must go back to his early years. 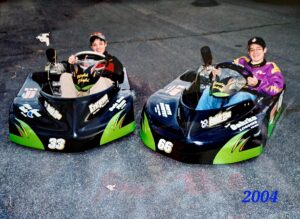 Travis has been inspired by the world of racing since the day he was born when his father Vernon Bruno not only raced but also served as the flagman for many years at both Airborne and Frog Town, now known as Mohawk.

Vernon Bruno said, “I started racing motorcycles at seven years old and won several track championships. Then at 16 years old, I was asked to drive asphalt late models at several Canadian tracks, then moved to dirt street stocks, late models, and 320 and 358 Modifieds. One season I drove the late great Leon Gonyo’s big block at Granby and Drummondville. After retiring from driving, I went on to be the head flag man at both Airborne and Frogtown Speedways.” 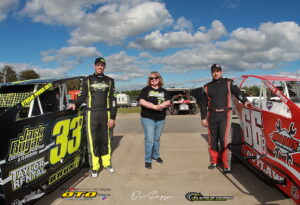 At the same time, Travis’ mother, Wanda, was working at Airborne as the pit steward, summoning the cars to the starting line for their race. Once both Travis and older brother Jason were born, the family would all attend the races as Vernon continued to work as flag man at both Frogtown and Airborne each week. Travis and his older brother Jason would sit in the bleachers and play with their toy cars while their father commanded the races from the flag stand. 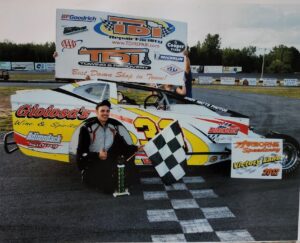 Racing was truly an all-family event each weekend during the summer. When Travis and Jason started racing karts in the mid-90s, racing became, even more, a part of their lives. Vernon said, “Both Jason and Travis started racing Go-Karts at the ages of seven and eight. Both won numerous races and track championships.”

As the years passed, Travis and Jason progressed through to the bigger divisions, and, by 2006 at the age of 17, Travis was racing in the Flying Tiger Sportsman division and would win Rookie of the Year. Travis remained in this division for several years until 2011. 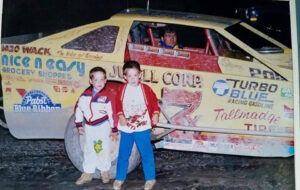 In 2012 and 2013, Travis campaigned his own in his own Sportsman Modified running under the DIRTcar banner at Airborne on the blacktop.

In 2014, NASCAR returned to the track and Travis was driving the Cory Mccay-owned car.

There would be no racing for the  2015 season, as Travis took the year off from being behind the wheel at the track, allowing the young driver to take a break from racing as the following years would be increasingly busier in terms of racing.

The 2016 season was much the same as in 2014, but the car that year would be owned by Bob Wallace. It was in 2017 when racing for Travis changed as his home track of Airborne went back to its roots and was transformed back to dirt.

Travis followed and moved up to drive in the 358 Modified categories at Airborne when old friend Bob Wallace offered him a ride once more. For the next two seasons, Travis 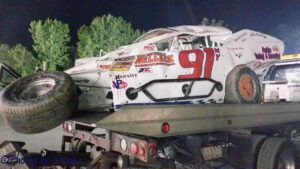 campaigned the Bob Wallace-owned 91 Modified with some success as Travis finished fourth in the points battle in 2018. 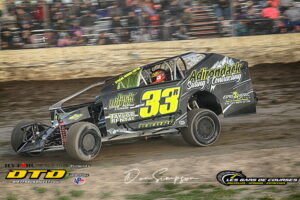 As for the 2020 season, only a handful of races were held at their home track in Plattsburg. COVID-19, which had practically halted racing for the entire season, was in full control, and most large public events shut down.

However, things returned to normal in 2021, allowing Travis to excel with consistency that season. Travis would bring home the track championship and forever seal the name Bruno in the Airborne Speedway history books. 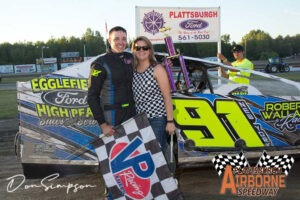 Team owner Lonnie Rivers stated, “Travis had a great season in 2021 battling against Justin Severance. The battle for the championship came right down to the last race to determine who won. But one of the best parts of Travis coming onboard our team was the fact he brought along his family. His mother Wanda and father Vernon and brother Jason are at the track every week. Jason races in the same class with us to add fun to the sport, it’s like one big happy family of racers.” 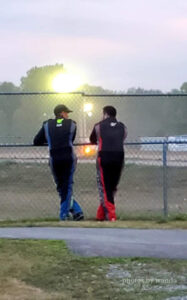 This season has started off well much like last season with consistency along with capturing a feature win two weeks ago, but as Travis mentioned, “The season is early and there is a long what to go yet, but the plan is to stay focused and finish each race .”

This story focused on Travis and the events leading up to his last season’s triumph. But there is more to it. His achievements have implications for the entire family.

The Bruno family has been racing since the early 1950s, with the boys Travis and Jason carrying on the family tradition set out by uncles Junior Bruno, Joe Bruno, and Bob Bruno competing in various classes around New York State.
Travis’ title honors this family’s commitment to racing.