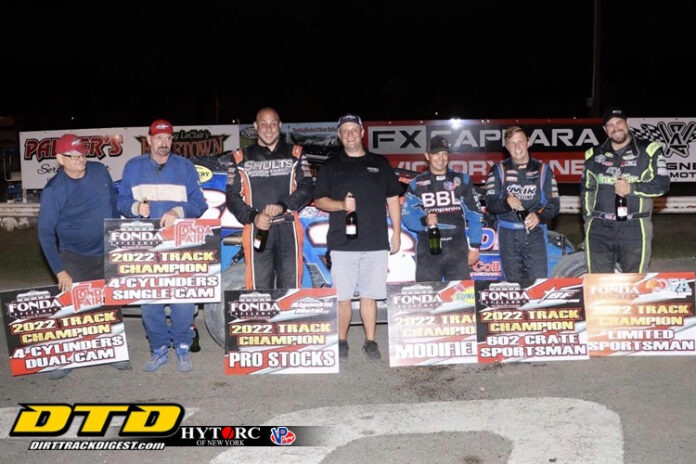 Demetrios Drellos of Queensbury drives the iconic No. 111 at Fonda and on Saturday the 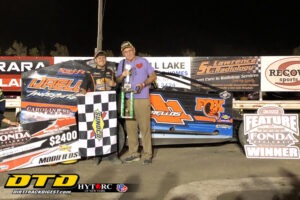 grandson of the pioneer car owner, Chris Drellos, stood in victory lane with the No. 111 to celebrate his second win at the Track of Champions.  His first win came in 2018 in the Nelson No. 85.  Demetrios also put the No. 111 in victory lane this season when he won the Bill Ag Match Race event on June 18.

Saturday night the 2022 champions were crowned and when the celebration began in victory lane at the end of the night it was Matt DeLorenzo of Cropseyville with the 2022 Modified crown.  The night began with three drivers in contention for the title with only 14 points separating the top three, DeLorenzo, and last season’s co-champions, Ronnie Johnson and Rocky Warner.

DeLorenzo said during the celebration that he originally didn’t plan on racing regularly for the 2022 season but when he began to run well the first few weeks the team made a plan that enabled him to race each week.

“My brother, Mike is the brains of the operation and Brian (teammate, Brian Gleason) both work very hard every week to try and figure out these coil cars.” 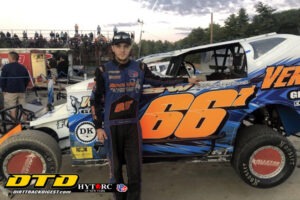 Walking through the pits at the Great Race Place on Friday night we stopped by the car No. 667.  The car number is a familiar one at the Malta oval and has been for many years and the driver, Matt Depew is a familiar face at the track also. Matt had his first win at the track on July 17, 2015.  He is now showing his nephew, 20-year-old Drew Cormie from Argyle the racing ropes.  Drew is in his second year behind the wheel of the No. 667 Sportsman after trying his hand first at Modifieds and finding out he did not have the motors needed to compete in that division.  The team had to make a difficult decision but has shown that sometimes you have to make difficult calls if you want to continue racing.  Drew found victory lane on May 21, 2021, and so far this season his best finish has been a sixth.  Owners of Drew’s car are his grandparents, Scott and Margo Depew and no doubt they are very proud of Drew’s progress so far in his racing career. 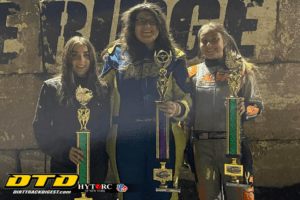 Glen Ridge may be a place for women in racing, Sunday evening three women posted wins in three different divisions at the track; Sloan Cherko, in JR Slingshots, Kristin Swartz in All Star Slingshots and Gina Voris in Four Cylinder (SOHC).  And there were several other female racers in competition on Sunday, Maddy Broedel, also in JR Slingshots, 14-year-old from Utica, next 15-year-old Alexandrine Boisvert of Fultonville in All Star Slingshots for her first time behind the wheel.  Behind the wheel of a Pro Stock on Sunday was Aubrey Theriault who now is off to North Carolina for her second year in college and Addy Pangman who was piloting one of the JR Slingshots.

We will be watching SummerFast on DirtVision this week when the Super DIRTcar Series travels to four different tracks in Central New York.

With Fonda on break, we will be heading to Utica-Rome this Saturday, August 20 for the All Star Circuit of Champions 410 Sprints and the conclusion of the Thunder on the Thruway Series.