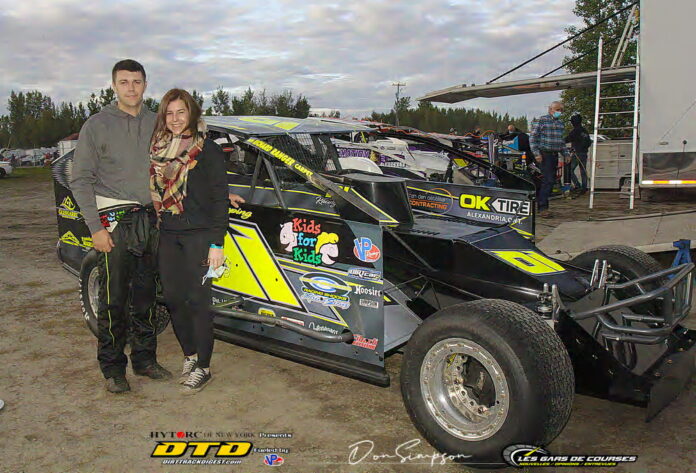 The 2022 season is winding down rapidly when it comes to the championship point battles at the Northeastern tracks. 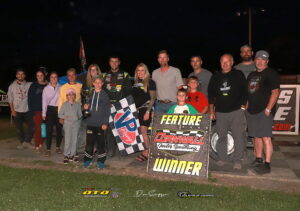 When it comes to three of these circuits, the name Chris Raabe jumps out. Chris is presently involved in a heated championship points race at Mohawk International Raceway, Brockville Ontario Speedway, and his home track, Cornwall Motor Speedway.

Success came quickly for Team 01 at the season opener at Mohawk International Raceway, picking up the feature win. 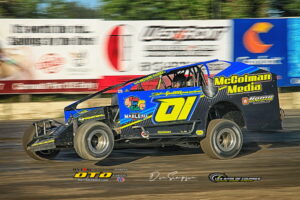 The 2022 season got off to a great start, but things can change quickly in racing, and as the campaign for the season went on, several mechanical problems started to surface.

But more success would come in the month of June, with another win during round six of the points chase at the Brockville Ontario Speedway. Two weeks later, the team parked the 01 in victory lane in early July, after picking up the feature win at Cornwall Motor Speedway.

The situation has not always been ideal, though, since Chris experienced a run of mechanical and motor problems that undoubtedly put a strain on their racing plans.

Regardless, Team 01 pushed forward, working through the mechanical issues and gaining more success as the season unfolded.

Chris said, “The Bicknell chassis seems to have us closer to where we need to be most nights to be competitive.”

With a perfect car set-up in the books along with Chris’s driving, the team produced three more wins over the coming weeks. 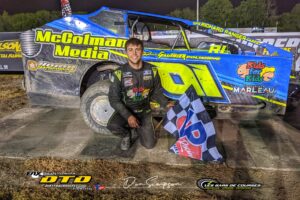 A week after his first win at Cornwall Motor Speedway, Chris drove his 358 Modified to victory lane during the first round of the Canadian Big-Block Challenge Series at Cornwall Motor Speedway.  Chris outperformed some of the top big-blocks on the Super DIRTcar Series tour to take home the $10,000 in prize money plus show points for the regular season points chase at the track.

Chris once again guided the 01 car to victory lane at Cornwall Motor Speedway over the past weekend.

However, this would be a unique triumph because it would be his first racing win as a father. His daughter, Blake Lynn Raabe, was born that morning at 6:04.

There will be some fierce rivalry ahead because drivers like Carey Terrance, Ryan Arbuthnot, and Corey Wheeler, who are all vying for their individual track championships, will be bringing their A-game to the track. Nothing is certain, so the team will have to work hard to achieve their goals.

To this point, It’s been a dream season for Chris and Emelie Raabe, who have been a part of the racing world their whole lives, who know that none of this would not be possible without a great crew and good sponsors. They are grateful for having both of these. 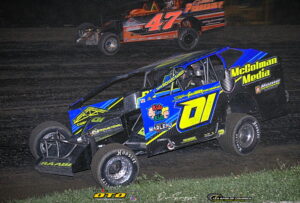 Chris, who is a realist at heart, is aware that success is never guaranteed, but with a little luck, perhaps he can maintain this momentum.
Time will only tell.

Chris said, “In terms of the point chase at our three-weekly homes, we will try to continue to understand the car more and more and hopefully that will give us speed which allows us to contend with the top cars. We aren’t focused on any other cars, just simply focused on looking after what we can control. “