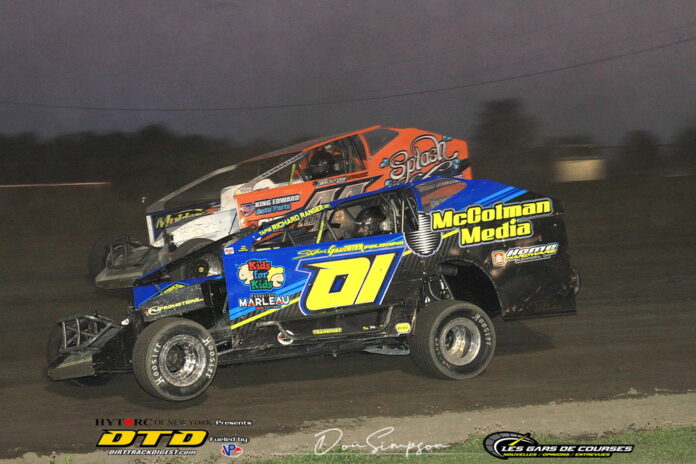 The focal point of the 2022 season at the Brockville Ontario Speedway will come down to the final points race on Saturday, September 3. Teams from all levels put in a lot of effort during the summer months for this one competition. The evening will crown the 2022 champions. 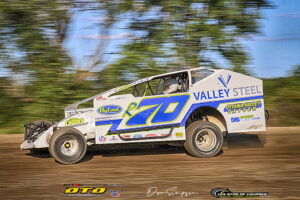 For the premiere class at the BOS, the 358 Modified, there are just 26 points between the top two drivers. Chris Raabe, who has been on a tear this season and not only at the Brockville Ontario Speedway, currently leads the points over Ryan Arbuthnot, the current track champion. Ryan, who has faced this situation before, is focusing on what he and his team can do to make it to victory lane each week and not on the points spread.

Ryan said, “I haven’t been paying any attention to the points. I knew we had some ground to make up so the focus has been solely on trying to win races and letting the rest take care of itself. We’ve had some bad luck throughout the season this year, some of our own doing and some out of our control, so the fact we are still in a position to have a crack at the championship is a testament to the hard work and perseverance of our team!” 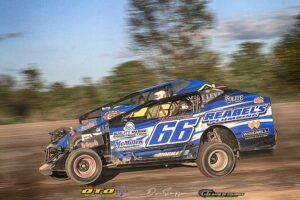 Running a close third in the points is local driver Johnathon Ferguson, who in the past few years, has transitioned from the Sportsman ranks to the Modifieds. Johnathon, who picked up his first feature win in the 358 division a few weeks ago, has eight top-five finishes this season and is still a deal-breaker when it comes to the championship.

Johnathon said, “I am just going to try to keep up with the consistent finishes and hopefully put it back in victory lane before the season comes to a close.”

The following two races will feature a fierce battle for points to determine this season’s champion and runner-up. These last weeks will be at least somewhat fascinating because each of these top five drivers has what it takes to win. 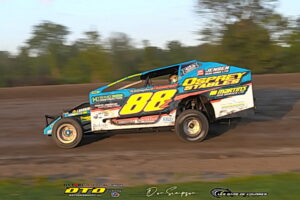 In the Sportsman division, it’s Bobby Herrington who has had the best season of his racing career. For the most part, Herrington has locked up the title. The big question is who will make the runner-up spot.

Team owner Dan Dawdy ways in on this season’s preference of his team.

He said, “It has been a good season. We are hoping for one more win from all the tracks we run and that will give us nine wins to match last year. It would be nice to get two more wins if possible. But we will take whatever the rest of the season has to offer. Yes, it would be nice to get a second championship, to have two in a row, but Bob does not look at the championship points until the season is over. Kim and I as car owners do like it when we see big points lead that takes some pressure off the team. We will take whatever the season gives us. It has been another dream season with one of the best drivers.” 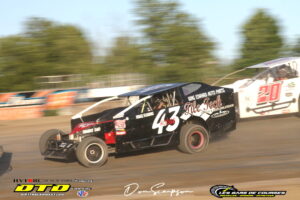 In the Novice Sportsman, this year’s new driving sensation is Shawn Hodge who has been turning some heads with his driving ability. Hodge, no stranger to racing on dirt, has two feature wins and an outstanding 11 top-five finishes this season and is one of the most consistent drivers in all divisions competing at the BOS this season.

The Street Stock division has once again seen the classic battle between Brett Horner, the current points leader, and Todd Raabe. Raabe who has years of experience will be a tough competitor to fend off, but Horner has managed to do so this season and only needs one more good race to capture the title.

Brett said, “September 3 is the last race. We broke a right rear axle this past Saturday night. So, we have some work ahead of us to be ready, but we will be ready for September 3. Our game plan is to stay clean and out of trouble. Stay in the top five and hopefully stay out of any wrecks. If we have a chance to get to the front, we will. We have a 21-point lead right now with one race to go.” 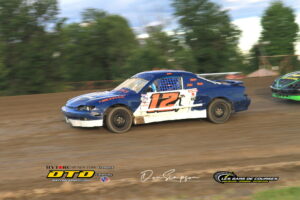 The Crate Sprint car is the one division that had the closest battle for the championship out of all the regular divisions with only 10 points separating the two lead teams, Both Ryan Poole and Lee Ladouceur are veteran drivers. Poole, however, clinched the 2022 championship this past weekend. 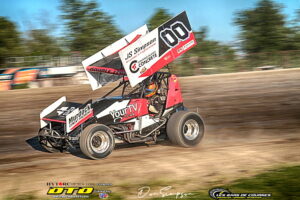 Ryan said, “It was a good season for the class, and to win the championship is amazing. The car count was a little lower than expected but tire shortages, parts shortages, and fuel prices kind of explain that. I felt like on the slick track I was pretty good, but I need to work on getting around a track like this past Saturday. I’ve raced Street Stocks, Sportsman, Crate Sportsman, and 358 and as much as I like my time in 358, it was tough. But I feel like this class and these cars suit me. It has been a while since I had fun racing, and the last two years have been fun.

“The class is competitive but laid-back at the same time. Racing, regardless of the class, is expensive. The Crate Sprints are pretty affordable in comparison to the Sportsman or 358. They are fun to drive. Sprint cars are pretty much a no-contact class, so unless you wreck, we don’t tear up too much equipment, which helps keep it fun and stress-free.

“I think we have some exciting things in the works for 2023, and I believe there will be some announcements about that in the next month. I ran a few shows at Can-Am and they were good. The track has made nice improvements and if they get a few more cars, they will have a good thing going over there and may appeal to some people who wish to race these cars at Brockville and may wish to race a second night or even a couple of times a year without hauling hours upon hours. We had lots of support from 1000 Islands RV. We had contingency sponsors that included KBD Transportation. Et Performance and Trailer Pros Canada.”

This final race will see new champions crowned or titles defended. Whatever unfolds this time, it will be in front of a grandstand full of fans, something that has not been seen since 2019.