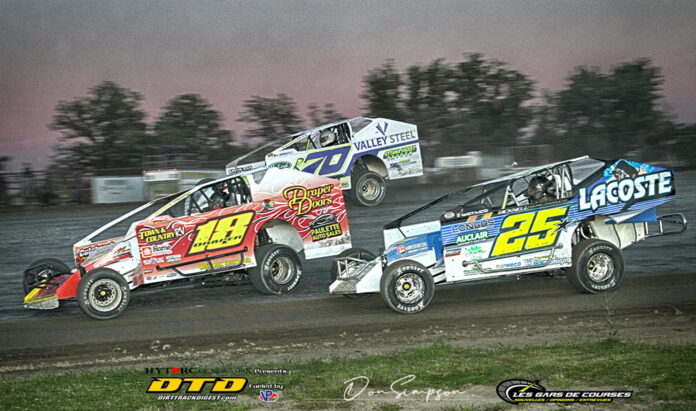 The King Edward Auto Parts-Carquest/Dirt Outlaw Apparel Fall Nationals at the Brockville Ontario Speedway is fast approaching with more than $70,000 on the line. For the 53-year-old track, this will once again be the year’s most anticipated event of the year.

The event begins on Friday, October 14. Both the 358 Modified and Sportsman Ogilvie’s Auto & Fleet Triple Crown Series final rounds will take place that evening. Additionally available this night will be the Street Stock and Vintage.

Once again, it’s a close battle for the 358 Modified Ogilvie’s Auto & Fleet Triple Crown Series. The current title holder, Ryan Arbuthnot has a slight lead in points going into the final round, but you never know when it comes to racing and the final round is not a given.

Ryan said, “The competition will be tough for the final round as there are some good drivers who will bring the A-game to the track this night. In addition, there will be some invaders there who will surely make things even tougher. We have to have a good time trial and hopefully qualify up front. After that, we will have to race hard and stay out of trouble and let the cards fall where they will.”

Tristan Draper, who is running a close second in points for the Ogilvie’s Auto & Fleet Triple Crown Series, has been on a tear the latter part of the season, picking up three feature wins at the BOS. Tristan is running just 12 points behind the frontrunner and would love nothing more than to pick up another feature win along with the title.

Tristan explained, “We will keep doing what we’re doing and getting the car prepared as best we can. All our cars are fresh since our wrecks mid-season. Our main goal is to win the race and if we get the title, it’s just a bonus. Ryan is really strong, especially at Brockville. He’s going to be tough to beat, but we’ve been running strong since getting in these cars so we will give it all. “

The Ogilvie’s Auto & Fleet Triple Crown Series for Sportsman Modified is much the same when it comes to a close battle for the points. Jessica Power, the current title holder, and points leader will also have to deal with not only the drivers fighting for the title, but the invaders who will be also challenging for the win. 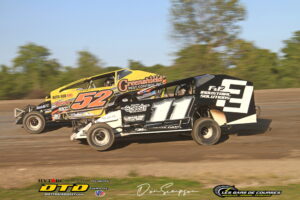 Jessica said, “I am excited to be leading the points heading into the last race. It is a very tight battle though and anything can happen. My focus is to keep doing what we have been doing all season. We would love to get at least one more win this season at Brockville so, hopefully, it will be the Ogilvie’s race and we can close out the championship.”

On Day 2, Saturday, October 15, will see the biggest race of the season at the Bullring, with a 100-lap feature event for the 358 DIRTcar Modified series, which will see the crowning of this year’s champion. This same night will also host the final 50-lap feature race for the DIRTcar Sportsman series. In addition, there will be the Pro-Stocks and Mini Stocks This will be one action-packed night of racing, which will get underway at 5:00 p.m.

Last year’s edition of the Fall Nationals was completed this past May because weather issues during last year forced the event to be postponed. The rescheduled Fall Nationals saw David Hebert drive away from the field, coming home with one of the biggest wins of his career. Hebert of

St-Damase, Quebec, has confirmed that he will be back this year to defend his title. Hebert, who has 20 seasons of racing in the Modified division, is ready for the Fall Nationals.

David stated, “I am going for the win. I have a really good car along with one of the best teams in the country. With this combination. I will do my best to put the Team ONE GM Paillé car back in victory lane this year.”

Track champion Chris Raabe will have his game plan set to take on the other drivers. Raabe, a tough, fast driver, will hit the clay at the Brockville Ontario Speedway to win.

Chris said, “For our team, putting together a seamless night starts with qualifying. Starting towards the front will be crucial because there will be many quick drivers that are capable of taking the win that night.”

Steve Bernier, who has won a feature event at the Brockville Ontario Speedway will bring his number 25 car in the hopes of repeating his success. Bernier, who is always a contender, is eager to get the car back into victory lane and will pull out all the stops for this event.

Steve said, “This race will undoubtedly be challenging. There are other drivers this season who have been running quickly, such as Corey Wheeler, Luke Whitteker, and David Hebert. We’ll stick with the engine program we’ve been using because it performed well this season, but we must set up the vehicle perfectly because there won’t be any margin for error when racing against these drivers.” 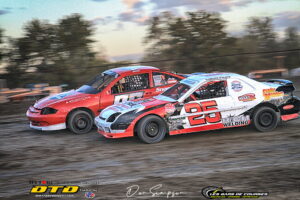 It’s much the same in the DIRTcar Sportsman ranks points battle for the North Canada DIRTcar region title. With drivers like Shane Pecore, Jessica Power, Dan Ferguson, and Adam Rozon, just to mention a few. The Sportsman division battle is very close this season, and any of the top drivers can win.

The Brockville Ontario Speedway, built in 1969, has seen numerous owners and changes over the years, but Paul and Cheryl Kirkland have transformed this track into one of the best dirt tracks in the Northeast. Paul introduced the idea of the Fall Nationals some 14 years ago and it has grown into one of the must-attend races anywhere in the Fall. 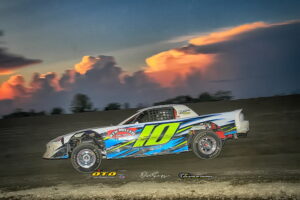 Paul and Cheryl have been humbled by the support of local businesses and the racing community who have all chipped into the prize fund to make this year’s King Edward Auto Parts-Carquest the Dirt Outlaw Apparel Fall Nationals a reality. Paul and Cheryl thank everyone for their support.

For registration and costs to this event or to book a camping spot, please contact Cheryl at tigger@ripnet.com. Stay tuned for further updates by visiting http://brockvillespeedway.com/ or by visiting their Facebook page.