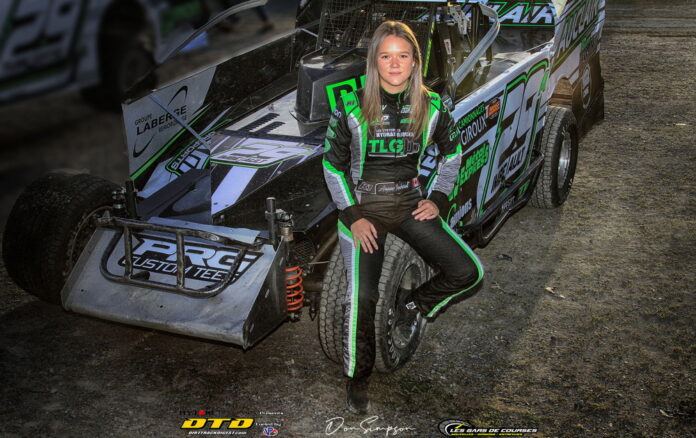 Team Auclair will undergo a dramatic shift in 2023 when it comes to drivers. Steve Turcotte will pull back from racing full-time. The team’s lead driver is shifting to a semi-retired role and will only compete in a limited number of races in order to spend more time with his family. 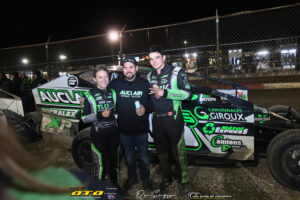 Since the inception of Team Auclair in 2017, Steve Turcotte has served as the team’s main driver. However, due to a change in Steve’s outlook on his racing career, Aryane Imbeault will now take over that position as the team’s most seasoned full-time driver.

Aryane began racing at the age of 15 in 2018,  in the Slingshot Division. Wanting more out of racing in 2020, Aryane stepped up into the Sportsman Modified division for some selected races.

By 2021, Aryane had switched to a full-time schedule in the Sportsman class, which happened to fall during the team’s best-ever campaign season. 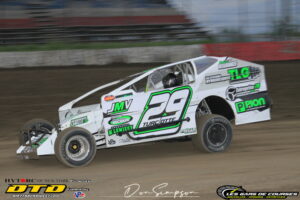 The 2021 season was a dream year for Team Auclair as Steve Turcotte captured the Autodrome Granby Track Championship for the Sportsman Modifieds.

Steve adds his thoughts on the 2021 season, “It was a dream season for us as when you finished first in the point standings and looked at all the good drivers behind you. You truly realize we’ve done an awesome job.” 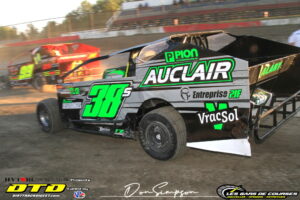 finishes, as they gained confidence. Since Ayrane has spent the most time behind the wheel,  she will effectively take over as the primary driver, but she and her brother Sean consider it a shared responsibility.

Aryane said, “For me, there will be no lead driver, as Sean and I will work together as a team.  I just want to have fun racing and strive for the win on any given race night.”

The sentiments of team manager/owner Philippe Imbeault are in line with Ayranne and Sean.  Philippe sees both drivers as equals, yes with different driving styles, but this will be 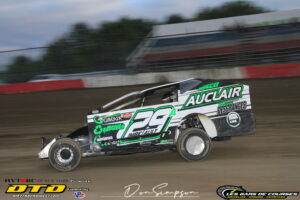 a plus in Philippe’s eyes. They can use their different styles to come up with a perfect car setup that might apply to both cars.

Philippe said, “Aryane has the most experience, but I want both Aryane and Sean to have the same visibility.

“The team will race regularly in Granby, along with racing at Le RPM and Drummondville. Both Aryane and Sean have different driving styles, but both have had very good results, and each style may help the team in car setup.” 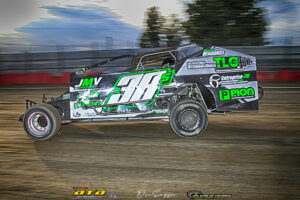 The upcoming season will be exciting for Sean Imbeault, Team Auclair’s second full-time driver. Sean has improved much in recent years and is coming off a strong campaign in 2021.

Sean has a similar vision to Aryane’s in that they will both work together harmoniously without any lead driver. 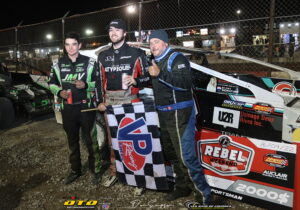 Sean said, “Both Aryane and I are very competitive with each other, that’s for sure, always trying to do the best we can.  However, we will function as a single unit. We will work together for sure, but we have two different crew chiefs, Mine is Michael Richard, and Aryane’s is Frederick Gameli, along with two different setups on the cars. For the next year, I’m striving to pick up a victory and will work very hard to get it. “

There will be a different vibe within the team ne     xt season as Steve steps aside somewhat from his primary role, but at the same time, a feeling of excitement as Aryane and Sean carve out their own legacies in racing.