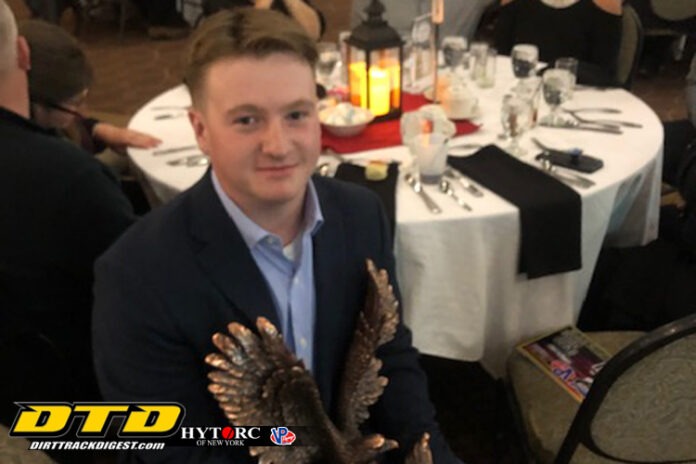 This past weekend was the annual DIRTcar Night of Champions at the Ramada Inn in Liverpool and luckily the lake effect snow that blanketed parts of New York State didn’t have too much effect on the attendance.

From the Capital District several drivers were on hand to accept a number of awards. 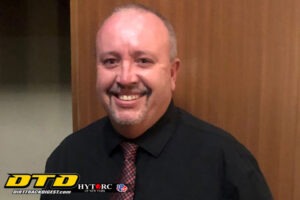 Jay Ingersoll had been away from driving a race car for ten years before  returning in 2022 driving the No. 97 Four Cylinder owned by Kevin Aucompaugh.  His sponsors include Palmer’s Service Center, JBHI, Bonded Building Materials and KAR-FAB Chassis.

Jay’s record for the 2022 season shows 12 wins at Glen Ridge, one win at Utica Rome and a second place finish at Albany-Saratoga.  When we asked him about being honored at the DIRTcar Night of Champions, he said he thought it was cool that the Four Cylinders were recognized.

We spoke with Zach Buff after he received his award, one of the special Eagle trophies and he was thrilled to have been able to receive the award.  We also asked how he felt about racing with his two brothers on a weekly basis and he said, “It’s fine as long as I’m leading.” 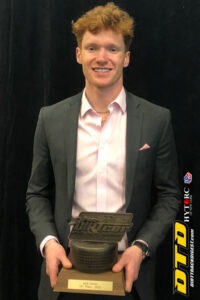 Jack Lehner completed his run in the Super DIRTcar Series Tour tenth in points and was another young star that was happy with the trophy and point fund money passed out at the banquet.  Lehner is an up and coming dirt track driver that puts much effort into his racing and also helps several other racers along the way. 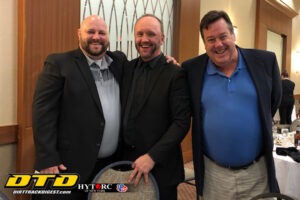 We shot this photo of these three gentlemen at our table on Saturday, not sure what it is they might be discussing but they were willing to pose for this photo.  It’s anyone’s guess as to what is in the works.

We knew that if Dave Camara continued to hang around racing as he did this past season that it wouldn’t be long before he would feel the urge to get back in the game and…..according to a Facebook post this past week Dave Camara is looking for a ride in 2023.  According to the post on social media, Dave would bring a small crew and sponsors to the table, so if anyone would like to discuss things in more detail, and possibly form a partnership, or even sponsor the team you can reach him on Facebook or on email at dave.camara.26jr@gmail.com.

If you’re still looking for racing in the Northeast, look no further than Accord Speedway on Saturday, November 26 and the annual running of The Gobbler.  On the card are the Modifieds running for $5000 to win plus Sportsman, Pure Stocks, Four Cylinders, Rookie Sportsman, and All Star and Junior Slingshots.  Spectator gates open at 12:00 Noon, hot laps at 1:00 pm.

If you aren’t looking to spend the day outside at The Gobbler then you can also still get your racing fix with a trip to the Saratoga Auto Museum for the annual Saturday after Thanksgiving Lost Speedways event.  This year’s list of participants for the “50 Years of Super DIRT Week” program are Richie Tobias, who led the field to the checkers in the rain shortened event in 1992.

Other panelists will include 1999 Syracuse winner Kenny Tremont Jr, Pro Stock kingpin Rob Yetman, who has won at both Syracuse and Oswego and Rocky Warner, a Syracuse winner in both the Pro Stock and Sportsman divisions who is now a force to be reckoned with in the modifieds.

Lunch will also be available for purchase from West Avenue Pizza and Deli, a big hit in 2021.  Museum members will be admitted free with others paying the standard museum 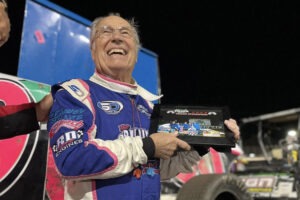 admission fee.  The Saratoga Automobile Museum is located on the Avenue of the Pines in the Saratoga Spa State Park.

Buzzie Reutimann, the ageless one, was crowned Champion in the DIRTcar UMP Modified division at Volusia Speedway Park in Florida for 2022.