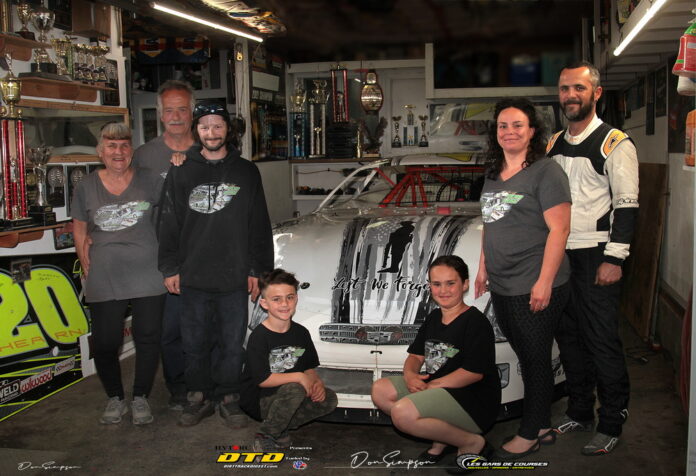 Bruno Richard had a storybook season, especially given that the Pro Stock Squad 72 is a modestly budgeted, homegrown collection of team members. 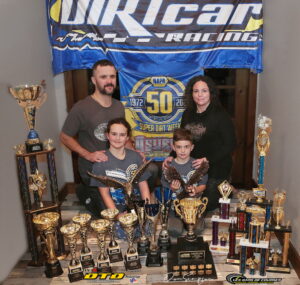 This family-run 72 team prepared the car each week at their home in Gatineau, Quebec, throughout this season, leading up to their championship win. Mom Johanne, dad Jacques, Bruno’s wife Isabelle, and children William and Melina helped with the preparations. Marc-Andre, another squad member, also participates.

When you consider that this team competed against the best in the division and won the 2022 DIRTcar Pro Stock championship in addition to the track championships at Can-Am Speedway and Mohawk International Speedway, plus the Cornwall Speedway series, along with 15 feature wins alone, you can fully appreciate the accomplishments of this group.

The journey to Bruno’s racing career began at the age of seven when he and his brother Max would race around the yard at his father’s body shop. Thirty-three years later, Bruno would compete in 40 races this season and travel more than 19 thousand kilometers. His route to the title began with the first race on April 15 at Albany and would end at Oswego in October. 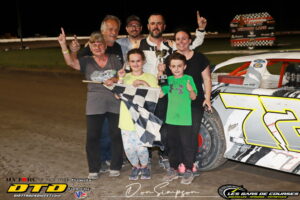 But it was the sheer determination of Bruno that proved itself, and in just three years after he began competing in the Pro Stock division, Bruno would win the DIRTcar Pro Stock title.

The mathematical plan worked, but the final step on the road to the DIRTcar Pro Stock title was to retire from racing, and with that, Bruno signed off from his racing career, and the car, trailer, and all the parts were sold.

Bruno was struggling with the idea that there wouldn’t be any more competition. He had accomplished his goals and was now focused on figuring out what would come next. However, all would change at the DIRTcar Banquet. 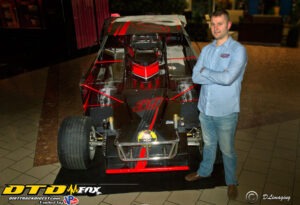 Tyler Bartlett, owner/promoter of Can-Am Speedway, approached Bruno about taking the wheel of a Bartlett family team car. Tyler explained, “I really caught him off guard. He couldn’t believe someone could be so kind to him, and his family. It felt like the right thing to do. It happened to be the right place at the right time. Bruno is a perfect example of a fierce competitor who shouldn’t be leaving our sport. Driving a Crate Sprint car is an affordable class, and maybe we will see him continue, instead of watching DTD Friday.”

Simply put, Bruno was taken aback by what happened between him and Tyler. The other big news that came along with it, though, was that the Can-Am Speedway will phase out the Pro Stock Class and instead concentrate largely on the 602 Crate Sprint division.

“We had the Sprints weekly last season, and we are hoping to build the division. I’m thinking we will see around 9-12 cars weekly and continue to grow each season. Once racers realize you can go turn-key racing for $15-20k in a sprint car. The class will take off,” Tyler explained.

With its close proximity to the Brockville Ontario Speedway, which runs Saturdays, this move to put the 602 Crate Sprints more in the spotlight at Can-Am will likely please the drivers who run at Brockville and vice versa. It could be a win for both tracks.

For Bruno, it will be a planned, step-by-step process, just as he did racing the Pro Stock car. It may not be the fastest approach to the transition into a Sprint Car, but this process has worked time and again for Bruno.

Bruno stated, “Only a few people know about the discussions Tyler and I had and the fact that driving a Sprint Car would be one of the few things I would like to try. Tyler and I talked about this at the banquet, and we will go one race at a time. I hope to understand how the car works in short order and show Tyler I can hold my place in the field and get faster as time goes on. After this, you never know where things will lead, or maybe I will buy a car of my own. But, as I previously stated, we will take things one race at a time and enjoy ourselves as we did with the Pro Stock.” 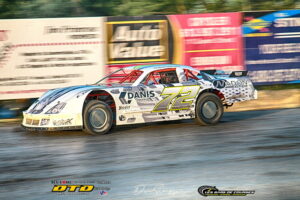 For Bruno and Tyler, this is a new adventure for both. Tyler, who already campaigns a car in the 358 Modified division with his brother Ryan Bartlett behind the wheel, will now enter a Sprint Car in the Bartlett Stables with Bruno Richard at the helm.

Even though the 2022 season has just concluded, the 2023 season at Can-Am Speedway is already shaping up to be an exciting one with five divisions scheduled. But for Bruno Richard, the newest team member, embarking on a new journey, this news couldn’t be better.

For more news of what’s on the slate for the 2023 season at Can-Am Speedway, please visit https://www.racecanam.com.