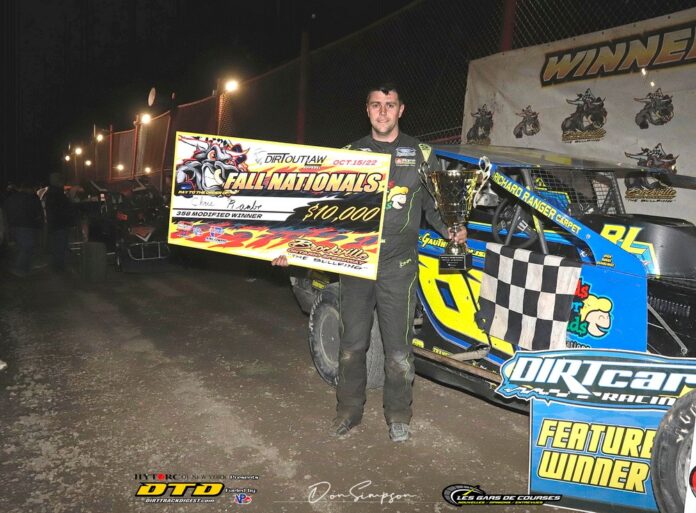 Most in the world of dirt track racing have heard the name Chris Raabe, but few know his true accolades within the sport. 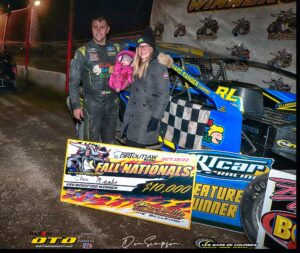 Raabe had a standout year in 2022, winning three track championships and cementing himself as a dominant force in the racing world. From the beginning of the season, Raabe showed his skill and determination, consistently finishing on the podium. His dedication and hard work paid off, as he earned three championship titles, the first at Mohawk International Raceway, followed by Brockville Ontario Speedway and finally at Cornwall Motor Speedway.

Despite facing fierce competition, Raabe remained focused and driven, ultimately earning the recognition and respect of his peers as one of the top drivers in the sport. The drive to win began when Mike Raabe, Chris’ dad, put aside his racing ambitions to help support his son’s dreams. 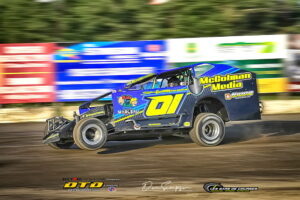 Raabe started his successful racing career in Karting at Can-Am Motorsport Park and Brighton Speedway with consumer motors and used chassis’. His first victory came in karting at Can-Am Speedway in 1999; from there the drive for winning became an obsession.

Since that first season, Raabe has achieved a great deal of success in his career over the past 24 years, with 231 Kart wins and 182 open-wheel Modified racing victories to his name.

Chris added 16 feature wins and 35 top-five finishes to his resume in 2022, to go along with his success in capturing a total of 10 track championships during the previous 12 years. Raabe is a strong competitor on the dirt tracks, and his tremendous resume of successes attests to both his talent and commitment to the game. 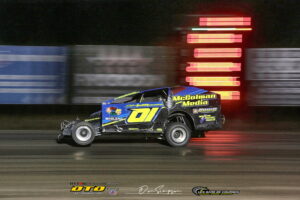 His 10 career championships serve as a testament to his hard work and determination to succeed at the highest level.

The season, however, wasn’t all a bed of roses, with numerous motor failures that set the team back and put a real strain on the team as a whole. But the team and Raabe’s driving ability to overcome these challenges and continue to perform at a high level is a testament to their skill and determination as racers.

Raabe said, “The quality of races that we won this year is what we are proud of. The season was almost over in the middle of the summer, but John and Madison Mulder, along with RL Race Engines, bailed us out and found a way to keep us racing.” 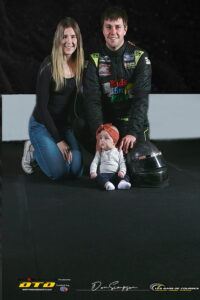 In the 2022 racing season, Raabe had the best performance of his career. He won numerous races and consistently placed in the top three, earning him multiple championships. Along with his success on the track, Chris and his wife Emelie also experienced a major life event as they welcomed the birth of their daughter. The joy of becoming a parent only added to an already impressive year for the talented race car driver.

So what’s next for the 31-year-old driver? Where will he set his sights on racing in 2023? 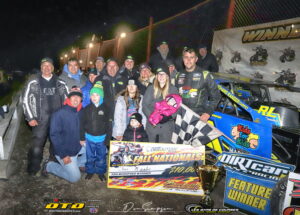 One source of uncertainty is that Raabe will not be racing at Cornwall Motor Speedway due to suspension of Chris’ dad Mike Raabe. In the other scenario, returning to Plattsburgh with the 358 division, the division is being reintroduced in a way that aims to crown a track champion. This approach will be more manageable, and Raabe would likely race at Airborne Speedway on Saturdays. Racing RPM and Drummond are the other options being considered.

Raabe said, “In terms of next year, once all the schedules come out, we will make a plan of where to race. Being under suspension at Cornwall will change where we compete.” 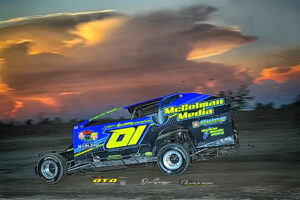 Raabe is sure to be a challenger regardless of where he and his crew choose to compete this coming season. Fans will get to watch one of the best in the business at their local track on a regular basis.

Chris Raabe has always been drawn to the thrill of racing. He has spent years honing his skills behind the wheel, and his dedication and determination have paid off. Despite facing challenges and setbacks along the way, Raabe remains committed to his craft and has a deep love for the sport. His passion for racing has led him to make the decision to continue competing at the highest level   and he is excited to see what the future holds.