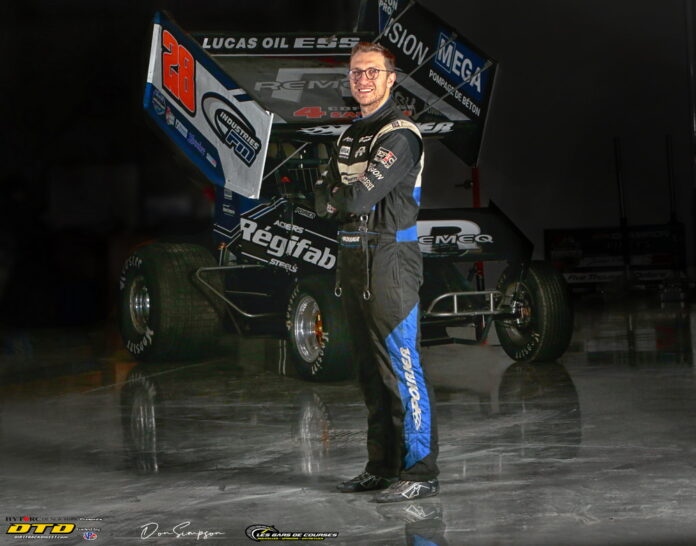 The past two seasons for Jordan Poirier have been a whirlwind of success for the young driver out of Quebec. Not only did he win the inaugural Pinty’s “Nights of Thunder” 360 Sprint Car Series in 2021 with dominance, he then went on to capture the Empire Super Sprint’s (ESS) Championship in 2022. 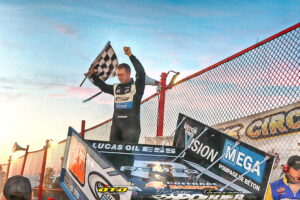 Jordan explains, “The last two years have been crazy, much more than we could ever imagine. Before these past two years, we missed consistency as we had some good and bad results. It seems as though the pandemic got us on the right track. I finally felt more confident behind the wheel of the sprint car. I put 100% of my concentration into trying to obtain the best results and everything seemed to be going in the right direction. Our 360 programs seemed to be in a good place. We know where we lack some speed and we hope that we can have an even better season in 2023.”

Jordan has long been associated with the Lighting Sprint tour which runs through Quebec, Ontario, and New York. Jordan has also campaigned for the team’s 360 Sprint Car at select races for several years, but the past two seasons marked the transition into the 360 Sprint Cars full-time. 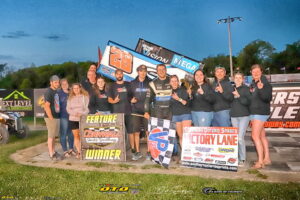 Jordan’s success as a professional driver began fifteen years ago when his grandfather, Alain Poirier, offered him the chance to race at Mont-Saint-Hilaire Kart Track. From that point on, Jordan was completely devoted to the sport and, in recent years, has become one of its most successful drivers in the 360 Sprint Car ranks.

The 2022 season, however, was not a cakewalk. The first half of the season started badly with the loss of their best car early in the game. By midseason, things were on track once again.

Jordan said, “It wasn’t an easy season. We destroyed our best car right at the start of the season, so we felt like we were behind the eight-ball, to begin with. Afterward, we constantly got ourselves in the front. But things turned around after our first win at Airborne Speedway. We then got on a podium streak, which allowed us to take the lead in points. It was a dream that I had cherished for a long time. I was ecstatic when the championship finished, which led to us finally taking the time to realize that we were the ESS champion in our first season. People do not realize the amount of work that went into this season which includes a lot of travel, and oftentimes only having one to two crew members most of the season, so it was great to achieve this long-time goal.”

What will 2023 look like for Jordan? The 2023 season gets underway on January 27-28 at Volusia for the Outlaw Thunder Tour. On February 3-4, Jordan will be racing at Hendry 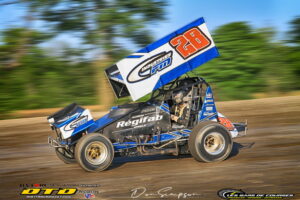 County Motorsports Park. After the Florida tour, there is a bit of downtime before the main part of the season begins with the first ESS series racing at Outlaw Speedway on April 15. The ESS series is a highly competitive and widely followed circuit, and Poirier, the defending champion, will be among the top drivers vying for the championship. In addition to his ESS races, Jordan will also be competing in select Southern Ontario Sprint series races, which are known for their high-speed action and close finishes. Additionally, he will be participating in some special events, which are often larger, high-profile races that are not part of a regular series. The upcoming season will be challenging for Poirier, but with his skill and experience, he is well-prepared to take on the competition.

Jordan said,   “Yes, it’s going to be a really busy season, and I’m looking forward to it. I’ve worked all my life to race at this level, and I want to enjoy it as much as I can and do as many races as possible. The main goal for me will be to win.”

Jordan Poirier has achieved great success in the ESS Sprint Tour, establishing himself as one of the top drivers in the series. His skill and determination on the track have helped him earn numerous victories and podium finishes, making him a formidable competitor and a fan favorite. Poirier’s success in the ESS Sprint tour is a testament to his hard work and dedication to the sport of sprint car racing.