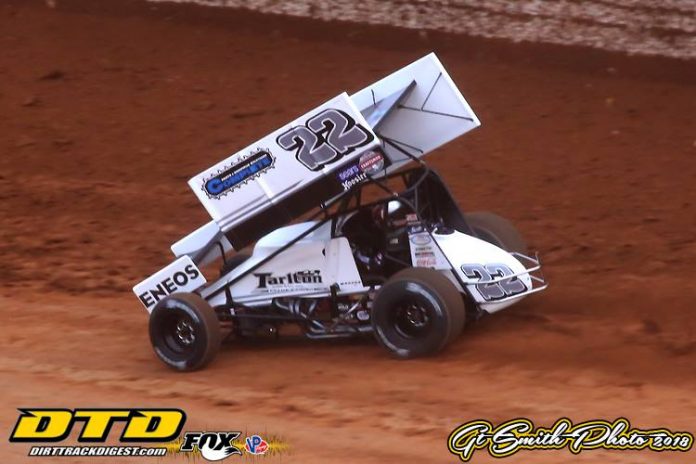 Twenty-two-year-old Carson Macedo started the year seeking the All Star Circuit of Champions title, but as the year ended he now finds himself in a full-time World of Outlaw ride for 2019.

Macedo is one of many California talents to find his way to the national scene this season.

Prepping for this weekend’s World Finals in Charlotte he said, “This is a qualifying oriented track and if you have a good time you are in good shape for the rest of the weekend.”

Macedo finds himself in a slightly different ride at Charlotte as he will be a teammate to Shane Stewart in the Kyle Larson racing stable.

Earlier in the week it was announced he would be driving full-time for Larson in ‘19.

He talked about running with the World of Outlaws on a regular basis and said, “I’ll approach it the same way I always do. I try to win night in and night out. I want to be consistent and drive hard.”

In regards to the World of Outlaw arrangement he said, “I had hoped that in time it would happen, but things just opened up and everything came together. I grew up racing against Kyle Larson and we knew each other pretty well.”

This year has been an interesting year as Macedo continued to grow.

He explained, “It was good overall as working with Joe Gaerte has been extremely beneficial. His assistance is just huge as a car owner and crew chief. We were trying to win the All Star Championship, but finished second in drivers’ points and third in owner points.”

Gaerte will be heading out on the Outlaw tour with him next year and that should help reduce the learning curve a little bit.

This season Macedo said, “We won seven races in the 3g, one in the 41 and one with TSR.”

One of those wins came at Knoxville in the 41.

He said, “That car was easy to get into as it was really fast. There was some pressure. Jason Johnson is an icon in this sport and there is no way anyone can fill his shoes. He was one of the best. That part wasn’t easy. It ended up being a fun day and it was so emotional to pick up Jaxx as the entire family had been going through tough times and to be able to put a smile on their faces was special.”

So fans can follow a new name on the World of Outlaw tour next year as Carson Macedo will be one of the travelers. 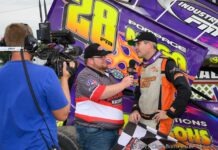 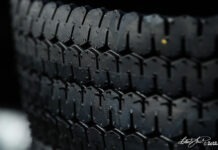 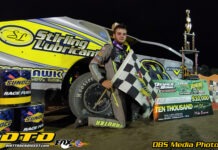