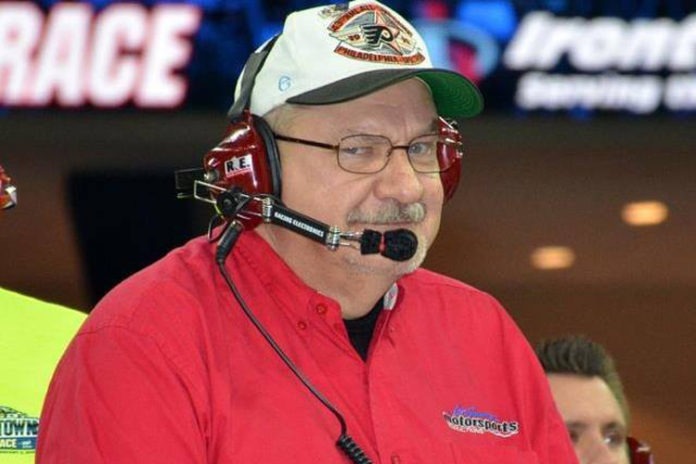 Jeff Gromis is a member of the Dirt Track Digest “family” and he has a long involvement in the sport dating back to the 1970’s.

He has done everything including writing, photography and more while even co-owning for a time Keystone Auto News based in Reading, Pa.

Gromis agreed to go Behind the Scenes for our exclusive series.


Jeff Gromis: “I was in the stands at Reading as a baby before I can remember. Dad crewed for Pauly Blatt and Bobby ‘Bup’ Berdon. I had an uncle who raced and another uncle who was track-side on the fire truck.”

DTD: What do you do in racing and how did it come about?

JG: “I do photography. Simply met Mike Mallett after shooting for over 40 years for Gater Racing and Keystone Auto newspapers.”

JG: “I wrote and did photo work for years, but I just love doing photo work now. I just find it so much more rewarding personally.”

JG: “I can’t travel quite as much or far now as I did when I was young.  I am now 63.  Also my legs don’t take hours standing on the infield as well as they used to.”

JG: “I do not consider my time as a writer/photographer as work, but I have been doing it since around 1973 or ’74. I’ve done press work at well over 60 tracks. I have been an official working at tracks since 1975 when I started doing PR work at Big Diamond. I have worked in various capacities at probably 15 tracks and am the NASCAR Chief Stewart at Grandview currently.”

JG: “I spent a full season in 1982 in Los Angeles at Ascot Park every week plus about a half dozen tracks from Calistoga to Manzanita.”

DTD: What are some of your toughest memories?

JG: “At Reading seeing Mike Grbac’s fatal crash right in front of me and at Canyon (CA) watching 410 sprint in terrible dust when I saw Johnny Anderson in so serious crash that they stopped the show, told us he passed away and sent us all home. It was bad and it was a really awful feeling, then two days later I found out they some how saved him on the way to the hospital and he was still with us.”

JG: “It has always been part of my life. It is a nice balance,… a nice get-away from my full time job as a Mechanical Engineer. I am currently the Executive Director of Facilities and Campus Services at Eastern University.”

DTD: Was your family involved with racing ?

JG: “I mentioned my father and uncles involvement. Now, my daughter assists me as an official at Grandview and does some photo work. She has a BA from Towson University in Fine Arts – Photography.”

JG: “Probably my dad, Jay. Everyone at the track knew him as ‘Tuffy.’ He stopped working on cars when I began remembering the races and he took me to many tracks, some that I can’t even remember. A few, like Langhorne, Hatfield and the like I can’t include on tracks I have been at because I cannot remember being there.