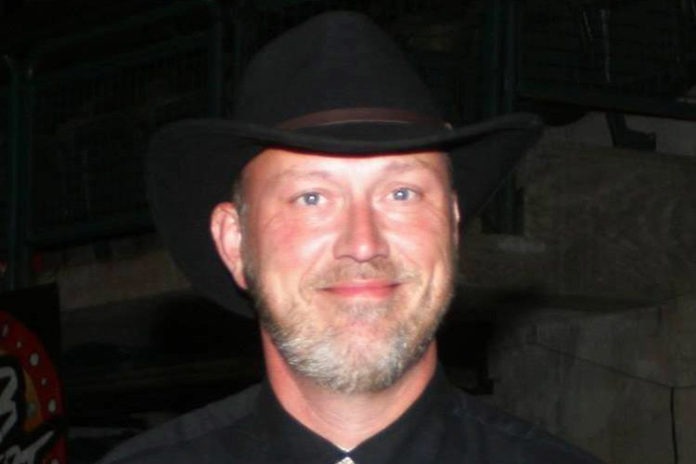 A life long passion can lead to a variety of accomplishments.

The latest Behind the Scenes contributor to grassroots auto racing has spent his life gaining experiences that many simply dream of.

Whatever you call him…”The Cowboy” or “The Small Guy” Paul Szmal has given so much to the sport and Dirt Track Digest hopes you get to know him a little better in our exclusive Behind the Scenes series.

Paul Szmal: “I’ve been around racing since about age five when my parents took me to Brewerton for the first time.  Growing up, it was a given that we’d be at both Brewerton and Fulton each weekend since they were close to home, but as I got older we started hitting different places like Spencer, Shangri-La, Skyline, Can-Am when it was still the big 5/8 mile, Rolling Wheels, Weedsport…the fateful day was when I finally pestered my dad enough to take me to what was the Empire Speedway in Brewerton (where NYIRP is now).  I had been there for speedway motorcycle races, but they had built a second track on the property that featured ATV racing on an oval and TT layout as well as ATV motocross.  The day we went, there was no announcer…and the promoter (Vic Oliver) came up to the announce booth and got on the mic and asked if anybody wanted to announce.  I was 16 at the time, had never announced a race, but I jumped in and called the rest of the show and was offered the job at the end of the day.  It was the first job I ever had (I hadn’t graduated high school yet) and that’s how it all started rolling (back in 1986).  I also remember you (Bill) letting me jump on from time to time when you worked at Brewerton, which was the first ‘stock car’ stuff I ever got to do (and thank you for that, by the way).”

DTD: What are you doing at track you are at? Explain duties as if no one understood what you do.

PS: “It depends on the track and the event.  At some tracks, all I do is announce the events, which puts me in the combo of doing play by play, color commentary, and plugging sponsors and merchandise/concessions.  I’m fortunate to work with a lot of great people who provide a lot of great stat info, but I also hit the pits before the race to chat with drivers and get information.

“Sometimes, I’m also taking notes during the races for the result story that gets posted on the track web site and sent to the media…and updating the track’s FB page with results in real time…while still announcing, which can get pretty hectic at times!

“When I’m doing TV it’s a bit different.  That usually starts with a conversation with the show producer/creator about what content we want to put into the show, followed by driver interviews, on camera bits (called ‘stand ups’) and then interviews with the top three finishers of the event we’re covering.  If I’m the pit reporter, all my work is done on site, but if we’re going to voice over the play by play and color commentary after the fact, then the final step is doing that work in a studio environment.

“When I do AMSOIL Championship Snocross powered by RAM, it’s a totally different combination.  We’re announcing to the crowd on hand, but we’re also live streaming, and we know select races are being broadcast on CBS Sports Network, so there’s specific bits of audio tailored for CBS that we need to get in while we’re announcing.  We’re also working in sponsor activation bits and other elements.  After the race, we do the ‘stand ups’ and any voice overs that might be needed, or I get a script from the producer a few days afterward and record the voice overs in the studio at my radio station group.

“Most of the time, I’m one of the first to arrive and one of the last to leave.”

PS: “For me, the thrill of calling a fantastic race and helping to enhance the entertainment value of the race is the best part.  When you get into that ‘zone’, it’s fantastic!”

PS: “Probably the travel…since I rack up a lot of air miles and car miles doing what I do (and almost all of it solo), when it gets really busy, the fatigue factor can set in.  I still hold down a full-time job outside of racing (as the Operations Manager of a group of 7 radio stations) so when things really ramp up during the summer months, I can easily go weeks at a time without a proper day off between the radio biz and the racing biz…but I’m grateful that I can do what I love and draw money from it.”

PS: “I started as a fan and I’m still a fan…I consume a lot of racing content in a week (which drives my wife nuts when I fill the DVR with races to skim/watch) and I follow a lot of different forms of the sport, but when I’m on the job, I don’t have a favorite.  I consider being an announcer means that you can’t openly root for one driver or team, it’s our job to call the action, provide some info and entertainment, and not make judgement calls on what we see per se.  I’m very sensitive to that, to the point that any racing apparel I wear to a track isn’t from any specific driver or team.

“It can be really hard to watch drivers you’ve gotten to know have runs of bad luck, or worse yet suffer crashes and/or injuries.  Severe accidents are the hardest thing to handle when you’re announcing because you want to provide what info you can for the fans, but you have to be very careful what you’re saying and be sensitive to the situation as it changes.  The protocols that I learned from announcing and directing Monster Jam events have proven invaluable in those kinds of situations.”

PS: “Wow, how much space do we have?  (LOL)  2020 is my 34th year of working in motorsports (that includes announcing, PR, TV, and occasional race director and flagger stints…yep, did that as well).  I can’t even begin to guess at a specific number of tracks I’ve worked at whether they were one-shots or regular places, that number is probably well over 100 at this point, stretching coast to coast.  I’ve done dirt/asphalt oval events, motocross, monster trucks, demo derbies, mud bogs…even the World Figure 8 Championship at the Indianapolis Speedrome, a 3 hour long Late Model Figure 8 race…that’s a tough one!”

PS: “The years I spent working on “This Week On DIRT” and “Rush Hour on DIRT” are among the best memories.  We had a solid crew that not only knew and understood television, but knew and understood the sport as well.  (Very happy to see Terry Rumsey getting inducted into the HoF this year, I learned a TON working with him, Pat Donnelly, and Scott Bogardus over the years).

“I remember when Harvey Fink bought the famous sound effect machine to use at Brewerton when Doug Elkins and I were tag teaming there…wonder if he ever regretted that (LOL).  Those were fun times!

“This might be hard to believe, but I’ve enjoyed working with EVERY announcer I’ve ever tag teamed or shared a mic with…we all have similarities and differences, and that makes it both challenging and fun.

“I’ve had fun at every track I’ve ever worked at and I’ve had the pleasure of working at places like Daytona and Indy, both of which I wouldn’t miss watching when I was a kid…it was pretty special to do events at those places even though it wasn’t the Daytona 500 or Indy 500…never thought I’d set foot on those grounds, much less work at those locations.”

PS: “The Kevin Fleming accident at Syracuse…we were doing a live radio broadcast of that event and knowing what happened and still having to call the rest of the show was incredibly hard.  (I remember you and I doing that one, Bill…)

“On a lighter note (but still tough) were the inevitable rain delays at Syracuse during SDW.  I remember one year (think it was 1999) where we were on air for hours before the race even started and were pulling our hair out to fill the time…that’s when you really have to get creative, and I’m sure the guys who broadcast NASCAR and IndyCar would tell you the same!”

“I don’t know how to do anything else (LOL)…I do what I do (radio and racing) because I love them and I’m passionate about them (to a fault sometimes).  I kind of feel like a performer except I can’t act, sing, or play an instrument, so this is what I do (laughs).”

PS: “Yes, but not in what you’d call a ‘traditional’ sense.  My late uncle was a champion motorcycle drag racer in his day, and my Dad ran motorcycle hare scramble/enduro events when he was stationed at Fort Dix in New Jersey.  Dad also drove in the Figure 8 class at Fulton and the Inverted 8 class at Brewerton a few times.”

PS: “My household were Richard Petty fans when I was a kid…maybe subconsciously that’s where the whole “Cowboy” gimmick came from!

“The late Arnie Pugh, who was the announcer at Brewerton and Fulton when I was a kid…a radio guy who did racing too…

“Definitely Joe Marotta, Jack Burgess, and Gary Montgomery…when I came to the DIRT circuit in 1991 to do the TV show they all taught me a lot and I spent more time listening to them than I did talking.

“Fred Osmun, because he was the first announcer I ever heard that incorporated being ‘funny’ as well as knowing his stuff.

“Roy Sova, because listening to him I learned how to be excited and kick things up a notch without resorting to screaming or having my voice crack.

“From a TV standpoint, guys like Bob Jenkins and Larry Nuber…having the chance to work with Larry doing DIRT stuff was another great learning experience.”