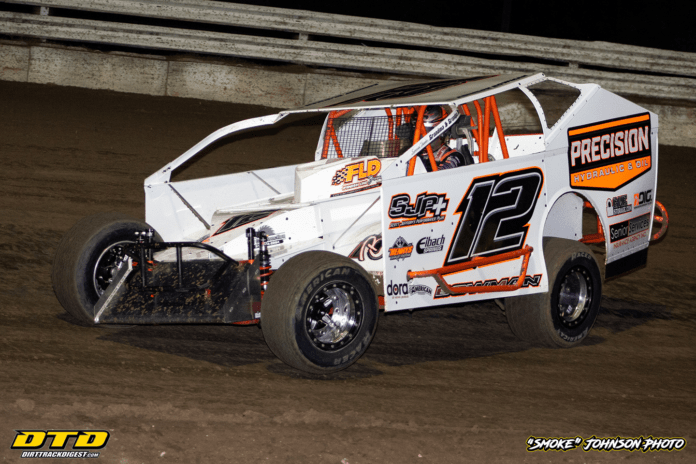 A couple of years ago Mexico, N.Y., Addison Bowman earned one of the six fast times for the Sportsman at Super Dirt Week.

With the DIRTcar Sportsman class up the road a bit in South Carolina it turned out that Bowman had been the first entrant announced by Brett Deyo to run the division in the second Sunshine Swing.

After finishing 18th on opening night at Bubba Raceway Park, he found himself second in two consecutive nights to Tanner VanDoren and Stephen Kemery.


“Well, we ran here instead of South Carolina because we have a house just 15 minutes from Bubba so it was much more cost efficient to stay right here,” explained Bowman.

He had never been to the track before and explained, “My expectations were to get use to my new car and a new track that I had never been on. At practice it was interesting to say the least as I would have grabbed the keys out of the water truck before they started pouring water on it for two and a half hours with no packer truck. We made a bad call on the tires for night one and that put us behind the eight ball.”

However, the team rebounded well.

Of the last two nights he said, “Two runner-ups was a pretty good start to the year and I really think it helps boost my confidence after what has been a long winter. The last night the 69K overdrove three and four twice and I should have been there to capitalize on it, but messed up as well. I feel like I could have won both of those races if it hadn’t been for lapped traffic.”

Continuing he said, “I have to admit the racing surface was like no other I have raced on. It changed almost every lap which made it very challenging.”

Looking at the three nights Addison summed it up by saying, “Overall, I’m happy on how the week went and can’t wait to head up to North Florida next week for a few nights of racing up there. I can’t thank my crew guys enough, Mike Walton, my dad, Mike Bruce, my grandmother and grandfather.”

Addison Bowman started on the asphalt in his mid teens running at Oswego, but said, “Asphalt wasn’t in the long range. This year we plan to travel with the Short Track Super Series as Brett (Deyo) does a great job and we would like to continue to support him.”