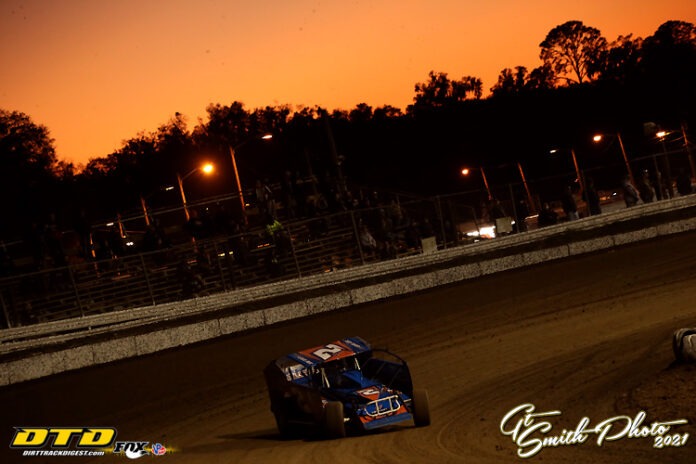 During the few days at Bubba Raceway Park for the Sunshine Swing questions are sometimes asked, by fans at the track or via my Facebook account. Sometimes answers are easy and other times not found at all.

So here were a few I received. Hope you find it interesting.

What Modified drivers were at All Tech last year for Deyo’s Sunshine Swing that didn’t come back this year?

No, he ran a small-block.

Will there be a third year for the Sunshine Swing?

All signs points to YES! This year he had a curve ball thrown at him as Lucas Oil took over All Tech for the week where he might have run. He reached an agreement with Bubba and brought the series about an hour south to Ocala. Brett was waiting for the Florida dates for ‘22 to be announced and Lucas Oil and DIRTcar released their schedules on Monday of this week. It I was a betting man I might be on All Tech for ‘22.

Last year there were just a few days between All Tech and Volusia and several drivers did both. Do you think the earlier date for Bubba will hurt the Volusia field?

I have come to an uneducated opinion that Yankee Modifieds will have two separate Winternational type tours. There will be what Brett Deyo runs and what DIRTcar runs. Most of the Short Track Super Series cars are big small-blocks and certainly not dirt legal. Certainly there will be some overlap of with Matt Sheppard, Erick Rudolph, Billy Decker, Peter Britten, Max McLaughlin and possibly Anthony Perrego running both. However, DIRTCar core of Super DIRTCar Series drivers will be at Volusia. I really think there will be two separate Winternationals.

Will Tyler Siri bring his three cars to Volusia?

No, Tyler owns four big small-blocks and those are the only type engines that will apparently be in the racing stable engine compartments this year. So only Florida racing for Tyler Siri, Danny Johnson and Jordan Siri was at Bubba. Tyler also anticipates supporting only the STSS tour this year.

What was deal between Matt Sheppard and Jimmy Horton?

Well, in their Saturday night heat race there happened to be several restarts and they were in the front row. It was a chess game or head game going on of one slowing down or the other speeding up. Frustration was beginning to set in and Horton wasn’t very happy with Matt. Eventually Horton was knocked out of contention with a flat tire, but at the end of the race the cars were lined up along the front stretch wall (sort of like Brewerton) awaiting the next race to hit the track. Horton pulled from the back to alongside the 9s. There were signs of dissatisfaction.

Mike Mahaney has been t-shirts what’s the story on them as Billy Pauch Sr., Billy Pauch Jr. and Mahaney are on he back with Mahaney, Senior and Junior top to bottom?

Mike said that they are listed for track championships from last year. Mike captured the Albany-Saratoga title thus “A” and Billy Sr. won in Bridgeport while Billy Jr. was champ at Georgetown, Delaware. So that is the reason. Someone said, “Junior is so low that if they tuck the shirt in there are just two drivers on the back.” Seriously though Mike said he was amazed at the job Mandee Pauch did on the shirts from the original concept to the final product.

What did you think about the week?

Well, it is becoming more obvious just how good the Modified drivers we follow are. No one had been on this track before and Florida surfaces simply are unpredictable. The clay (sand?) provide zero consistency, but despite not being able to find grip they found speed. Deyo runs an efficient show with just two classes with the only break for the draw. Racing started a bit late each night around 7:20 p.m. which I don’t think made him happy, but 10:30 p.m. was the latest. He ran the Mod main first. I think the three hour limit was what he was going for. Racing-wise if the Stewart Friesen and Erick Rudoph battles are what STSS fans are going to see it will be worth it and toss in Matt Sheppard, Mike Maresca in the 12A, Mike Gular (who lost the North title last year by Friesen by 2 points), the missing Mat Williamson along with a host of other cars as Billy Pauch Jr, Billy Decker, Tyler Siri, The Doctor, Tyler Dippel, Jimmy Horton, Danny Bouc, Andy Bachetti along with others who will pop up and this should be fun. Too many guys had bad luck at Bubba. Two destroyed cars with Peter Britten and Stewart Friesen wrecking heavily. Would I do this again? Certainly!