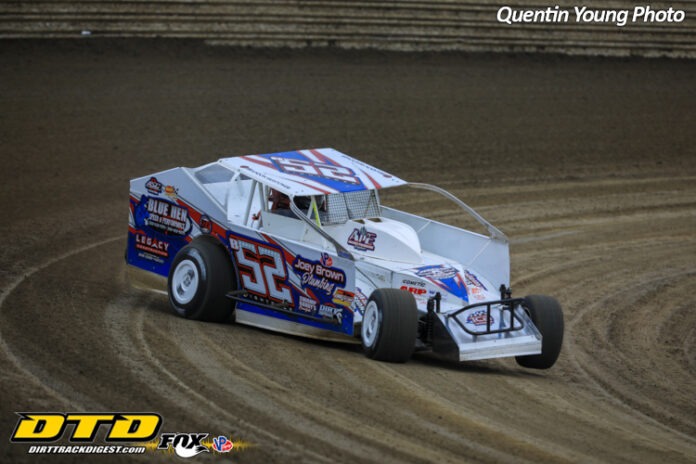 He’s from Louisiana and probably never thought he would be doing what he’s currently doing, but Brandon Hightower could be living a dream this summer.

Hightower became enamored with the Northeast style modified and purchased one from the Mills Racing Team.

After suffering a serious injury last November in a non-racing accident he was determined to do something many folks dream of and few even attempt.

He said, “I will be running both the Super DIRTcar Series and the Short Track Series in ‘21.”

So this Cajun, who has a wide range of racing experience, which has included Super Late Models as well as NASCAR Trucks and Xfinity, will be a regular in the Northeast after he has decided to definitely jump into the deep end of the pool.

He was instrumental in getting Mods to Chatham Speedway which eventually evolved into the Short Track Super Series Cajun Region.

He came away from Bubba excited as he said, “I really thought we got better as the week went on and on the last night started 30th and finished 14th. I really began to feel comfortable, but these big-blocks racing here at Volusia are totally different.”

In the feature he completed 19 laps to finish 26th.

However, there is always tomorrow and tomorrow could be better as Brandon said, “Stewart Friesen came over to help me today and try to tell me what to do and not to do. He said he would be back to help me more. I couldn’t buy that type of help.”

So Hightower continues his quest.

He felt comfortable in the big small-blocks, but now he has to adjust to a totally different animal…the DIRT legal big-block.

You get a feeling this guy isn’t going to give up.