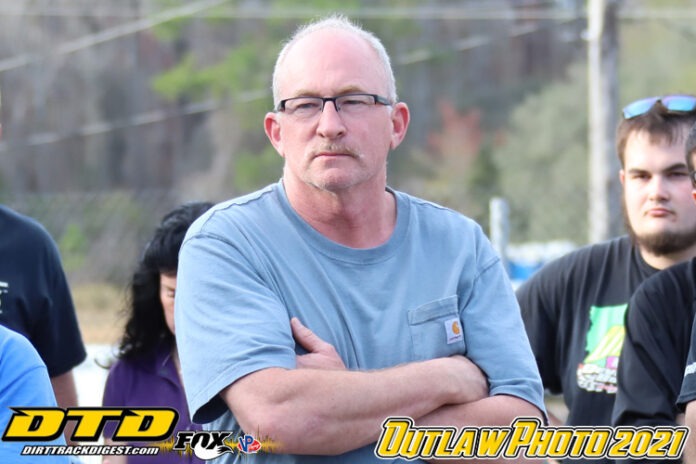 On night four Decker continued his consistency to remain in contention for the championship gator only to fall short due to Mother Nature.

His third place finish saw him continue to move up as he has a second, two thirds and a fifth and is among the most consistent drivers at this year’s DIRTcar Nationals.

The 91 is a brand new Bicknell built over the winter and this has been the shakedown, get the car ready for the regular season trek.

Decker is familiar with the area in and around victdory lane as he said, “We like parking on the frontstretch here, but would like to be a little further down. We’ve been consistent all week, qualified hit or miss, but have raced real well which is the important part. That has me excited to get the season going for sure.”

The night before he finished a disappointing second to Max McLaughlin.

Prior to racing action on Friday night Billy reflected by saying, “That was probably the best the car and I have been combined since we got here. We are pretty close taking small steps. We aren’t exactly 100% there just yet.”

His momentum in the late going of that feature really made it appear that he was ready to pull off the win, but in the late stages as it appeared Billy was ready to strike Max made a defensive block as the pair entered turn three.

When asked about that move, Billy shrugged and said, “When someone signals you with the sticks to move up you move up” and that is exactly what McLaughlin did to capture the win.

The upcoming season will see Billy at Brewerton on Friday night, chasing the Super DIRTcar Series with the Gypsum team while running for Jeremy Smith on the Short Track Super Series.

He’s one of the legends of the Northeast who never seems to age behind the wheel.