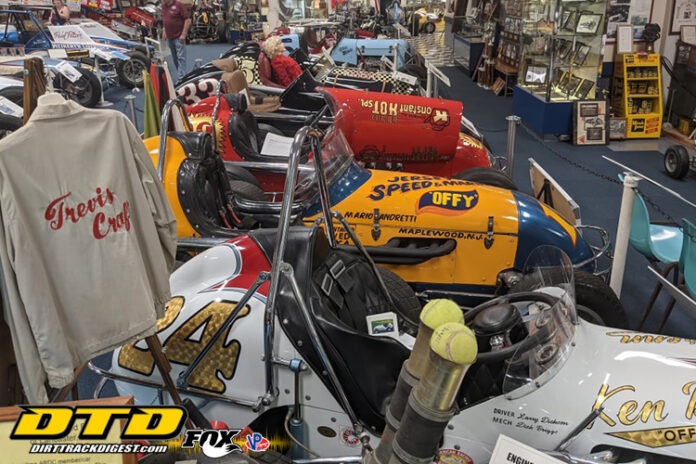 “I want to stop there someday.”

Over and over again as I’ve traveled along Route 15 south of Harrisburg, Pa., I see the sign and am tempted to make a turn, drive a mile or so to the east to see what that sign is all about.

Well, along Route 15 THE place to see is Gettysburg, but that isn’t the sign I see that draws my attention.

There is this Weikert Sprint Car hanging on a sign that says Eastern Museum of Motor Racing.

So finally, I was fortunate enough to make the turn toward the Lattimore Fairgrounds. 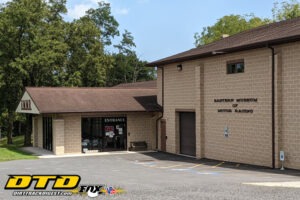 The hardest part of getting a chance to visit is that this volunteer run racing treasure is open on only Friday, Saturday and Sunday and closes at 4 p.m.

So a couple of Fridays ago it was shortly after 3 o’clock when we made the turn toward the long awaited Americana roadside stop.

I pictured an old barn loaded with history, but instead found a modern brick and mortar structure with a huge parking lot.

If you are a fan of Eastern Motorsports, be it Midgets, Sprints, Drags or Modifieds this is a must see. If you are among the elderly type, you will be awashed in memories. 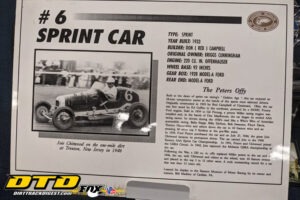 This place is packed with history and it starts as you walk into the lobby where just a few paces past the gift store there is a salute to Mario Andretti. Certainly, everyone remembers Mario in F1 or Indy Cars, but many might not be familiar with his three quarter midget and the Rufus Gray owned USAC topless Sprint car sitting directly in front of a wall packed with Andretti early day memories. 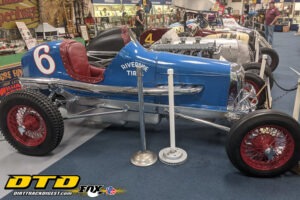 As you turn the corner Midgets are recognized with a Hall of Fame wall and the evolution of the Mighty Midgets.

Curator Lynn Paxton said, “There are 100 years of Midget and Sprint car racing in this room. We have it in historic order, except for one piece back there in the corner,” as visitors move to the evolution of Sprint car racing.

Legends, both drivers and cars, are recognized as the 1955 garage of Tommy Hinnershitz has been recreated with the items taken directly from the legendary driver’s garage in Oley, Pa. 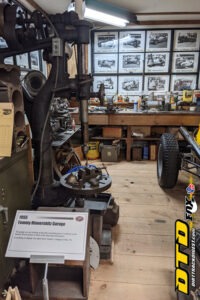 You can linger over some of the historic cars including the Peters Offy which was built in 1933 and ran during Sprint cars “Golden Age” which after being drive during the 30’s by a who’s who of drivers including Babe Stapp, Billy DeVore, Bob Swanson, Floyd Davis and Tommy Hinnershitz was eventually the car that Joie Chitwood drove to 10 feature wins and earned the 194- Eastern AAA Sprint Car championship.

Even though the displays are memorable, Lynn Paxton is ever present to proudly discuss this wonderful exhibition. 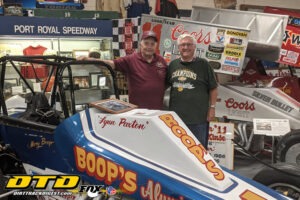 He said, “I own several cars here, but many others are donated for display by their owners. Each car is labeled quite well with the history of it and we make certain to recognize those people who have allowed us to display their cars and memorabilia.”

Paxton has a tremendous memory and talked at length about the Billy Pauch 140 plus speed lap at the New York State Fairgrounds.

He said, “I did 133 and it’s funny I never felt the speed whatsoever. Many guys talk about how it feels to go that fast, but I didn’t sense the speed at all. Driving Syracuse was a trick. Billy Pauch taught me how to drive it. He walked me down into the first turn and showed me where to lift. The secret was you don’t lift in turn one.”

In regards to the rest of the track he said, “You stay in line in the backstretch and you never do anything between turns three and four. All of the passing comes down the front stretch and in the first turn.”

He knows the history of each and every piece in the museum and I have a feeling he could spend the afternoon sharing engrossing stories with visiting fans. 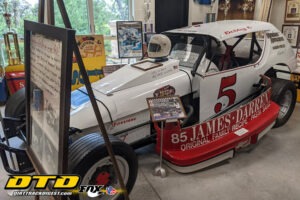 As I continued there were several East Coast drag racing machines, but aside from the open cockpit I had to climb to the tight quarters of the second floor for Modifieds and, yes, Supermodifieds.

Bobby Gerhardt and Johnny Botz cars were on display as the legends of some of the most histories track such as Reading, Nazareth and Flemington along with many others were front and center. 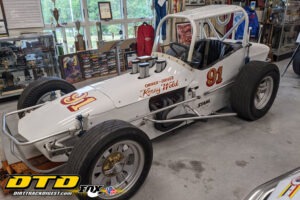 The beautiful early Supers of Bobby Abel and Kenny Weld also were on display.

If you wanted to linger at EMMR there are all sorts of memorabilia on the walls throughout. You could stop and read or you could simply do a walk thru.

The Eastern Museum of Motor Racing is admission free and you can simply leave a donation.

As I visited the gift shop and my wife purchased a couple of shirts as a 70th birthday presents, I had a feeling that I had come home. I had stepped back in time and memories of races of my teens and early 20’s flooded back.

This is a must stop for any race fan and it is what you find when you get off the interstate and see the back roads of America.

Thank you Lynn Paxton and all of the volunteers who make EMMR possible.

A few more photos from Bill’s trip to EMMR. 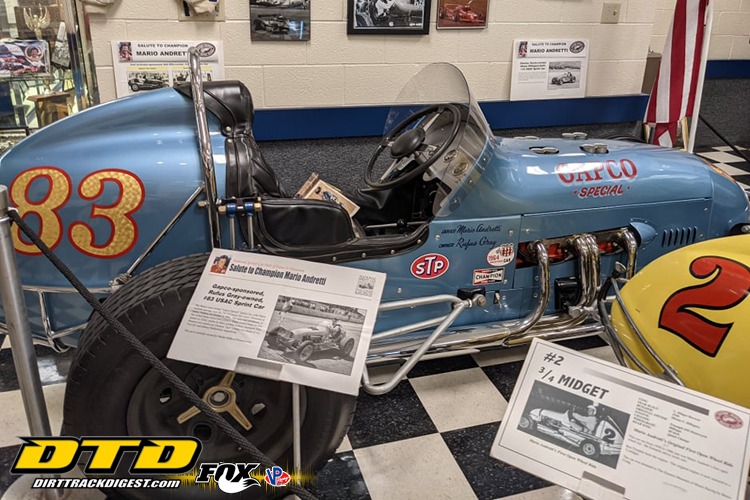 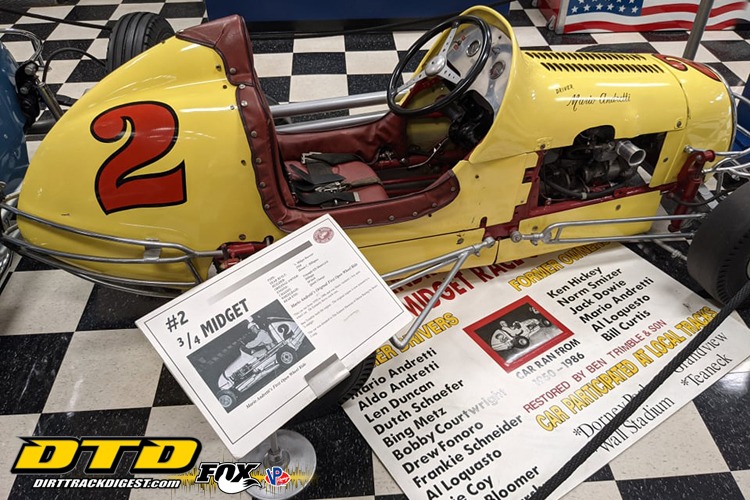 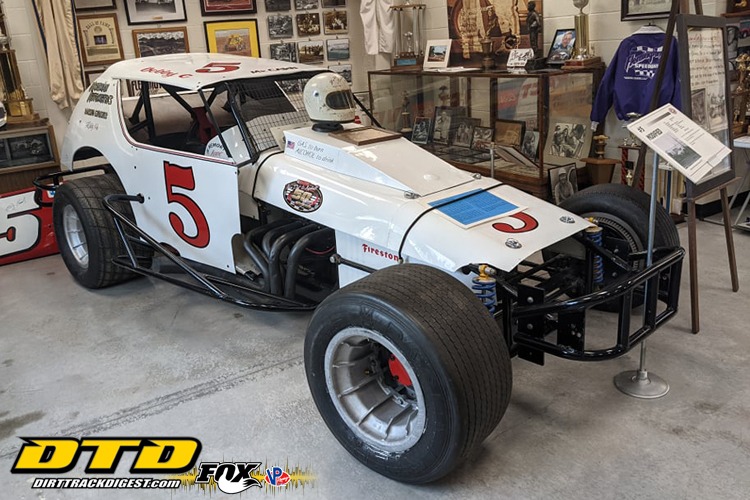 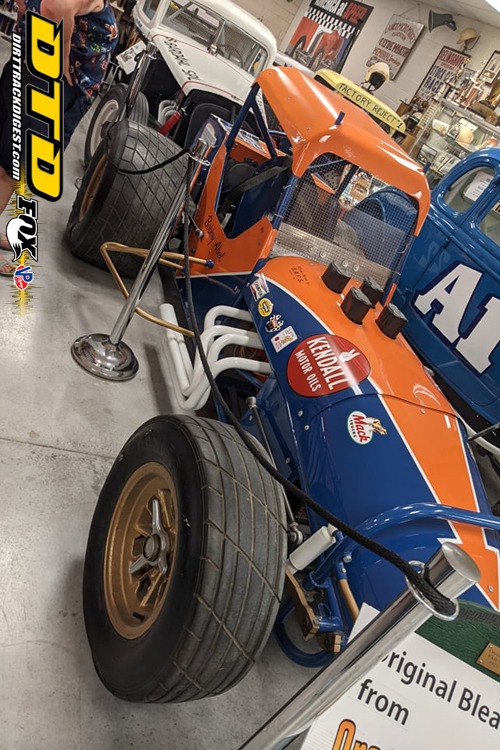 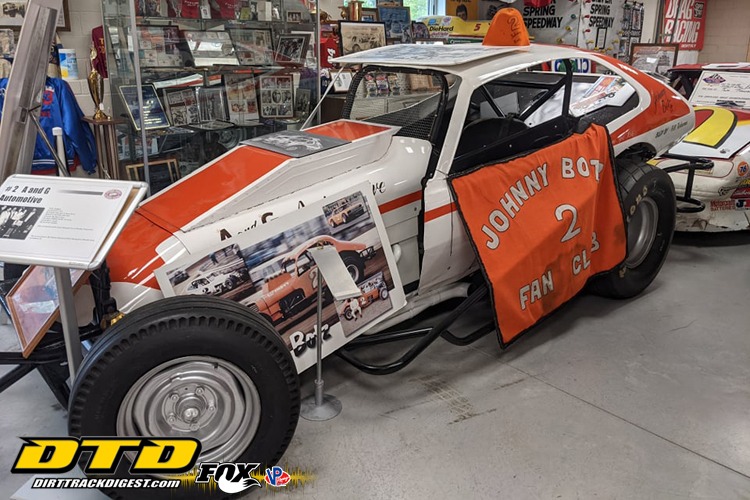