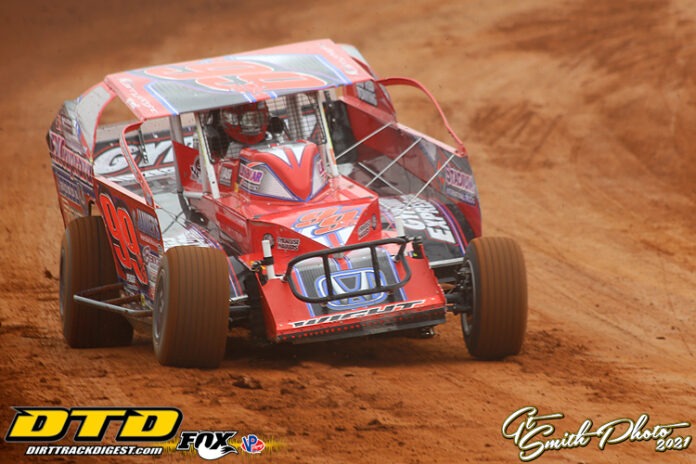 The Big Red Team of 2022 will look nothing like it has for the past quarter century.

Larry Wight, Billy Decker and Pat Ward made up a pretty formidable team accounting for
numerous track championships and an extended number of feature wins.

Several weeks ago owner John Wight decided it was time for major changes and completely
shut down Decker and Ward’s teams.

Thus leaving only Larry Wight to represent the Gypsum Express colors when the new year
arrives.


Even for Larry there will be some significant changes.

John had said that Larry would run weekly and would not compete on the Super DIRTcar Series Tour.

While at The Dirt Track at Charlotte, Larry took some time to talk with Dirt Track Digest.

He has come a long way from an impatient teenager to a mature, highly competitive driver
and Wight will still be chasing the gold next year.

Larry said, “We will be racing Friday and Saturday night, but really not sure where we
will go on Saturday. We will pick and choose the big shows and go where the money is. As far as Sprint Ca,rs go I think it will just be the 360’s and maybe a 410 race if they are in the area.”

When asked if that means he could be running some of Brett Deyo’s Short Track Super Series he indicated that was a possibility.

Life has changed for the younger Wight.

He said, “I’m in the fifth year of our new business. We have 60 trucks and 14 more on on
the way. We didn’t have a lot of experience in the dump truck type of business and we had to pick the brains of many people. Right now I work 60 hours a week, and with two young daughters, about 60 hours at home. That leaves the rest of the time for racing and that
isn’t a lot.”

So changes come and times change.

For Larry Wight it means just one big red rig will pull into the pits, but even that might
be gone as at Charlotte he had his white Sprint Car trailer as the motorhome pulling it was necessary for his wife and daughters.