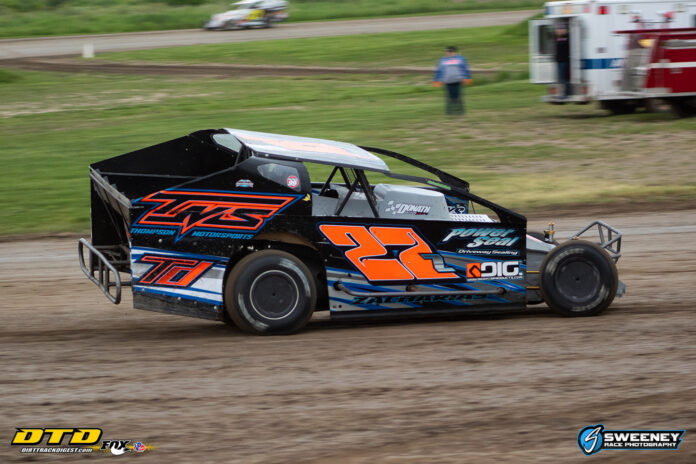 Central New York 358 Modified and Sportsman driver Dylan Zacharias will be stepping up his game when the 2022 season takes root.

Dylan said, “The move to big-block was pretty unexpected to be honest. I received a call over the summer from a pretty big supporter of mine asking if I wanted to get an engine and give it a go next year. We had plans of getting it in for the end of this year, but time just wasn’t on our side.”

Continuing he explained, “Billy The Kid will be working on the big-block and he’ll be the go to guy for that stuff. My small-block stuff will be Donath Motorworx engines. We have added a new Bicknell to our fleet of cars. That will be the big-block car with the plan being right now to keep our Troyers and use them as small-block and crate cars.”

What are his plans?


Looking forward to ‘22, he said, “My shop will be in Palermo (NY) and our plans for Friday nights look like we’ll be at Brewerton with the big-block, but depending on a couple of situations we could possibly end up at Can Am with the small-block. Then on Saturday’s we will be at the Land of Legends every week with the big-block. Then we will hit some mid-week stuff when time allows with both the big-block and small-bock.”

Dylan started out as a highly competitive Sportsman driver where over five years he was a threat for the checker every time out, but made the next jump just a short time ago.

He said, “I did 358 for a couple of years. One was the COVID shortened season, but I feel like we came a long way in those couple of years. We had some really solid runs and some not so great runs.”

Zacharias, despite his young 24 years, has plenty of experience in the racing wars.

“In 2016 and 2017 I was at HBR going racing with Max (McLaughlin) when he first came up here,” said Dylan. “Then in the winter of 2017 I heard Rich (Scagliotta) and Peter (Britten) were looking for a full-time guy. I started there in December and have been there ever since,”

Continuing he noted, “Peter and Rich both play a huge role in my racing and life in general. I have a lot of help and support behind me and I couldn’t be more thankful. R&R really came along a couple of years ago and this new adventure wouldn’t be possible without them. Dave Thompson Motorsports, Billy Whittaker Cars and Trux, Power Seal, Dig Race Products, Henry’s Exhaust, Ken Unger Racecar Wiring, Troyer Dirt, Troyer Manufacturing and my whole family have helped me get to where I am at.”.

He talked about the impact that the team drivers have had on him as Dylan said, “My work with Peter has definitely taken me to a level I probably wouldn’t have gotten to by myself or at least as fast as I have. I hasn’t been only from the driving side, but the mechanics of a car as Peter is so good at that. He understands the nuts and bolts of the car and that has changed how I build my own cars and how I work on them.”

So what are his expectations?

Like every driver he possesses lofty goals, but also understands that there are some more realistic than others.

Dylan noted, “My goals with the big-block are to run top five and maybe grab a win before the year is over, but my realistic expectations are hopefully to run in the top ten consistently and I would b e happy with that.”

So the big-block division will have one more car added to the rosters in 2022 as Dylan Zacharias is ready to go.