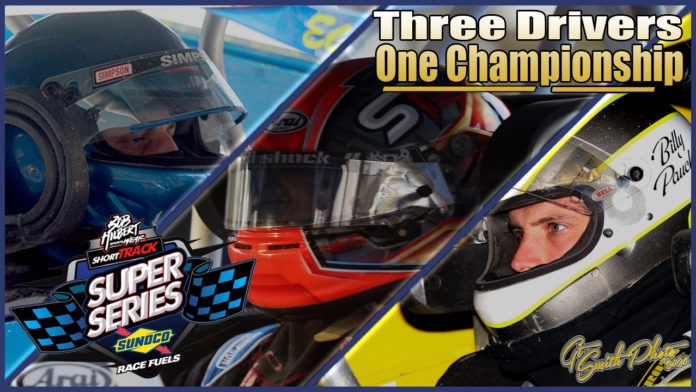 GEORGETOWN, DE – The Short Track Super Series season comes to a conclusion today, with a 44-lap, $7,000-to-win shootout at Georgetown Speedway. While the race should provide the usual fast-paced Georgetown action, there is a race within the race to settle the 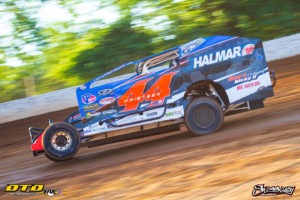 Friesen has tallied 660 points in seven events this year. At 620 points, Pauch trails by 20 markers, while Sheppard is further back at 595, 65 points back.

If Pauch wins the race, Friesen needs to finish fourth or better to lock up the title outright. 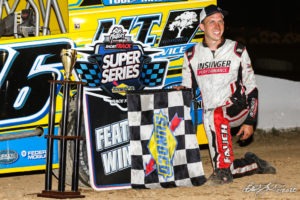 If Pauch wins and Friesen finishes fifth, they tie. The STSS rulebook does not list tiebreaker procedures, but assuming the tie is broken on wins, Friesen enters the event with three and Pauch with two. However, a win tonight by Pauch will complicate things more, placing both drivers at three victories.

If this race followed the 100 point scale, Sheppard’s name likely would not be mentioned, but the added points give Sheppard a shot at the big trophy. If Sheppard wins, Friesen needs to finish 16th or worse, and Pauch 11th or worse. Given the consistency of Friesen and Pauch, this is definitely unlikely, but anything is possible in racing. 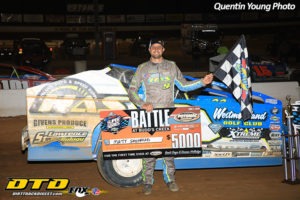 One unique part about the Short Track Super Series compared to other Modified series is a drop week in the points. Friesen and Sheppard used their drop weeks at Big Diamond Speedway on 6/16, where Sheppard had mechanical issues and Friesen ended his night upside down. Pauch used his at Delaware International Speedway on 8/11, where motor issues sent him to the pits in the midst of a strong run. All three drivers used their drop weeks on finishes at the tail of the field, so absolute chaos is possible at the top of the standings in the event of Friesen or Pauch having issues.

Racing action begins at 5:00pm, with the Super Late Models and STSS Sportsman joining the Modifieds on the card. Can’t make it to the track? Like every Short Track Super Series event, tonight’s race is online at DirtTrackDigest.tv for just $31.99.