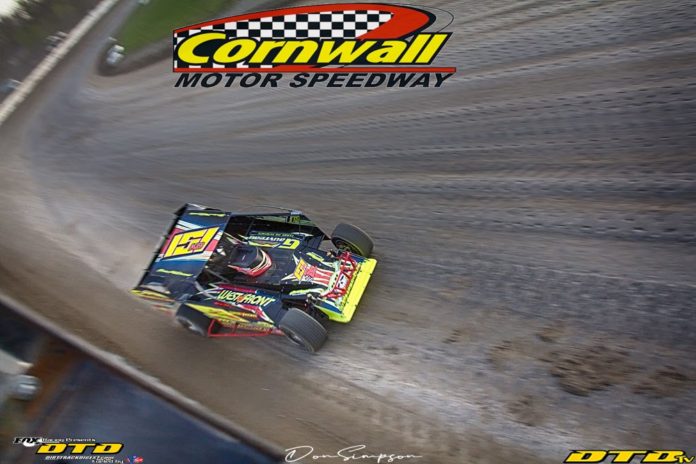 This past weekend hosted the first round of testing and numerous teams took full advantage of this opportunity to get some laps in and test their car set-ups. There will be further testing in the coming days. All of this is to prepare for the recent news in that Cornwall Motor Speedway will host the “Back to the Track 50” for the 358 Modified, along with a 50-lap race for Sportsman Modified. This is a big step amongst a partial lockdown still in effect in Ontario.

The track’s owner and promoter, Raymond Lavergne, decided quickly to get things moving once the Ontario government relaxed some of the COVID-19 restrictions.

Raymond explained, “I sat down and figured all my costs and options. Once the Ford government gave the green light, I decided to host a race that very day.  The government said we were allowed to hold practices or race without fans, so I decided to try both, practice along with a race.”

Raymond then joined forces with 360Nitro TV to secure a time and date in which the race could be broadcast live, as there will not be any fans allowed at the track due to the COVID-19 restrictions. Once the race was announced, teams began their preparation in earnest.

There will be secured spots for Cornwall Speedway’s regulars in both classes, but ten spots will be opened up for any team who wishes to race the 50-lap event

Claudie Lavergne, the Speedway’s administrator, provided the details.   “Thirty spots will be available per category. Priority will be given to the drivers that have supported Cornwall Motor Speedway in 2019 regularly and have finished in the top 20 in one of the two classes.” 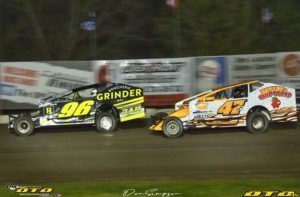 The remaining spots will be open to any Modified and Sportsman drivers that wish to compete; drivers must pre-register themselves and their four additional crewmembers.

If we exceed the amount of 30 participants per class, we will proceed with a draw “live” on Facebook on May 31 to confirm the remaining positions available to race.”

With this announcement, local teams jumped at this opportunity to race, as we do not know if there will be any subsequent events during the summer. 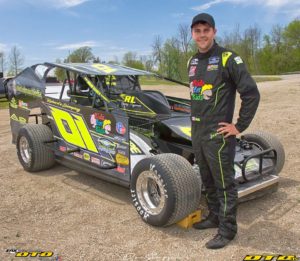 Chris Raabe, 358 driver and former track champion, put his name in the hat.

Chris said, “I’m looking forward to finally getting back to racing on June 6 at Cornwall, even though it’s under unusual circumstances. We have put together what we feel is a competitive combination for this season. In terms of our season schedule, we are still in a holding pattern with the COVID-19 restrictions. This unprecedented health situation has really put the season in jeopardy, but hopefully the race at Cornwall will spawn similar events until we get through this.” 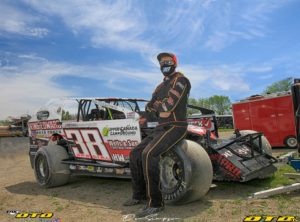 Luke Whitteker, former Canadian National Series Championship at Cornwall Speedway, has also put his name into the hat for this 358 event.

Luke stated, “This Spring I was transferred from the Sarnia Coast Guard Base to the Prescott Base to continue my project engineer position. Although I enjoyed Sarnia, it is good to be back in the Northeastern dirt mod area. I’m looking forward to hitting the track for my first race of 2020 at Cornwall Speedway. It will be a great opportunity to get back in the seat and shake the dust off. There are a lot of great drivers and teams that will be there on June 6. The stout Cornwall competition is what makes racing there so exciting and rewarding. I hope with some of the hardships we’ve had to overcome with COVID-19 that teams and promoters will find creative and innovative ways to continue racing and keep growing the sport we love.” 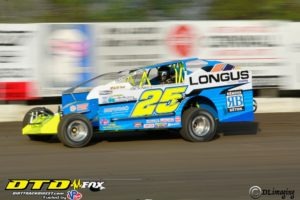 “Yes for sure we will be at the race on June 6. We are also looking to get some testing in before the event. It’s been difficult for our team to get all that’s needed to be done on the cars for this season as most of our crew stayed at home during this time of quarantine. This disease hit Quebec hard and health officials were setting large fines for any gatherings in our area. So most of our team stayed away because of this situation. So my brother, Francois, and I were left to build the cars on our own, plus running our family business. So we were quite a bit behind schedule, but I think in the end we will be good for the June 6 race.” 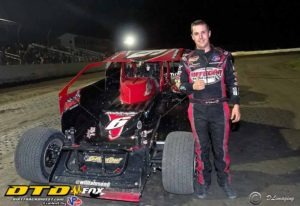 Super DIRTcar Series Champion Mat Williamson has also put his name in the hat and will be striving for one of the 10 open spots available for the draw, on May 31.

Mat mentioned, “I talked to Raymond about this event. We then registered for the race and, if possible, I would love to be there. If we are elected in the draw, we will be there. Can’t wait to get back up there!”

It will be a long haul for the St. Catharine’s driver but it would be a great addition to the line up for the special race.”

It is much the same for the Sportsman ranks as teams get their cars set and dialed in for the June 6 event.

One of the rising stars in the Sportsman ranks Gabriel Cyr is for sure overjoyed to get back to some racing. 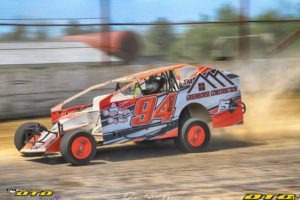 “Obviously the circumstances aren’t what we’re all used to with only limited crew members and no fans. It will be definitely different for sure with no fans in the stands and following rules to be able to race. But at the same time, it’s good to finally be back at the track again and there’s awesome work being done by the Lavergne family to be able to put all this on for us race car drivers and still have a live feed by 360Nitro for fans to be able to watch from home!” 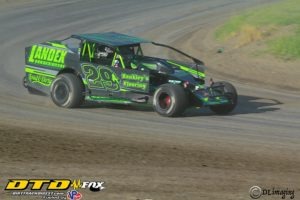 Another long time racer in the Sportsman division at the Cornwall Speedway is Justin Desrosiers who has been working hard over the past months, even during the pandemic.

“The ambition and hard work going into getting the 2020 season as we continue to get over this pandemic in a safe matter is no easy task. Teams have been having a hard time getting parts to complete our cars due to border closures. This sudden change in facilities holding practices and races without fans, some teams, like myself, scrambling to get things prepared. Generally I’m at least ready to race, but some final pieces to my puzzle are just arriving now. The competition will be strong as usual for both divisions, but we will be missing many US teams since the border still won’t be open. As long as everyone keeps their heads screwed on right and tries not to win on the first corner on the first lap, it will be a good show as usual.”

These are unusual times, but Raymond and his team at the Cornwall Motor Speedway have taken on this challenge and, with any luck, will pull off one of those races that you just can’t forget  — all in the comfort of one’s home.

The green flag will drop on this historic race at 7:00 p.m., live from the Cornwall Motor Speedway with the pre-race show starting just after 6:00 p.m.

For those fans wishing to see the race, it can be be purchased from 360Nitro TV at www.360nitro.tv .