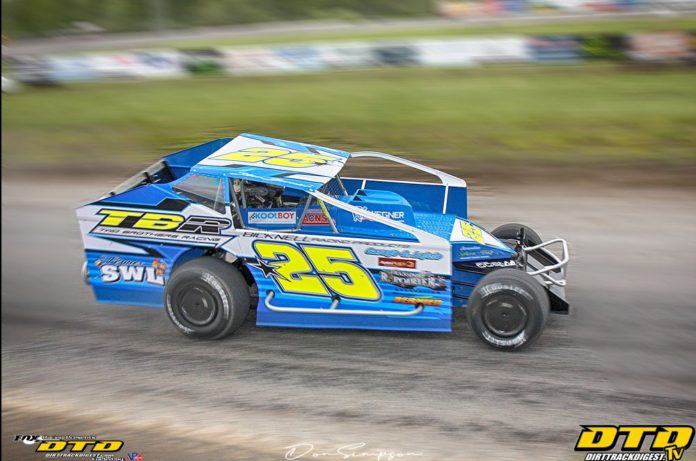 The “Lockdown Showdown” set for Saturday, June 13, will see a number of drivers from Quebec and Eastern Ontario make the long hall down to Humberstone Speedway to challenge the best in 358 Modified drivers in a classic East versus West. This race will undoubtedly be one of the biggest races in the history of this 63-year track. 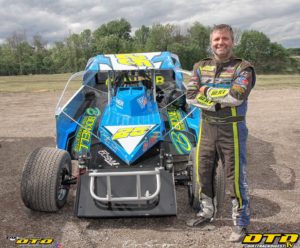 Steve Bernier, the 2019 Track Champion at both Autodrome Granby and Airborne Speedways, will make the trek down to Humberstone for this showdown in the West.

Bernier worked hard this Spring to get the team up and running amongst the Covid-19 lockdown. Some of the team members were absent because of the strict restrictions placed in Quebec for any type of gatherings.

This past week, the team did some testing of the cars preparing for the Cornwall Speedway’s first event of the season on June 6. After that, they will race for the first time ever at Humberstone Speedway.

Bernier and his brother, Francois Bernier, put together the team’s cars with limited help from other team members.

Bernier said, “Yes for sure we will be at the race on June 13. We are also looking to get some further testing before the event. It’s been difficult for our team to get all that’s needed to be done on the cars for this season as most of our crew stayed at home during this time of quarantine. This disease hit Quebec hard and health officials were setting large fines for any gatherings in our area. So most of our team stayed away because of this situation. So my brother, Francois, and I were left to build the cars on our own, plus running our family business.

“This coming weekend we will be racing Cornwall Speedway and we are looking for some good results. With the limited amount of races scheduled, I then decided it would be a good move to race at Humberstone the following weekend as well. It’s always good to get more exposure for the team and to get the chance to race against some good drivers in the Western region. Yes, we were quite a bit behind schedule, but I think in the end we will be good for the June 6 and 13 races.” 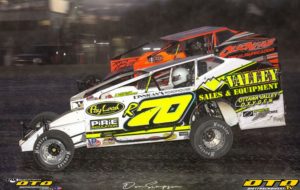 Arbuthnot explained, “I’ve only been to Humberstone one or two times before, but remember the clay to be different than what we are used to seeing. I’m sure the locals will have an advantage, and there is a bunch of quality cars down there for sure. Basically, I just want to support any Canadian tracks trying to put on a race during these difficult times. With not being able to cross the border yet, our options are limited and with not knowing how much racing we will get in this summer, we will consider traveling outside our normal tracks.” 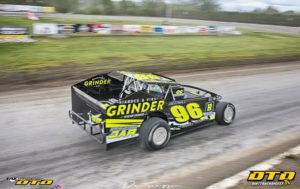 Another Quebec driver looking to make the June 13 race is J.F. Corriveau. He moved up from the Sportsman Modified ranks a number of years ago, and has been campaigning a 358 Modified at Granby, Le RPM and Cornwall Motor Speedway over the past few years and is looking forward to this new challenge at Humberstone. 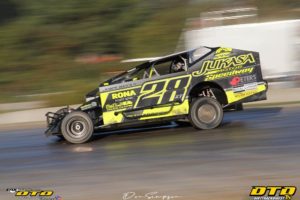 This group of drivers from the East will absolutely have their hands full, as there are some very talented drivers in those regions such as Super DIRTcar Big-Block Series Champion Mat Williamson out of St. Catherines, ON. Also out of the Western region is 2019 Merrittville Speedway Track Champion Gary Lindberg who is always a tough hard-charging driver.

Mike Bowman is another really talented contender out of the Western region who was the runner-up for the Merrittville Speedway Championship.

Then there is the old master Pete Bicknell who has over 400 feature wins along with countless track championships, and in 2019 finished third in points at Merrittville Speedway at the tender age of 64. 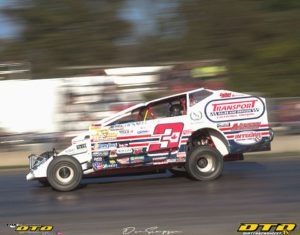 Finally, the newcomer Dalton Slack of the famed Slack Racing Team has been weaned into the driver’s seat over the past few years and is one of those young hard chargers that is always in the thick of things.

The “Lockdown Showdown” will be one of the significant events, a once in a lifetime amongst a world pandemic.

Humberstone Speedways David Bitner said, “It’s been amazing! The fields are stacked lol. I think we have all the top guys in Modified and Thunder Stock racers in Canada other than Stewart Fresien!!! I’m so glad this is televised because it’s going to be an outstanding show! This will put Humberstone on the map as a Sunday night destination in the Niagara area as one of the premier facilities to watch great races! I can’t thank all the drivers enough for making this such a special event. Eastern vs. Western drivers are going to be superb. It’s basically all-star teams from different racing regions from across Ontario and Quebec descending on Humberstone to fight it out on live TV!! Making it a must-watch race.”

The race will be televised live and with a top-notch field of drivers. This should be the race of the season here in Canada. David went on to explain: “We are live on GForce TV (YouTube and Facebook) and we will also be on REV TV ( MAV TV’s new name). It is 100% free for everyone.”

The stage is set, with all the players signed. This will be one good race, East versus West in the battle of the titans. Who will come out the winner?