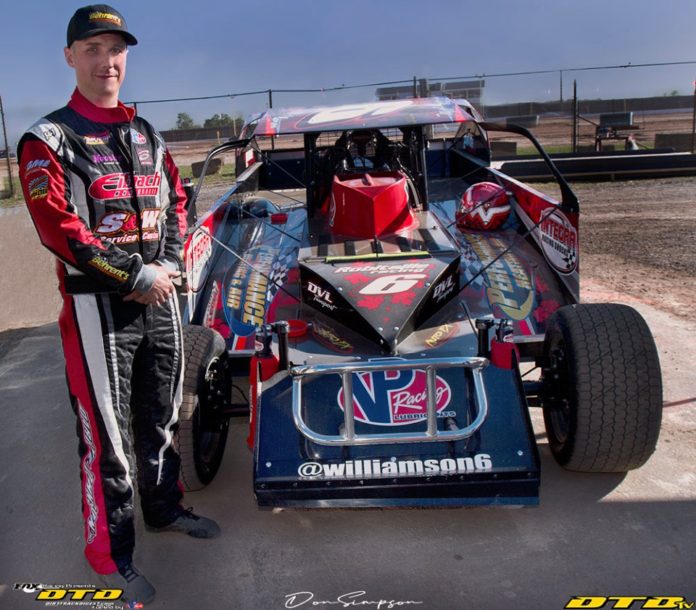 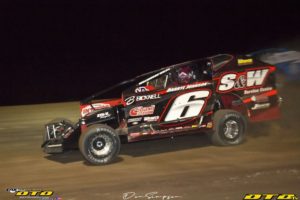 Mat Williamson was definitely on his game last weekend at the Humberstone Speedway. A far better outcome than the previous week at the Cornwall Motor Speedway where he did not finish race due to engine problems.

Things were much different this week though as everything ran flawlessly. Crew Chief Ray Samuel once again guided the team to victory lane, providing Mat with a car that could hold off the challenge from Steve Bernier out of Saint-Hyacinthe, Quebec, and local driver, Mike Bowman.

Mat would end up crossing the finish line just meters ahead of Bernier, capturing his first win of the season in Canada. Mat explained: “The car was good at Humberstone. It was just nice to have a race close to home and feel somewhat like normal again with all of what’s been going on this last few months.”

For Ray Samuel, it was redemption for the disappointing results at Cornwall Motor Speedway. Ray said, “It’s always great to win locally. Humberstone is a special track for us. It’s nice to bounce back to a win after our bad luck at Cornwall. Dave and Jack did a great job with the track surface and put on a great show. We really appreciate the work they put in to make this show happen. Mat drove a great race. This new Bicknell chassis is another great piece.”

The bigger moves ahead for Mat, however, will be the return to the Short Track Super series.

Williamson, who has been in talks with car owner Jeff Behrent, and has recently secured the paperwork needed.  He will get back to racing in the United States to challenge for the Short Track Super Series North Division championship, He will be staying there for some time as the series unfolds. 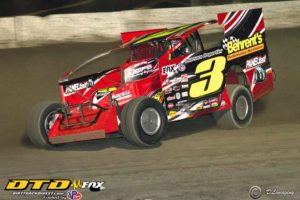 With that said, Williamson began the 2020 Short Track Super Series North at Big Diamond Speedway on Tuesday June 16. This one race kicked off to both the North and South divisions. Mat would start from the 24th position and moved up to 16th, when he got caught up in a mishap going into turn one on lap 11. Mat would make the restart almost at the back of the pack. By the end, Williamson would cross the finish line in the 12th position, a decent result considering what the competition he had to drive through, not once but twice, to get there.

Mat stated,   “Yes I’m so excited to be back racing the series. The competition is tough but we will follow the whole North series. “

Crew Chief Ray Samuel also added his points of view. “Mat is pretty pumped about getting going racing across the border. We have three other amazing teams over there –the Behrent’s Car 3, the BuzzChew #88 team and the Wendt’s Cocco #6 team. We started out great in Florida with those teams, so hopefully, we keep it rolling.”

This was the first time back in the States since his big win as he began defending his Super DIRTcar Series championship in February. Williamson walked away with his first-career DIRTcar Nationals feature at Volusia Florida.

Yes, it’s going to be a difficult transition racing under the pressures of what this pandemic has brought. It will be challenging for the young Canadian to defend his Super DIRTcar series title as there are many obstacles left to get that series back up and running.

In the meantime, Williamson who was born to race is once again back in the swing of things in a somewhat limited way. As the Short Track Super series gets back to racing, this will give Mat the venue where he can show how much talent this young Canadian has.