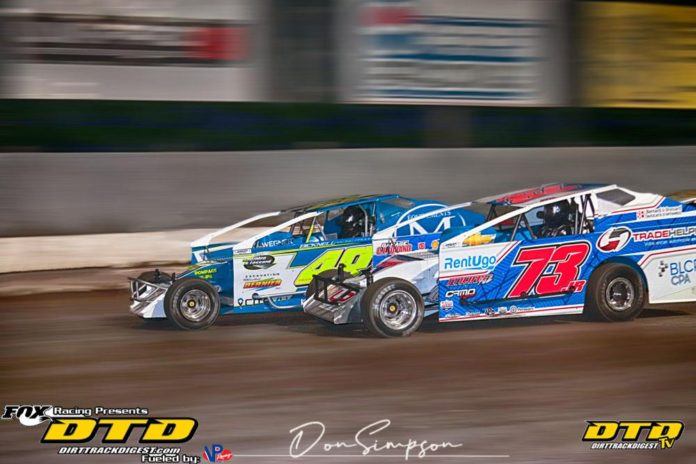 This Saturday, August 22, will be the sixth race of the season at the Autodrome Granby. The 358 Modifieds will be back in action once again to thrill the fans. 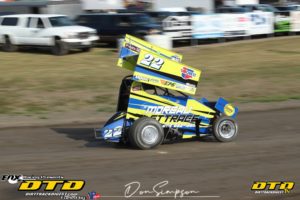 Also returning on this night are the Sportsman Modifieds, after having had a week off. The Mod-Lites will be at the big track of Granby for the first time this season. Also on the card are the ever fast Lightning Sprint. The fourth class is still to be determined at this time.

This race was scheduled to be held at RPM Speedway, but with the logistics being better at the big track, and respecting the Public Health standards, Dominic and his team decided to move the race to the Granby facility.

So far this season, Francois Bernier is the man to bet in the 358 division at Granby, but the team over at ONE Racing has come on in recent weeks, picking up a win at Granby and two wins at Cornwall Motor Speedway.


Herbert who has been top four of each race is one of those drivers you never discount as he has more wins in Quebec tracks than any other driver.

This has been a long-time battle between these great teams at the big track and this season is no different.

David explained, “I’m there to win this coming Saturday at Granby. The team has been working hard for this winning combination with our new set up. The car is very fast and I will probably try the W16 this Saturday. Granby has 125 lbs. less weight rule and with our set and a good motor, this can bring us the win.”

For Two Brothers Racing (TBR), Francois Bernier knows too well how good Team One can be. For many years, these two great drivers have battled on the track at the Autodrome Granby and this is expected to continue.

Francois said, “This is not the first time David and I have fought for a championship. I am always up for a challenge. I would say I thrive on it. The car is working very well and TBR is ready to make Saturday’s race the fifth win of the season there.”

Also in the 358 points’ chase is Michael Parent and Martin Pelletier. Both of these hard-charging drivers have finished numerous times in the top five and are definitely looking to get their first win of the season. 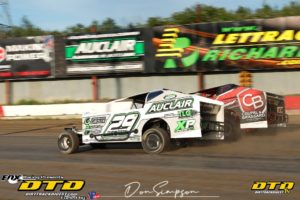 In the Sportsman ranks, Mose Page and Even Racine will be back at it once again, as this close battle for this year’s championship gets one step closer to the final outcome for these two drivers.

On the small track, the Slingshot will be in action again in unison with the big track. This has been a signature feature of the Granby track for years where both tracks are in action at the same time.

Pits gates open at 3:30 p.m. with hot laps getting underway at 5:45 p. and racing to follow shortly after.

The track has also clearly put out a notice to fans to follow the health restrictions. The limit of 250 spectators remains in place for the stands, but people will no longer be able to access the pits. People in the stands will be able to remove their masks once seated in their place while respecting their distance from each other. Wearing a mask is mandatory when traveling to the restaurant or the restrooms.

All the racing action can also be seen once again on Live TV and can be purchased by visiting the Autodrome Granby web site at https://autodromegranby.com.

Autodrome Granby has adapted well with the situation and is moving forward into the latter portion of the racing season.