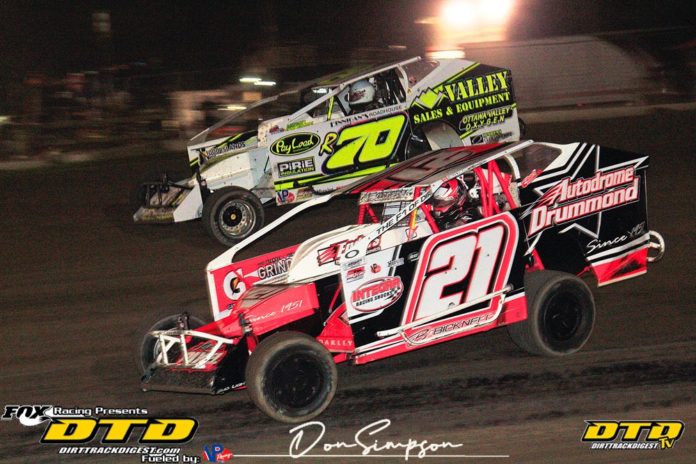 Cornwall Motor Speedway has decided to set a plan going forward to mid-September. August has been a busy month for the speedway and will see the speedway come alive with some big events over the final weeks of this season. 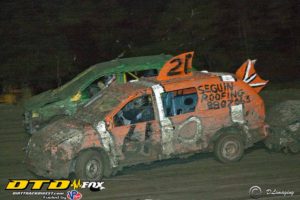 With only three weeks left on this year’s schedule, it’s clear that there have been some challenges for the team at Cornwall Motor Speedway. Regardless, track management has been determined to press forward and is now set to get the speedway’s annual Fireball Enduro on the track September 12-13. The Enduro is by far the biggest event each year for the 51-year-old track and drivers start preparing for the event a year in advance.

Yes! the Enduro is big! However, there are still two race weekend events on the schedule.

On Sunday, August 30, the 358 Modifieds are back in action with once again with a 50-lap 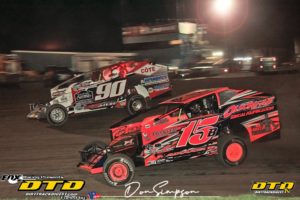 race. Also on the card that night are the Sportsman Modifieds with a 50-lap event, along with a 25-lap Pro Stock race and a 25-lap Mini Stock feature race.

The final big race of the season is slated for Sunday, September 6, with a 50-lap 358 main-event. Also, there will be a 50-lap Sportsman feature, 25-lap Pro Stock feature, 20-lap Mini Stock feature. To cap things off, the lighting Sprints are back with a 25-lap feature race.

Track spokesperson Martin Belanger summed things up: “I think the season is going good so far considering the pandemic and limitations we have. We have been fortunate enough to have some great support from the race teams. I can proudly say that we probably had the best field of Modified in 2020. The best drivers from Quebec and Southern Ontario have visited us and also captured some wins at the speedway. The competition and action on the speedway have been great every night with some great battles in every division. The quality of drivers at all of our events would not have happened as frequently in regular circumstances. 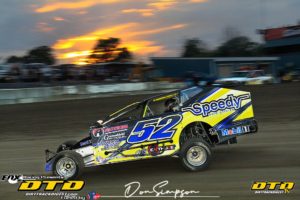 “As for the upcoming weeks, the Modifieds and Sportsman will run on every Sunday evening as they will have 50-lap feature event up until September 6. The Pro-Stocks and Mini-Stocks will see action on most Sundays as well. The Lightning Sprints are scheduled for September 6 and we might add some more classes in the coming weeks to some of these events.

“The Fireball Enduro is also approaching quickly and will be hosted on two days this year because of the COVID-19 regulations as we want to maximize the number of fans that would like to attend as it is the most popular event of the year. The interest from competitors is huge again as we receive at least four to five questions per day since July about the Enduro, we are looking forward to this one.”

Track owner Raymond Lavergne has much the same outlook as Martin Belanger so far.

“Yes overall, it’s been good this season considering the restrictions placed on us. At first, it was difficult to know what to do with the track, but I decided to take a chance on holding a race. For sure, this was a big gamble, but all=in=all it went well. Since then, most of the tracks in Canada have now followed my lead. I must say, the racing community has really stepped up and supported our decision to run. You just have to look at our car counts each week this season. We decided to work with the team at 360Nitro.tv to broadcast each event, as long as we broke even. This was to keep the fans in tune with the racing at the Cornwall Motor Speedway. As for the next few weeks of our season, it’s going to be busy, and we may have a grand finale event to cap off the racing season here but nothing has been finalized due to sponsors. Of course, we have the big Fireball Enduro yet to come as well. In normal times, you would not find a empty seat. So we have changed things up for the Enduro to follow the restriction guidelines and only 100 fans will be allowed in the stands. We are just glad to get through this season, and are looking for better times to come next year.”

The 2020 season has definitely been one that will be remembered. That said Cornwall Motor Speedway has weathered this storm well. The team at the track has worked very hard to get this restrictive season in the history books one way or another. We can only hope that things will improve over the off season, so much so that we can all get back to some séance of a normal next year. Only time will tell.