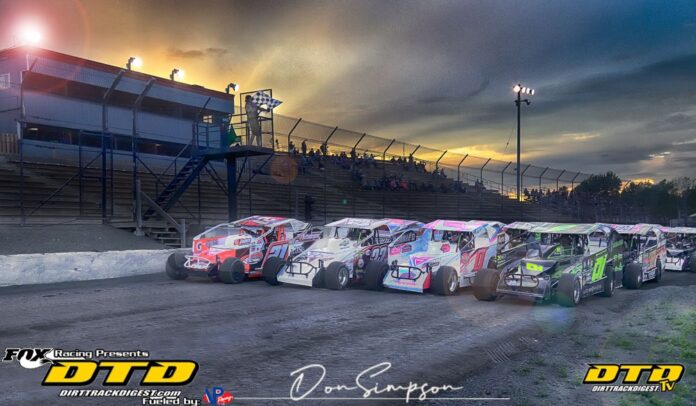 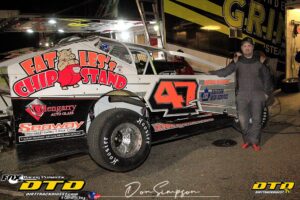 The Canadian Nationals Modified Series is one of the oldest series for 358-Modifieds in the country. This one series has seen the best from across North America challenge for the covenant championship title.

The Canadian Nationals were formerly known as the Lucas Oil Canadian Dirt Series. In 2011, the series created by Ron Moran changed the name to its current form after the old series became irrelevant due to conflicts amongst the hosting tracks.

As time passed, the Canadian Nationals continued to attract more racers to this now premiere series.

Some of the best 358 Modified drivers from Ontario, Quebec, and New York State have answered the call to challenge for the championship title. 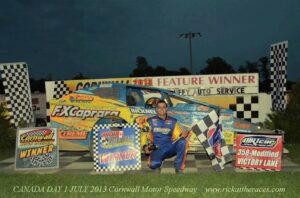 This year’s version of the Canadian Nationals is its 10th season and is one of the main events at the Cornwall Motor Speedway. The series is again sponsored by long-time support Les Winters of Fat Les’s Chip Stands.

Les has been around racing all his life as his dad Merv Winters raced in the Modified division at the Cornwall Motor Speedway for many years. 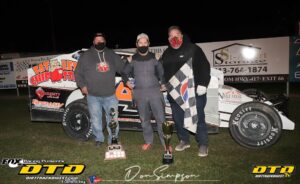 Les’s father began racing at the Cornwall Motor Speedway the very first season it opened. Merv remembers being the first car out on the track that opening night. Merv’s niece was the Queen of the speedway that night and road on his car during the parade lap for the opening ceremonies.

Merv raced at the Cornwall Motor Speedway for some 10 years. 51 years later, he still comes to the track each week with his son Les watching the races.

After all the years, Les has never lost the love for the sport, hence why he continues to sponsor this premier series.

I asked Les about this passion for the sport. 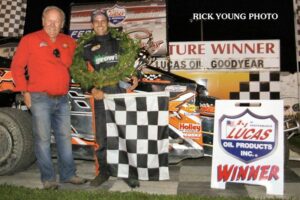 Les explained, “Well as you know I am a real dedicated race fan. I love the sport. It’s been in my blood from birth as my dad’s #25 raced for years and I still enjoy going to the races with him each and every week. Being able to give back to the sport by sponsoring the race car of Corey Wheeler and now the Canadian Nationals series is what I love to do.

“With several locations of Fat Les’s Chip Stands, three in Kempville, three in Brockville, along with one in Finch, Osgoode, Barrhaven, Winchester, and now the newest location in Bonville, I get a lot of support from the racing community and love to give back.

“As for the series, it gives me great exposure to all my locations. It seems to be the series that every race car driver in Eastern Canada wants to win. Winning it this year with the No. 47 race team of Corey Wheeler was an honor to be part of.

“I have already spoken to track owner Raymond Lavergne at the speedway and we will continue to support the series again this year, racing permitted.”

Track owner Raymond Lavergne is appreciative of all the support Les has brought to the speedway over the years sponsoring this premier series. 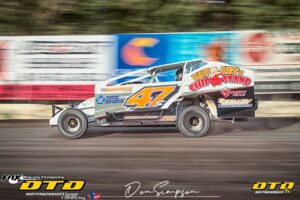 Raymond said, “We are once again grateful to have Les Winters sponsor our biggest and longest-running series at the Cornwall Motor Speedway. We are looking forward to this season’s opening event, which will host the first round of the Fat Les’s Chip Stand Canadian Nationals on May 23. We only hope that the situation surrounding the pandemic will subside by that time. If things do not improve, we may have to revert back to racing under health restrictions as we did last season.

“As of now, we are looking to open the 2021 season at Cornwall Motor Speedway with a full house of fans, as we present the 10th anniversary season for the Canadian Nationals Series.” 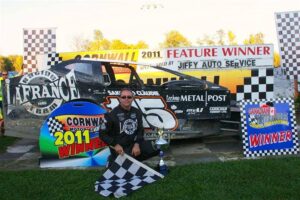 For the 2021 season and the Canadian Nationals champion, Corey Wheeler will go into the series looking to repeat his success along with another track championship if possible. There are key factors to his success.

Corey states, “The key for us is to be prepared, consistent and always be in contention. We make sure our equipment is reliable and ready to go each week. We would have finished all five national races in 2020 in the top three had it not been for a fuel pump failure, which was out of our control. For 2021, if we remain consistent and fast, for sure we will be a contender.”

The dates are set. The players are ready and the fans are eager. The 10th anniversary of the Cornwall Motor Speedways Fat Les’s Chip Stand Canadian Nationals will be a celebration year of the series.

So Mark your calendars for May 23 (round one), August 1 (round two), capped off by the final round on September 5,. Who has the fortitude to win this year’s title?