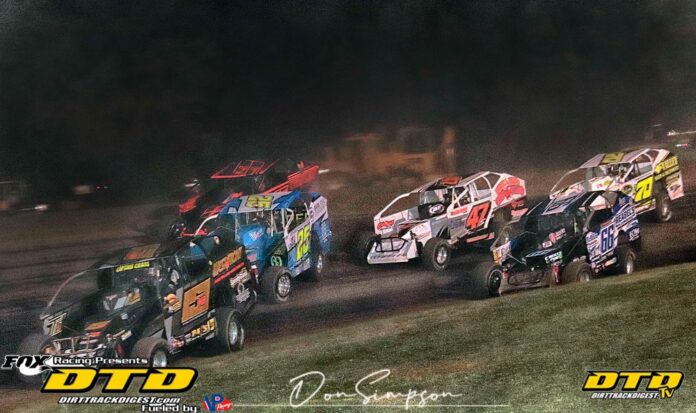 The big-block/small-block challenge is not a new idea or concept. This ultimate challenge between two of the most popular divisions on dirt has been around for many years. 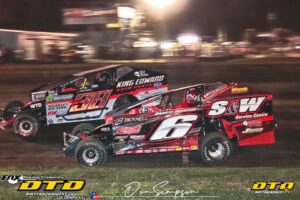 This year the Cornwall Motor Speedway added its name to a long list of speedways to host such a race. Big Diamond, Utica-Rome, Can-Am, Genesee, and Devils Bowl Speedway, all of which have hosted a big-block/small-block challenge.

This will be the first time the 52-year-old Speedway will host such a series, which will comprise of three events.

The first event will be combined with the Super DIRTcar Series scheduled for June 27. The second event of the series will be held on August 15. The third and final race will be part of the “Rumble on the Seaway.” This will be a two-day event, capped off with the final round of the Big Block /358 challenge on September 11. The Big-Block /Small-Block Challenge Series will bring out the best in both camps.

However, will the small-blocks be up to the challenge? The answer is yes. The second question that has been raised, are there enough local teams that have access to area big-block motors. Again, the answer is yes, even if the borders remain closed this coming summer due to COVID-19. 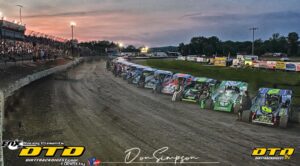 The best part for Cornwall Speedway hosting such a series is the track is more geared for it size-wise. Unlike many of the other tracks that have hosted this sort of challenge, they are much bigger. Cornwall Motor Speedway is a tight ¼- mile oval, perfect for some great side-by-side Modified action.

For the past 10 years, the Super DIRTcar Series has made its annual visit to the track where many of the local drivers have taken up the challenge to race against the likes of Matt Sheppard, Jimmy Phelps, Stewart Friesen, and of course, the current SDS Champion Mat Williamson. Most of the local drivers raced their 358 motors against the big-block stars and, for many, they have done very well. The fact is in the last 10 years, eight of those years saw at least one or more of our local small-block drivers finish in the top seven or even winning the race. 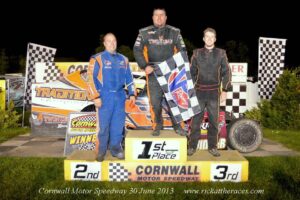 From these results, It’s clear that a small-block can compete against a big-blocks at the Cornwall Motor Speedway and win.

I asked Chris Raabe if a small-block could win, which he acknowledges yes as he has done so. However, he would like to see which weight rules apply as three engine setups could technically race these days. Each has its specific weight depending on the rules. Chris went on to explain the fact there are Short Track Super Series rules and then there are DIRT rules, each having its own set of guidelines.

David Herbert is much on the same page as Chris Raabe. David, who picked up a second-place finish in the Super DIRTcar Series at Cornwall Motor Speedway, is interested to see what the weight rules will be. David expressed the fact that three different motor combinations could run the series. We will keep tabs on which rules they will run with.

The Big Block /358 challenge is not new, but for Cornwall Motor Speedway, this will be a new chapter. 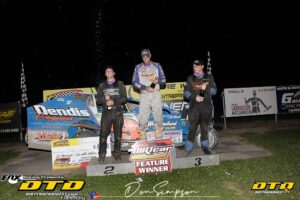 Raymond Lavergne and his team at the Cornwall Motor Speedway are always looking for new venues or ideas to help entice the fans. Raymond explained, “During a small gathering with part of our team at the Speedway, the discussion came up about trying a Big Block/358 challenge. For myself, I thought this was a good idea. I am always willing to try something new for the fans and, of course, the race teams. We also thought if we created a small series, we could end the season once again with a doubleheader weekend capped off with the final round of the series.

“It’s always hard to come up with new ideas and attracting fans is very competitive as there are so many venues for fans. Adding this series, including a final grand weekend of racing to cap off the series and the season with one big final show, is a win-win for all. We can only hope that the COVID-19 situation improves, but if not, we can always revert to last season’s structure if health officials permute this, only time will tell.”

For fans of Modified racing, this will give you the best of both worlds to compete in a side-by-side series the first of its kind at Cornwall.

For diehard race fans, mark your calendars. Round one plus the Super DIRTcar Series will be on June 27. August 15 will see the second round, capped off by the third and final round on September 11, as part of the doubleheader weekend “Rumble on the Seaway.”