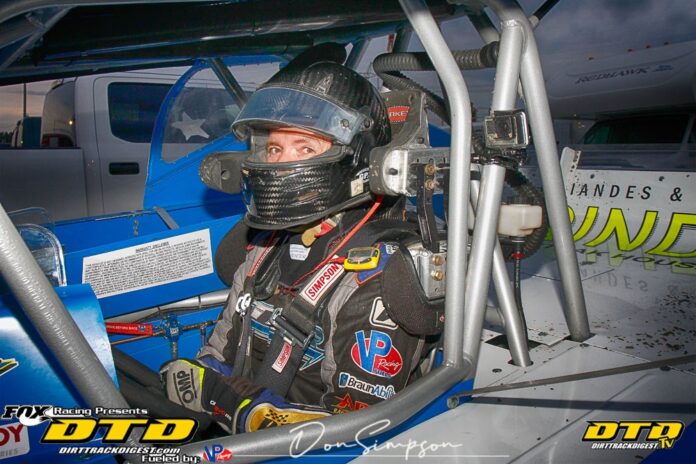 Outside the Province of Quebec, the name François Bernier may not be a name recognized within the dirt track racing world, but it would be a big mistake for anyone to underestimate this talented driver from St-Hyacinthe, QC. 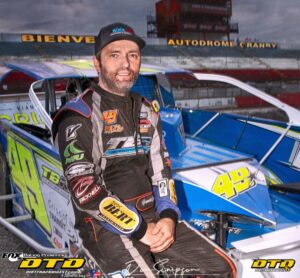 Bernier has captured the 358 Modified track championship at Autodrome Granby five-times to date. This is no easy feat as Granby is one of the toughest tracks anywhere in the Northeast.

He and his team have already started preparing for the coming season at the Autodrome. Bernier, however, is somewhat apprehensive of what might unfold in the coming months, as it may be a season somewhat limited as last summer, due to the pandemic.

Regardless of the current COVID situation, François is excited as he is contemplating some new adventures in racing south of the border if all goes to plan, but his main focus will still be at the Autodrome Granby. 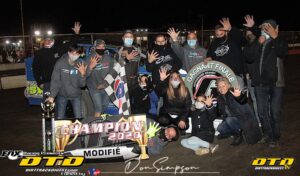 Bernier has been racing since the age of 14 in the ATV class. Then it was onto the Sport Compact division. During this time, François was forced to take a year off of racing due to a serious accident with the ATV at the Hippodrome in Trois-Riviere.

His return to racing saw the enthusiastic racer progress quickly through the Sports Compact division then onto the Sportsman Modified, in a matter of a few seasons. Bernier would only stay in the Sportsman division for just two years, as he had his eye on his ultimate goal, the 358 Modified division. 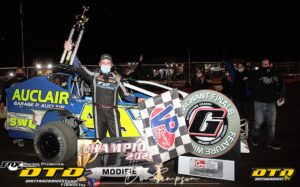 In 2008, François reached his holy grail and began racing full time in the 358-Modified group at the Autodrome Granby. From that moment, Bernier knew he had to study and observe every facet of the grand speedway. Autodrome Granby is big, fast and things can go wrong very quickly if you don’t take this track seriously.

Bernier, a calm mathematical driver, always gets into the zone before going on the track. He looks at each detail of the clay as the race night unfolds. These small changes in the track tell him how to apply the best set-up for the feature race. 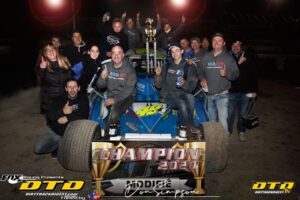 It may be because of these traits why Francois Bernier has captured the Autodrome Granby track championships five times to date with the most current championship win in 2020. 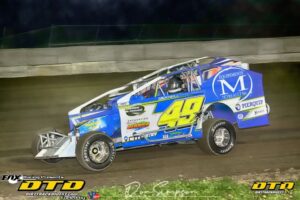 The 2015 season was more selective in which races to attend due to family obligations along with the ramping up of the family business. By 2016, Bernier was back in the game with 2 wins, 11 top-five finishes, and a 4th championship title at the Autodrome Granby.

Since that time, Bernier has notched up one more championship at the Autodrome Granby in 2020, equaling the rival driver David Herbert, both having five championships at Granby.

For 2021, Bernier will see what unfolds and work around any restrictive schedules. Bernier explained, “For the coming year, due to COVID-19, we have to wait and see how the restrictions will go.” 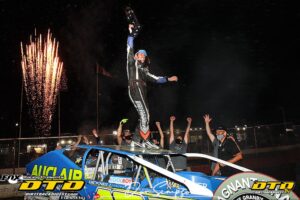 As for racing south of the border, François went on to say, “If the border is reopened this summer, yes it would be possible for us to move to the other side of the border and race some selective events.”

Bernier will be ready for 2021 as well as Team Herbert. The rivalry between TB Racing No. 49 Car of François and Team Ones’ David Hebert will resume. François is ready.

“It’s a good competition and for some years now my brother has joined the dance! I feel more in my element on a bigger track,” explained Bernier who would like nothing more to add another title to his resume.