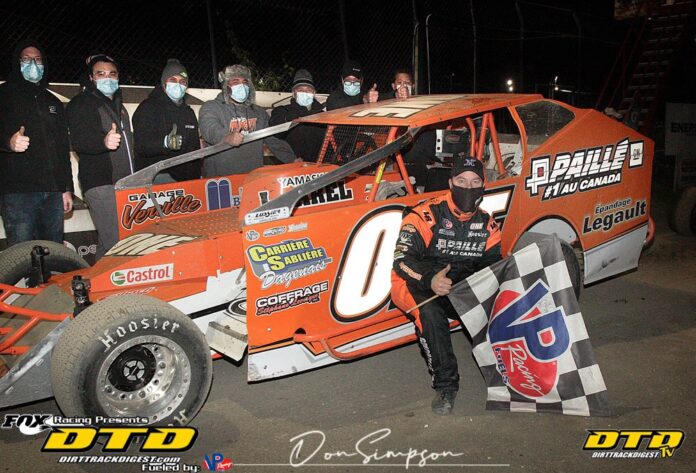 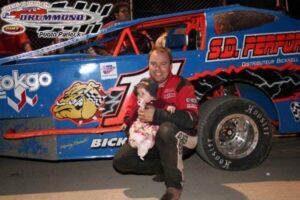 I have known David Hebert for seven years, a quiet, laid back person who surrounds himself with his family and close teammates. But don’t let this gentle demeanor fool you as David is highly competitive and wants to win at all cost.

For close to 35 years now, David has strapped on a helmet in the chase of the next win, and win he did. With close to 200 wins in his pocket, David strives each week for that next win, something he never gets tired of doing. 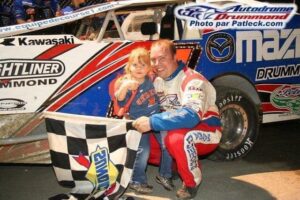 It was late in the mid-80s when David started racing and like so many drivers of that time. He first got his feet wet in the ATV class.

By 1993, the young Quebecer from St-Damase, moved onto the Sportsman Modified division. That first season in a Sportsman is where David defined his direction in racing, scoring four victories that year.


The victories over the next few seasons were a bit hit and miss, as David moved onto the Modified class with his car in the Northeast region. The moment that changed everything for David came in 1999, when a long-time team, “Team One,” approached him to drive their car for the 1999 season. 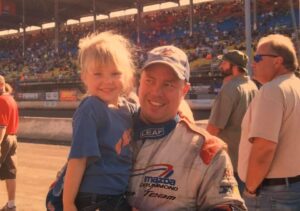 From that point, everything changed for David. Paying for your car is difficult at best with a limited budget, but with Team One, David could concentrate on racing the car instead of finding new sponsors for cash flow.

In 2004, this partnership proved its weight in gold. David won two Modified championships, one at Granby and then Drummond, as well as 12 victories in total that season.

It’s been 17 years since that banner year in 2004. David has since won nine championships, 179 wins, four Mr. DIRTcar titles. David explained, “The most exciting moment was undoubtedly setting a new record during Super DIRT Week 2003. It was 20 minutes of pure joy, if you think about it, a Quebecer from the small town of St-Damase becomes the fastest rider ever at the Moody Mile.” 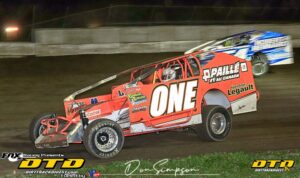 Once again, last season at the Autodrome Granby saw the battle between David and Francois Bernier press on, as these two teams have all but dominated when it comes to championships at the grand old track. In the end, David finished a close second in points. To date, both teams have had five championships each at Granby.

In 2020, in the 358-Modified Track and Hoosier Tire Points chase, David finished second to fellow Canadian Mat Williamson. David captured five wins over the season, but unlike Williamson who was allowed to race south of the border, David raced only in Canada, limiting him to points opportunities.

For 2021, Team One will undoubtedly be ready, but the big question is, how will the pandemic play out! David has confirmed he will be racing Autodrome Granby, Le RPM along with Autodrome Drummond. He will also make his presence known at Cornwall Motor Speedway for their special events. 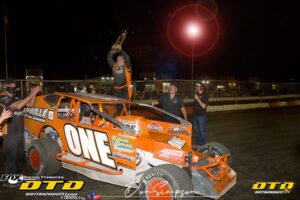 David will focus on Granby as he would love nothing better than to capture another championship. David explains: “I love Granby. This track is harder to run fast all night and the competition is very tough. Yes, of course, I will challenge for the championship for 2021 to get my 6th championship.  To battle for the win every week and for the championship, you have to have a very good motor and the best technology thankfully we have both.”

There is also the possibility David will campaign one of the team’s Big-Block Modifieds at the Cornwall Motor Speedway’s Big-Block/Small-Block Challenge series. There is also talk of a similar series within the Quebec tracks and, if this materializes, David will run these events as well. David expressed that “I’m very excited for a Big Block race. I love the Big-Block.”

If things fall into place for David and Team One, this team will put on a good challenge to anyone who gets in the way of their goals for 2021.