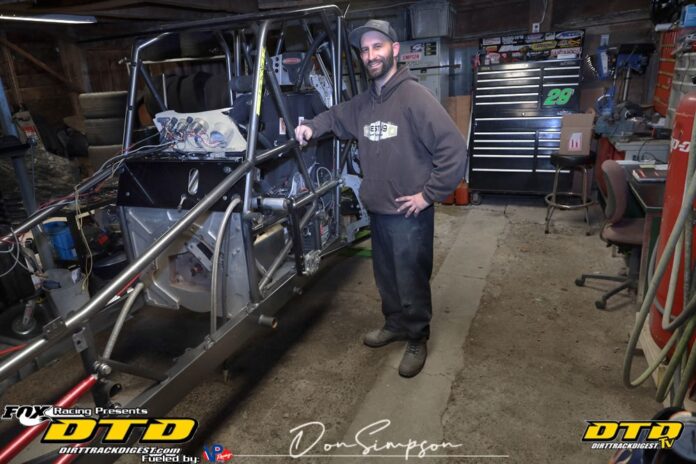 During race season each Sunday night at the Cornwall Motor Speedway the pits will be filling up with racers of all walks of life. From big teams to the small teams, all looking to race on the track they know and love. One of these teams is the Number 29 Desrosiers Racing team.

With the 2021 season fast approaching, Justin Desrosiers is putting the finishing touches on his 2021 ride at the Cornwall Motor Speedway.

This season will bring a new chassis in the stable after acquiring a car from 358-Modified driver Steve Bernard, late in the fall of last year. This transition to the new chassis will definitely up the game plan for this small team.

Justin is on one of those teams who basically works on his own. From time-to-time, Justin will have Alan Park giving him a hand when he has time, but Justin does most of the things to maintain the car.

This story started way back as Justin had been a fan of racing. For many years, he traveled that road to the Cornwall Motor Speedway and watched his favorite drivers compete on the clay track. Since that time, he has always dreamed of running his own car in the Sportsman Modified class and he has now fulfilled this dream. 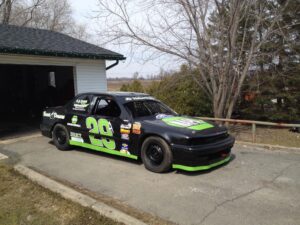 Justin got started in racing by crewing for Dan Desnoyers in 2010 as they campaigned a car in the Mini-Stock Division. Then in 2012, Justin wanted to get behind the wheel himself and began racing in the Mini Stock division. He won the Cornwall Motor Speedway Rookie of the Year Award.

Justin explained, “After two years, I realized I needed to be in the driver’s seat to start aiming for my dream. Winter of 2011-2012, I built my first Mini-Stock. Rookie season, I obtained Rookie of the Year, third in points, and several top-five finishes. I then continued to race Mini Stock for four seasons, always finishing top three in the championship in Cornwall.” 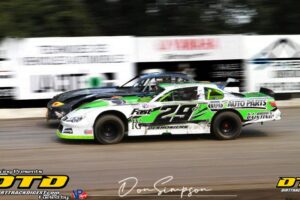 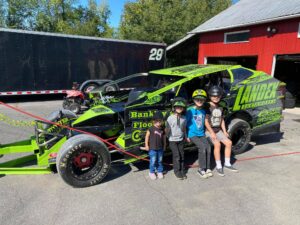 For the next three years, Justin always eager to race would faithfully head on over to Cornwall Motor Speedway each Sunday looking to get that win. For Justin, it really was about the love of just racing.

2021 will be an exciting season for the now veteran driver. At the same time, Justin is fully aware of the challenges he is facing in this division at the Cornwall Motor Speedway.

He said, “This will be my fourth season racing in the Sportsman. We’ve had some hiccups in the road and a lot of mistakes to learn from, but I feel this upcoming season will be a good one with a better car, better parts, and more knowledge. The goal is to win races and be a top contender. There isn’t much financial backing involved in my team and we can use more. I am very thankful to those who stick behind me such as Landex Earthworks, Bankleys Flooring, Catalytic King, and Mister Sew & Sew.