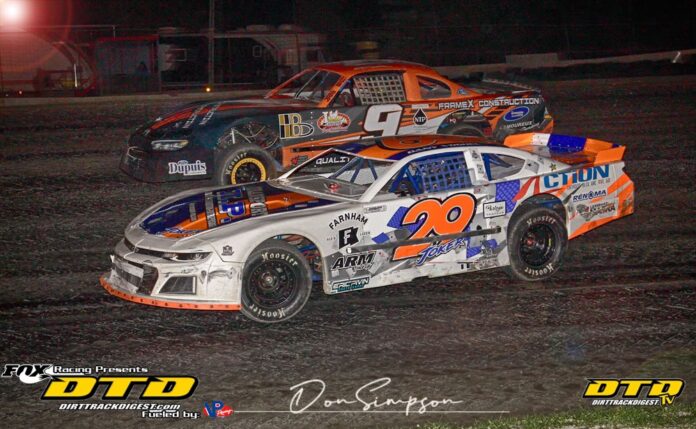 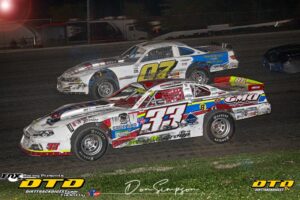 owever, in recent times, there is a bit of resurgence underway for the Pro Stocks, as the numbers of teams are slowly climbing and tracks are interested once again in hosting this division. Yet this new interest in the Pro Stock division would not come about if it were not for some dedicated individuals who feel that this division deserves the respect for its performance over the years.

One of those dedicated individuals is Dany Voghel from Mont-Saint-Hilaire, Quebec. Dany, who drives the number 49 Pro Stock, started out racing on asphalt close to nine years ago.  He made the move to the dirt Pro-Stock division six years ago now.

Dany embraces the Pro Stock class and would win the Pro-Stock track championship at the Autodrome Granby in 2019. Along this journey, he had also discovered that the class he loved so much seemed to be in trouble somewhat with low car counts. This inspired Dany to try and do something to change the course of the decline. He created the Farnham Ale & Lager series for Pro Stocks, which was very successful. 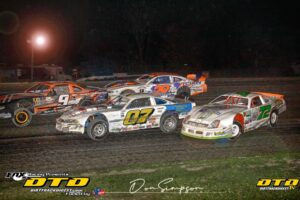 With the 2021 season on delay momentarily, Dany is back this season once again with the Canadian Pro Stock Championship series sponsored by Farnham Ale & Lager. This series has continued to grow in popularity with both drivers and track promoters.

Dany explained, “One of the first factors on why I decided to create a championship was because four years ago the Pro Stock car count took a big drop. I tried to get back some interest for new and current drivers in our group. The Pro Stock division is like a big family and so if we try to make things go differently, this would help. The biggest change was to up the purse. And then bring the teams from Quebec and Ontario to work together closely. I created the Farnham Ale & Lager Pro Stock series.”

Dany said, “To be entitled to the points pool and the end of year draw you must have completed the five championship races and 12 regular programs, including at least four races on each track (Granby, Drummond, and Cornwall).” 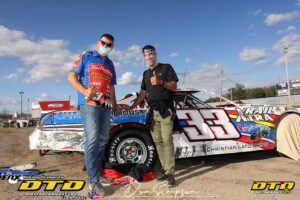 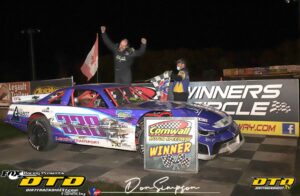 As for the race track side of the equation, one promoter has worked hard at keeping the Pro Stock on the yearly schedule even through a period where car counts had dramatically dropped. Track owner and promoter Raymond Lavergne at Cornwall Motor Speedway has worked with the drivers in the Pro Stock division to keep the class alive at the historic track in Cornwall. Raymond has tried bringing in more sponsors and increasing purse size and bonuses.

Raymond stated, “For me, I always liked the look of the Pro Stocks. I can remember way back watching the Pro Stock racing and they were always very competitive. One reason I think I like this class so much is that you have an infinite connection to the cars on the track as they resemble the brands driven on the street daily, it’s like NAS-CAR.

“Because of this fondness for the Pro Stocks I have worked hard to keep the class going and am always looking for ways to improve. From what I have seen in the past few years though I think we are all on the right page now.  The drivers, along with other tracks and DIRTcar getting more involved with helping to keep the class alive.”

For 2021, the Cornwall Motor Speedway recently announced the weekend warrior series is back and will also be a part of the Farnham Ale & Lager Pro Stock series. It was announced on the Cornwall Speedway website that the total points fund for this series is substantially more compared to last season.

At Autodrome Granby Domoic Lussier, the promotor, has once again included the Pro-Stocks as part of their schedule, after a banner season last year, even with the restrictions in place. The Pro-Stock numbers were good and the racing was top notch. 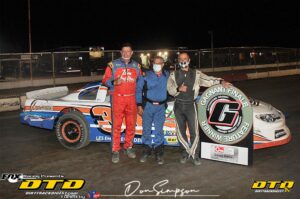 This season, the 70th anniversary at the Autodrome Drummond, Yan Bussiere will also bring back the Pro-Stock division for a five-race series throughout the season. This will provide another venue for the division.

St- Guillaume Super Speedway, under the guidance of Joel Brule has also included the Pro tocks as one of their main division throughout the 2021 season schedule.

As mentioned previously, track interest in hosting the Pro Stock division has rebounded. Dany Voghel pushed to promote this division along with the support of many of the dedicated drivers. One particular driver Bruno Cyr, who has been racing in this division for over a decade, has seen a lot of changes to the class over time.

He said, “When I started to race in Pro Stock in 2008 I was like a kid! Racing against all the gang at Mohawk, it was very special! A lot of cars in the pits at Cornwall!! A lot of goods souvenirs. I was impressed to race with all the best drivers — Louie Jackson, the Peters brothers, Bulldog, Lebrun, Lalonde, Roy, Ladouceur, and many more, etc.

“With all those years, a lot of travel, a lot of races, I am very happy with what I have done. Currently, I think the Pro Stock class is very fragile. I am happy that something is happening about the Pro Stock, but little it’s a bit disappointing that the drivers have to organize a race series, find sponsors, etc.  Thanks to Dany for doing that job. I think when that when COVID is finished, the Pro-Stock will be back on track to give a good show like always!”

Finally, we move on to the sanction body. It has been noted in recent years that DIRTcar wants to help rejuvenate the Pro Stock division, which includes several changes and rule updates. Yes, some would say the new rules may have gone too far, but in the long run, they address safety and expanding chassis rules which now opens many doors for parts along with chassis designs to keep the class going for years to come.

DIRTCar series director Dean Reynolds has made it clear that DIRT wants to support and help rebuild the Pro-Stock division.

Reynolds commented, “We have been working hard with the competitors and also the tracks in keeping the DIRTcar Pro Stocks strong in the northeast United States and Canada. We have had yearly rules meetings in hopes to keep the cost of the Pro Stock manageable and also keep the competition where the fans are always entertained.

“The DIRTcar Pro Stock is such a beautiful car, and the racing is some of the most competitive you can find. The tracks like the Pro Stocks and would like to see the division build. I think we have turned a little bit of a corner where new competitors are looking to get into the Pro-Stock division. Vaillant Autosport will be building Pro Stocks, making it more affordable for teams in Canada to get a Pro Stock.

“As many know, Brian Carter is CEO of World Racing Group owns and races a Pro Stock. He has a love for this division. Our long-term goal is to have the Pro Stock DIRTcar division nationwide. We are hoping to have other regions adopting our rules and that can only be a plus. We hope that 2021 will get back to what we call ‘more normal’ so we can have some Pro Stock series races and pay out a point fund to the racers.”

Voghel added his thoughts to the rules that had to be changed to keep the class going.

“Dirt (DIRTcar) did not have much of a choice but to change the line of thinking with the Pro Stocks. The last few years have been very tough with the new safety regulations which have forced the teams to spend a lot of money, but safety is safety.

“However, in the last three meetings with Dirt, the rule book was reviewed and voted on rule-by-rule with the drivers. Parts of the options were accepted because the problem was that having a Pro Stock was more complicated for obtaining parts. With these new rule changes, we now have more choice of aftermarket bolt-on parts which simplifies the management of a Pro Stock car. As for the tracks, this is also very good news, but everything is still fragile. We have great plans for the class but now we need to be able to race to be able to put all this in place to follow.”

With the hard work of Voghel along with all the drivers and track owners like Lavergne, Dominic Lussier and Yan Bussiere, and Joel Brule. Plus there is the fact that Nicolas Vaillant has stepped up to fill in the gap when it comes to parts and chassis to support the class things north of the border are starting to fall in place. And with any hope, once the borders reopen, the Pro-Stocks will even benefit more on moving the class forward.


CURRENT PRIZES FOR THOSE WHO WILL TAKE PART