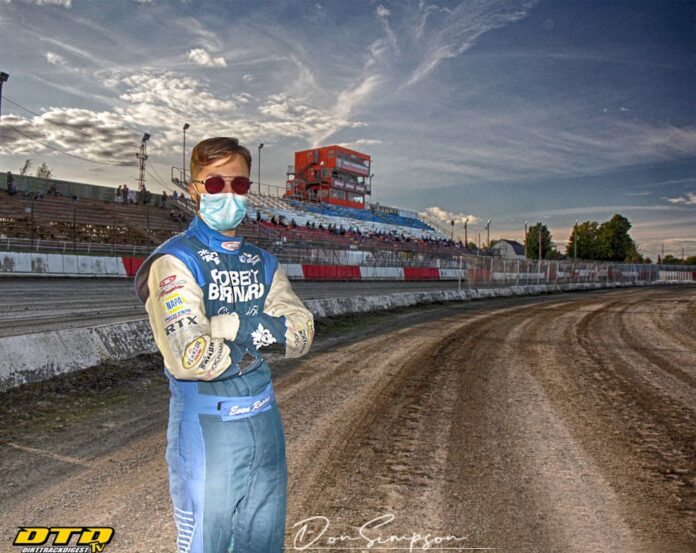 Even Racing will begin his new journey behind the wheel of a 358 Modified once the health restrictions relax for the 2021 season. 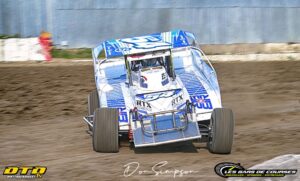 Even, who started out racing in the kart class at the age of 12, progressed quickly through the Slingshots, where he would remain until the end of the 2015 season. By that time, the guidance from his grandfather, Jocelyn Bernard, had brought Even to jump up into the Sportsman Modified division.

For the next few years, Even would work his way through the division, sharping his skills at each race. His grandfather’s guidance would continue, and with help from his uncle Steve Bernard who has been racing for many years, both would mentor Even through each phase of the learning process to run with top drivers on the race track. 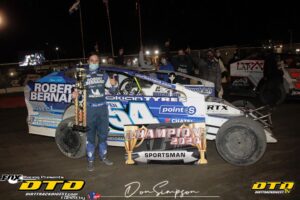 By 2019, all their efforts had congealed and Even would have a banner season picking up seven wins and 14 top-five finishes. Even raced his way to becoming a track championship at Le RPM, not an easy task by any measure as the competition that year was very strong, with Moise Page and Alexandre Salvas also in the mix all season. The success continued on through the 2020 season, even under the heath restrictions.

Even once again found himself in a battle for the track championship, this time at his home track of Granby. As in 2019, Even would go toe-to-toe with Moise Page for the entire season, along with a late-season charge from the 2019 track champion Alex Lajoie. In the end however, it would come down to consistency, and Even showed his strengths in this aspect, coming home with the 2020 championship at the Autodrome Granby. 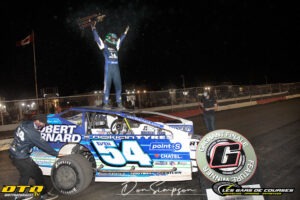 Even explained, “It was very special for us as Granby is a difficult track and being able to win a championship with minimum of top-three finishes on any given night was really special.”

With two championships notched on his belt, it was time to make the decision to stay in the Sportsman ranks or move up to the 358 division. Once again, the guidance from his grandfather Jocelyn came into play, weighing in on all the aspects, which in the end helped Even make the decision to move up into the 358 class.

This season will be tough especially at his home track of Autodrome Granby as it is a fast track and many drivers have expressed how very precise you have to be as there is not much room for errors. 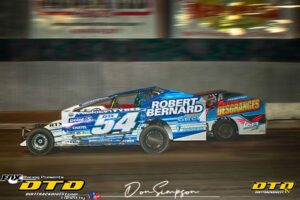 He said, “I plan to take things slow, a step at a time, not to get caught up in the rush with the more experienced drivers in the class. If I take my time and wait for the right moments to move forward in traffic as the race unfolds each week, I can avoid any mishaps, learning at the same time how best to get around the Autodrome fast.”

Even though this season will be a challenge for the young driver, Even is excited about getting back on the track in a 358 Modified. The one stumbling block that has already come to light is the pandemic restrictions. There is a delay currently for the season to get started, but there is light at the end of the tunnel and before long, Even will be racing.

The guidance and plan set out by Jocelyn Barnard’s Evens Grandfather will be key this season.

Jocelyn cited, “First, there will be no pressure on him for 2021. Myself and Even talked about the goals for 2021. It will be important for Even to participate in as many races as possible to get more experience, to continually improve. Even is already very good with his driving skills which he needs to be competitive and fast in the 358 Modified division. However, he will need to continue to build a good competitor name for himself, and not overdo it in this first year in the 358 division.

“As I said, there will be no pressure on him this year as it is a very big step for any driver to move into the 358 Modified division. Even will have to learn the confidence and the experience needed for this class and this will be our main focus this season.”

This is a good move for this young talented driver, and with any luck, Even will be a key player in this division in the coming years.