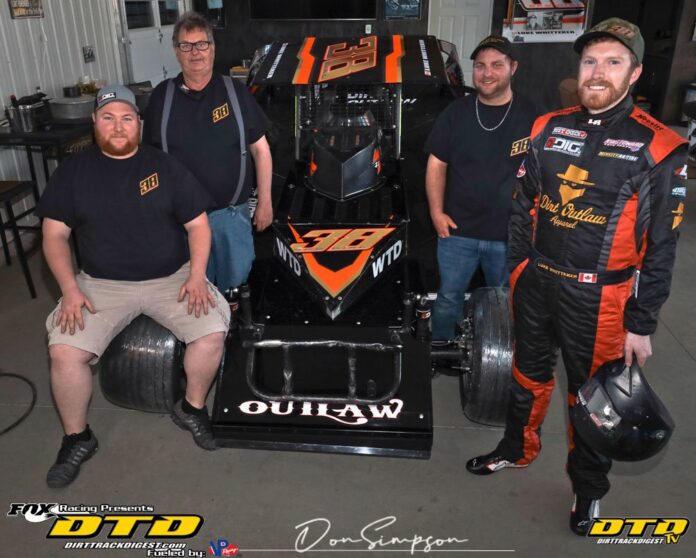 Going into his 16th season of competition, Luke Whitteker has an ambitious season in store, if only COVID would get out of the way.

For 2021 Luke has set Cornwall Motor Speedway as his home track. For Team 38, this is a bold move as the competition at the 52-year-old track is tough. 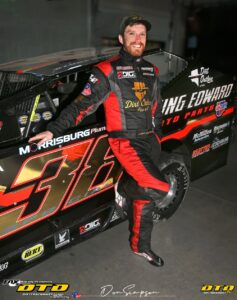 Current track champion Corey Wheeler will defend his title fearlessly. However, there is a long list of drivers that will also pose a challenge for the Iroquois, Ontario, driver. Raabe, Terrance, Dingwall, and Mc Donald are just a few names that come to mind that will put up a good fight on the ¼ mile track at Cornwall.

Luke explained, “Once things get going, we will be racing Cornwall full time in the 38. We will probably race the first few Brockville races before Quebec starts with our 38 Car as well.”

For Luke, the change to Cornwall Motor Speedway as his home track will be a challenge, but the two-time champion of the Canadian Nationals series and the 2018 Brockville Ontario Speedway champion has never shied away from a dare. Luke knows his way around the Cornwall track well and he will surely be in the mix of things for 2021. 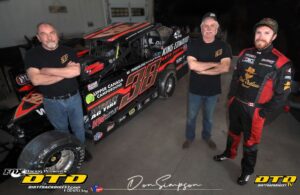 However, this is just part of the story for 2021 as Luke has been brought in the Pierre Dagenais stable to be behind the wheel behind the 124 Car this season.

Dagenais who has been in the sport for many years and piloted his own car for over 16 seasons in the 358 Modified division with over 374 starts and 28 wins, is now putting his faith in Luke to get the car into the winner’s circle. 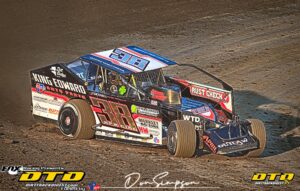 Last season, Luke took over the driving duties for a few races at the Autodrome Granby, and Drummond. Both are very tough tracks. Once again this would prove true as the first night of racing, the Autodrome Granby after running in the top 10 during the feature, Luke’s race was cut short with a rear flat tire. The second time out was later that season where Luke was running in third place in the feature, pressing to take over second from Yan Bussiere, when it all came to an end because of a broken distribute rotor. Not all was lost that day, however. Luke, along with Pierre Dagenais, set a new track record during his heat race, dominating the field to win. 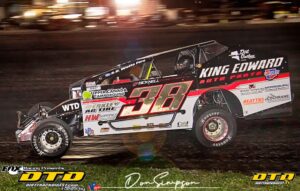 Currently, Team Dagenais is busy building this year’s car. It is no secret that Luke is very excited about this new adventure and partnership with Perrier. He is looking forward to moving forward to continue with the race program they had started last season at the Autodrome Granby.

Luke stated, “Yes I’m pretty excited to be getting in a new Bicknell and to build on what we accomplished last year. The more I raced the car, the more comfortable I was and we were starting to find the speed with the setups. Racing different tracks and different cars have helped me improve as a driver and hone my communication skills whether it be relaying the feel of the car or the French language haha. I have to thank Pierre and his team for giving me this opportunity. I also have to thank the guys from the 38 Team as well. Last year, my crew guys Josh Blakley, Nick Merkley, and my dad, Kevin, came and joined in on the fun in Quebec.”

The plan is close to being set for Luke and both teams. The one hindrance in all of this is COVID. 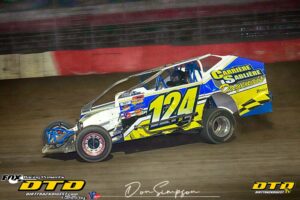 Currently, all racing has been put on hold due to the restrictions surrounding the pandemic. There is light at the end of the tunnel, and things are looking more optimistic in June, when racing may be back on the track with no limited fans in the stands. This is good news as Luke is ready to race and, this slight delay in getting the season rolling, gives them time to get the cars fully prepared in both camps for what is shaping up to an exciting but busy season for Luke.

Luke explained the situation in the Dagenais stable, “Pierre has welcomed the whole team with open arms. We are all doing it for the same reasons; to have fun and win some races. We trade information and share our thoughts team to team. I also listen pretty closely when Pierre has something to say. There’s always something to learn from a veteran racer like Pierre.”