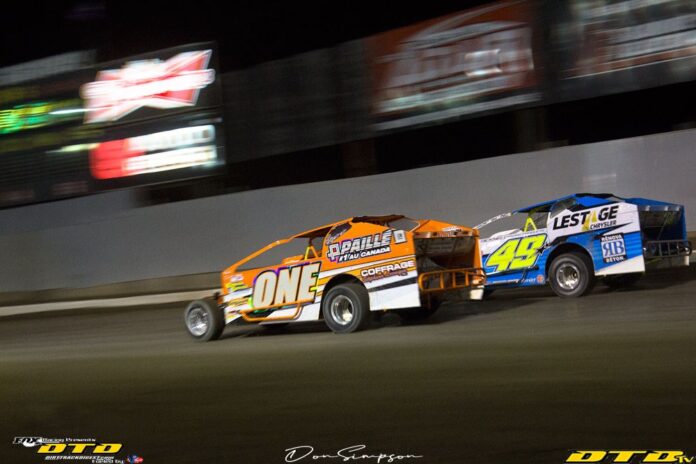 The 2021 points chase at the Autodrome Granby is about to begin with a doubleheader weekend of racing at the Autodrome on May 28 and 29, attracting drivers from far and wide to the historic 1/2-mile dirt oval.

Last season was disrupted by the health restrictions surrounding the pandemic, but as the season pressed and, in the end, each division crowned its track champions.

The 2021 race season will start much the same as last year with heath restrictions in place. The points chase will start regardless of any rules in place at the track and this year’s chase is likely to be even more exciting, especially in the 358 division, with several new drivers move up into this division.

As in the past, Teams ONE and TBR Racing battled all season, but Francois Bernier with Team TBR came out on top. These two teams have mirrored this result many times over in the past ten years with David Herbert having four championships over this period and Francois Bernier taking five tiles.

Things, however, could be different this year as several teams have the potential to out 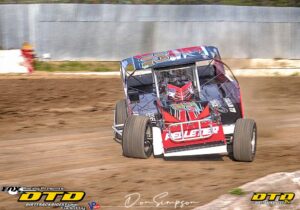 race these two teams. One such driver is Martin Pelletier who has been showing his presence in the 358 division more and more each season since he transitioned from the Sportsman class. Last season, Martin finished third in the points chase and should be even a bigger force to challenge for this year’s championship. Another driver who has been stepping up his game in recent years is Mathieu Desjardins who is always in the thick of things on the track as he is always one of the fastest drivers out there.

Then there are the new commoners who will be stepping into the 358 ranks at Granby. Even Racine, who has just come off a great season of racing capturing the 2020 track championship in the Sportsman ranks, will make his 358 debuts.

Another driver making the move part time to the 358 ranks is Alex Lajoie. The 2019 Autodrome Granby and Drummond track champion, is well versed in winning races, could be a spoiler this season. Then there is the current track record holder Luke Whitteker who will be behind the wheel of the 124 Car of Pierre Dagenais. Luke brings a load of experience to the team and will be a challenger at the Autodrome. 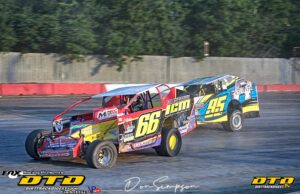 The Sportsman ranks for the 2021 season will open up more for some of the newer challenges and the old guard with the departure of Even Racing in this division. Mosie Page, who was in a real battle last season for the title at the Autodrome Granby, finished third after a key DNF finish late in the season knocking him off the lead in points. Mosie will bring his A-game to the track with even more focus on the grand prize of the 2021 championship. Alex Lajoie will also be back in his sportsman to make the challenge the title and is one of the toughest drivers in this division. However, you cannot count out drivers like Felix Murray, William Racine, Junior Mailhot, Maxime Blain, and the 2020 Sportsman Rookie of the Year Donovan Lussier, as they will all be in the hunt for this year’s title forcing Page to watch his back. 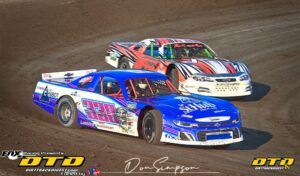 One of the most competitive divisions at Autodrome is the Pro Stock class. Last year, Yves Hamel truly had a dream season and that was to be consistent. This allowed the veteran driver to win last season’s championship by a mere eleven points over second-place driver Pascal Payeur. The facts show how close last year’s championship points run was with just 34 points separating first place from fifth. There is a host of good veteran Pro Stock drivers at the Autodrome who can win on any given night. Drivers like the 2019 track champion Dany Voghel, Steve Chaput, or 2018 champion Bruno Cyr just to mention a few. As for this season, Pascal Payeur may be the one to watch as his race program has fallen into place, but realistically it is anyone’s title to win as the group of racers at the Autodrome are all so close competitive-wise. 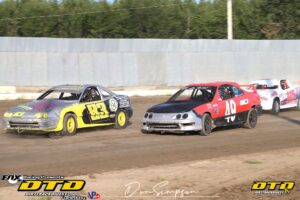 Finally, there is the Sport Compact division which has seen a rise in popularity and competition within the class the last few seasons. Granby hosts one of the largest car counts in this division, along with some of the best racing out there. Last season, Alexis Charbonneau finally fulfilled a long-time dream of winning the track championship and will continue to follow in his dad’s footsteps for 2021. With that said, the points chase in the Sports Compact division will be as close as last season with drivers like Séb R-Beauregard, Jean-Philippe Guay, Mathieu Voghell, and Daniel Demers all stepping up their game plan. Truly it will be very difficult for any one driver to dominate this class as all the racers within this group are top-notch. Yes, it will be tough racing in the Sports Compact division, but the fans are the true winners here as the racing is so good. 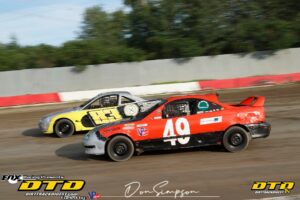 This year’s points chase is about to start, in much the same manner as last year, with restrictions in place along with limit fans, allowing possibly up to 1,500 persons, with each section holding a capacity of 250. Camping will also be permitted on sight for fans and racers. Limit ticket applications are available and can be purchased at https://autodromegranby.com/. 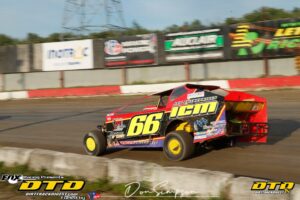 “We’re very excited to get back racing. We were honestly surprised when we got the news. We didn’t expect to be able to open as soon as this, but we’ll definitely take it. All the team is hard at work to make sure everything is ready for this big opening weekend. Ticket sales need to be done online and it’s going well. A lot of drivers have shown interest as well, so we’re going to have an amazing field of cars on hand. We couldn’t ask for better. We feel like we’re finally seeing the light at the end of the tunnel here.”

Given that 2020 was an out of the norm race season with all of its challenges, the team at Autodrome Grandy pulled off an amazing season, and with any luck, things will be better as the 2021 season unfolds.