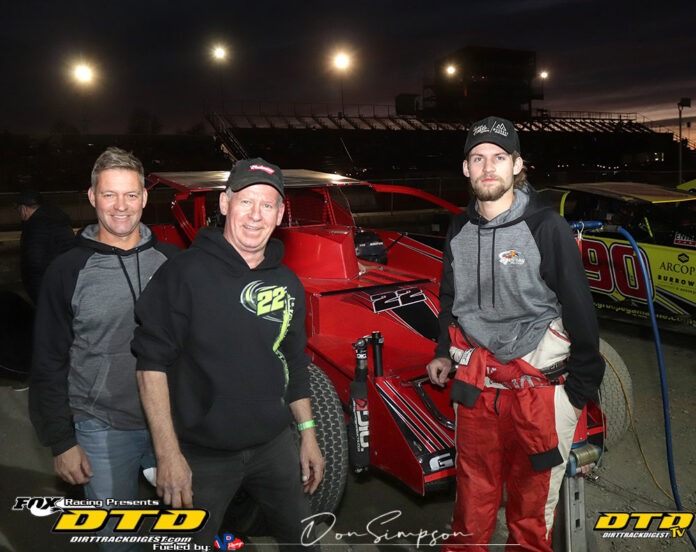 Fans at the Autodrome Granby’s season opener were treated to some great racing with the battle between Cedric Gauvreau and Samuel Charland. 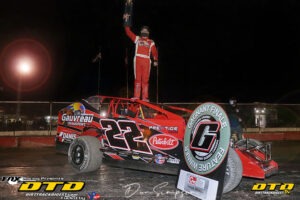 With 20 laps to go in the feature event, Gauvreau and Charland raced side-by-side for over 10 laps, but Cedric drove harder to win, putting the car in victory lane. A memorable moment for this young driver. However, there is another part of this story that most of us do not know.

Cedric, a third-generation driver presented this trophy to the ones that guided him to this moment,   his grandfather Gilles who has be a race car owner for over 30 years, and his father Eric, who raced since 1993. Both were there in victory lane to see their young portage receive his accolades of winning.

The seed for the story actually goes back to 1977 when Gilles began campaigning a race car at Brockville, Can-Am, Cornwall, and later on, at Autodrome Edelweiss. Gille’s passion for racing later spilled over to his two sons Eric and Denis Gauvreau.

In 1993, at the age of 21, Eric entered the 200-Lap Enduro at the Autodrome Edelweiss. From that moment, he was hooked. That following year, Eric with the help of his dad, built his first race car, a Street Stock class for racing at Edelweiss Speedway. He picked the number 22 for his car which signified his age at the time. 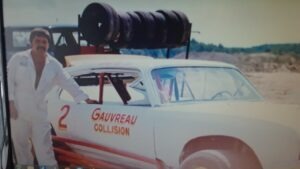 However, the following year, Eric quickly moved into the Pro Stock/Late Model division, where he later won the track championship in that class.

Both Eric, Denis, and father Gilles continued to pursue their passion for racing on clay for the next decade. Both Sons behind the wheel while Gille campaigned his car most often with one of the family cousins behind the wheel of the No. 2 Gauvreau Collision sponsored car. 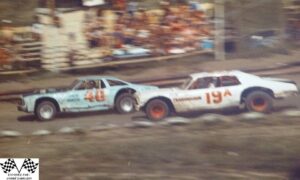 All the while the Gauvreau family was chasing their racing dreams, another car owner/driver was working his way through the Varese classes, driving the 19A. Denis Larocque, affectionately known as “Salad,” began racing in 1976 at his local track of Ranch Moco and Edelweiss Speedway. Later Denis started racing at Cornwall and Brockville Speedways.

During this same period, both families were heavily involved in racing and numerous times crossed paths. 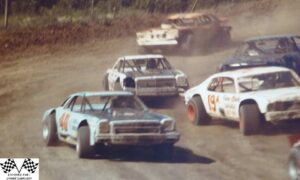 In 1994, Denis “Salad” Larocque moved to the Sportsman modified division, expanding his racing program even further.

Larocque found his calling in the Sportsman class in 1997 as he was on top of his game that year. “Salad” captured four track championships that year, a rare feat even today. “Salad” Capture the championship at Brockville, Cornwall, Frog Town, and at his home track of Edelweiss. DIRTcar even presented Denis with an award listing all the track championships excluding Edelweiss as it was not part of DIRT at the time.

There is, however, another connection that soon developed, and that was Eric soon became part of the Larocque family by marriage, intertwining these two racing families even more so. The families crossed paths many times as the years went by at the track.

By the early 2000’s, Eric and brother Denis were both racing in the Pro Stock division. At the time, this class was very popular and most tracks hosted this division on their weekly schedule, giving the brother many options to race. Brockville, Frog Town, Cornwall, and of course their local track of Edelweiss Speedway all had the Pro Stocks as part of their main divisions.

The two brothers raced one another numerous times over these years until Eric moved on to the 358 division, while Denis remained in the Pro Stocks for several more years.

By 2002, Gilles Gauvreau had retired from racing to put more emphasis on helping his sons with their racing programs. Later in 2007, once grandson Cedric took up the interest of racing in the Kart class, Gille was on hand for Cedric as well. 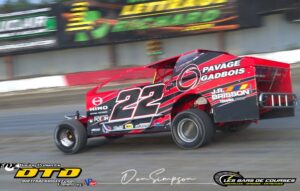 It was shortly after Cedric began racing Denis Larocque also called it a day when it came to racing after some 31 years behind the wheel. He too took up the interest and help in his grandson’s racing.

On the other side of the spectrum, Eric was having great results at the track. From 2008-2010. Eric finished in the top three in points at his home track of Edelweiss and was on a roll as he knew this track well. Unfortunately, the track was then sold and never reopened.

In 2009 Denis Gauvreau joined his brother Eric in the Modified division. That season Eric and Denis finished second and third respectively in the points battle at the Autodrome Edelweiss. 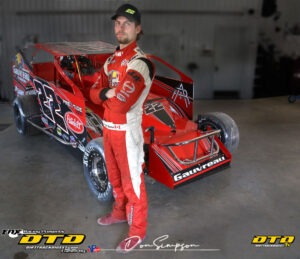 These were great years for the Gauvreau family racing program, Eric and Denis and, now the youngest member of the racing clan, Cedric were all doing well in the game of racing.

However, there were changes in the wind coming as Cedric got more involved in his racing. Eric put aside his race program somewhat to be more involved with his son’s racing. It was also during this time, Denis decided to stop racing.

Cedric progressed from Karting to Dirt Demons and finally to the Sportsman Modified in just a few seasons. 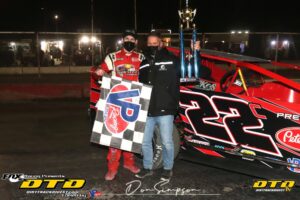 In 2017, Cedric expanded his experience of racing by entering the field at the Sportsman Modified Classic at Weedsport’s Speedway. The results were not what they had hoped for, but on the other hand, it was a good experience
going up against close to 80 drivers.

For the next few years, Cedric concentrated on his local tracks of Mohawk Int. Speedway and Cornwall Motor Speedway.

In 2018, Cedric finished fifth in points at the Mohawk Int. Speedway, along with a fourth-place finish in points in 2020 at the Brockville Ontario Speedway. 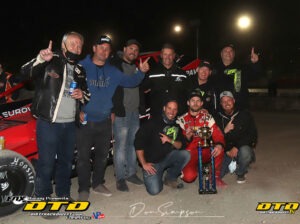 This season has started well for Cedric, with first place and a fourth-place finish at Granby’s doubleheader season opener along with a third-place finish at Autodrome Drummond. The plan is also to take in a few 358 races just to get the feel before finally moving up into this class.

The future is what Cedric will make, but there is a lot of experience backing this young driver and Cedric has the talent to drive.