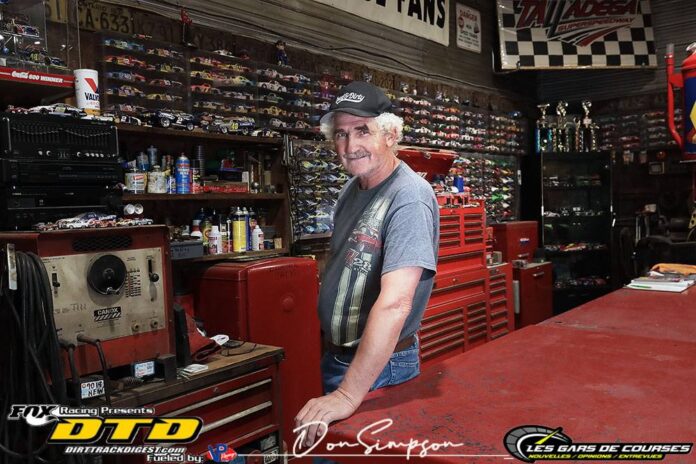 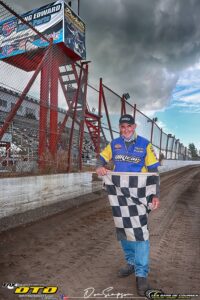 The Brockville Ontario Speedway was back in action this past weekend for its long-awaited season opener. This year marks the 52nd year of the track, but this season also marks a milestone for the chief race starter/flagman Gary Vandermeer.

Vandermeer celebrates 30 years at the Brockville Ontario Speedway and has orchestrated hundreds of races over his career. Gary has done it all, from conducting the World of Outlaw Sprint Car series to the Super DIRTcar Series and, of course, his beloved Fall Nationals.

Vandermeer explained, “I love being the chief flagman at the Brockville Speedway and I have had a lot of memorable moments over the years. And if I could do it all over, I wouldn’t change a thing.”

However, these past months have had some deep contemplations and what the feature might hold for him. With a decision made, Gary arranged a meeting with Paul and Cheryl Kirkland where he broke the news that after this season, he would be relinquishing his duties as a flagman.

“It’s the right time for me to step down and pass the reins over to my son Nathan. I want to spend more time with my wife Holly and our family and make some new adventures and memories,” said Vandermeer.

At this same meeting, Gary also asked to continue doing the Fall Nationals each year as this is the one race that is closest to Gary’s heart. Paul heartily agreed. 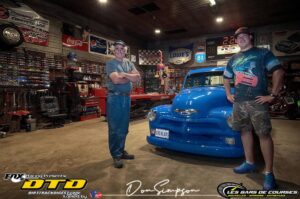 A farmer by trade, Gary has always had a passion for cars when not working on the farm.

The year was 1991 and track promoter/owner George Gray was on the hunt for someone to join Stan Tibbles in the starters stand. Gary answered this call as he has always had a soft spot for racing as a young man. What better way to get the best seat in the house.

However, this role came with some big responsibilities. Not only would Gary start the race, but he would also control the race as it unfolded.

“The drivers, fans, along with race officials counted on me to control the race,” said Vandermeer.  “In many ways I am like the conductor and the racers are my orchestra. It’s a big responsibility as people count on me to do my job well.”

For some, it may look like a dream job, but with all that glory comes the backlash from racers or team owners and sometimes fans, especially if there was an infraction imposed on one of the drivers.

Then there is all the debris, anything from rocks to tires coming up into the flag stand. On rare occasions, a race car comes close to the stand after a major crash. Being up there in the flag stand is not for the faint at heart. Then there is the dust. It gets everywhere, and you are literally blanketed in it, but for Gary, he would not trade this for anything.

Vandermeer said, “I love what I do and have enjoyed every minute of it, even during the tough nights.”

Over the years, Gary has had an assortment of assistants such as Stan Tibbles, Mike Verbeek, and Rick Kirkland, but his most memorable of course is his son Nathan. Since 2007, Nate has been alongside his dad working as a team.

“There is nothing better for me to have spent all this time with my son doing something we both love to do and working together,” commented Vandermeer.

For Gary, it has been quite a ride as he told his story to me, and there have been some good memories over those years.

“There are a few that just stick with you,” Vandermeer explained.  “One of those moments was giving the checkered flag to Chris Herbison after winning the Modified feature and, a short time later, giving the checkered to Chris’s son Jarret after he won the Sportsman feature.

“Or then there was the time when Danny O’Brian drove from the last place to take the checkered flag. It amazed me to see the talent Danny had driving his car through the entire field to win.

“These were just a few of the special moments I have had over the past 30 years, but I’m looking to spending more time with my wife Holly and just maybe we can sit in the stands at Brockville Speedway and watch our son Nate guide the racers to the checkered flag.”

It has been quite a career for Gary at the Brockville Speedway. He has started the best racers in the business and watched car technology evolve over the past 30 years. But he has always stayed humble — a true professional who will be missed.