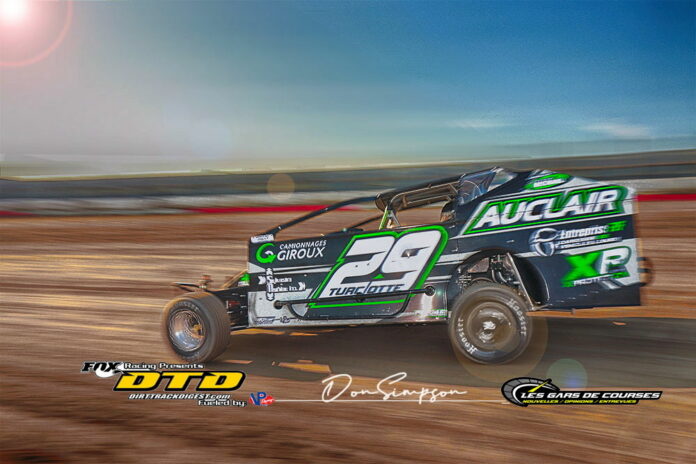 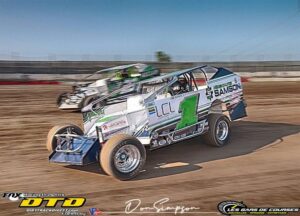 With the sixth race of the season in the history books, the battle for the 2021 track championship at the Autodrome Granby has come to a boil. The top seven teams have a mirror spread of only 70 points, which leaves the door wide open for any of these drivers to clinch this year’s championship.

The season started out slow, due to the COVID restrictions, but once things got underway, the chase was on.

Cedric Gauvreau picked up the win at the first event of the season but has since dropped out of the chase. That same night, Samuel Charland, who came in second, and William Racine, winning third, have since moved into this group of seven. 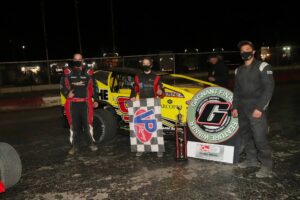 The second race of the season saw Felix Roy come home with the win, moving the young Napierville, Quebec, driver into the top group.


Race number three saw Steve Turcotte pick up his first-ever win in the Sportsman division, which brought a celebration into victory lane by the entire Auclair Team. Turcotte was joined by Samuel Charland who repeated his second-place finish from the season opener at Granby. Moise Page joined the two drivers in victory lane with his third-place finish. All three drivers have now moved into the top group firmly.

As for race number four, won by Martin Lessard, William Racine and Yannick Ledoux was in the third position. 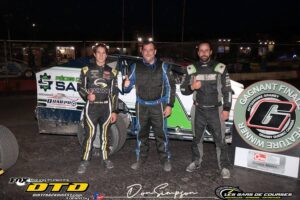 This brings us to this past weekend, brining three of the top group of drivers visit victory lane. Yannick Ledoux came home with the win after dominating the field in the Feature race. Felix Roy picked up second place, followed by Steve Turcotte in third.

The current points standing is as followed: 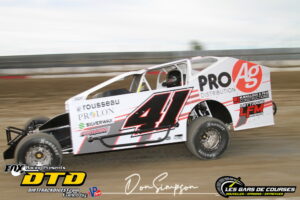 As we move ever closer to the mid-season at the Autodrome Granby, with roughly 10 races to go, things are still very close amongst the top seven. No team has made the breakaway move from the main group of drivers. This will undoubtedly lead to an all-out battle going forward from mid-season. Who will be the big winners in all of this — the fans who are about to see the best in the Quebec region put it all on the line to capture the 2021 season championship.