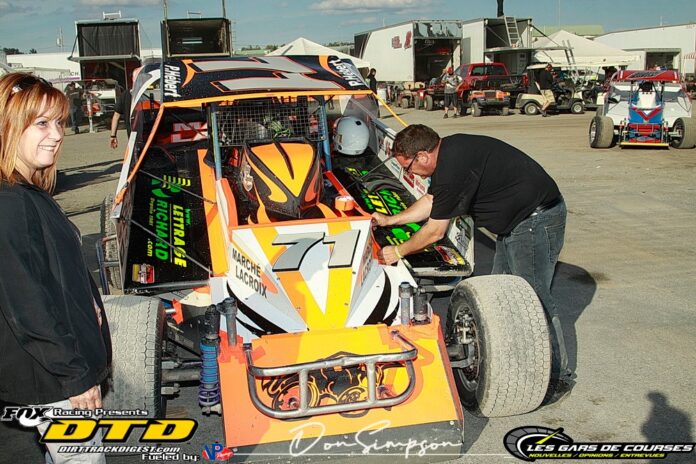 For the Hebert family, racing is this family’s activity. For close to four decades, the family has raced on clay. In recent times, son Keven is striving hard to keep the history of racing alive and well in some way, whether on the track or off.

39 years ago a young Pierre Hebert began Derby racing, now known as Mini Stocks. This, however, was just a stepping stone, as Pierre would quickly move up to a big-block Modified. In the day, this was quite common to see drivers make such a big leap in class.

For Pierre, racing a Modified was a dream, but topping this, was getting to race his Modified at the Moody Mile, the ultimate race for Modified racers in the North East.

As Pierre explained, “You have to experience the greatest race on dirt to understand. I remember the good times I had at the Mile, especially the first time in 1989. I showed up at Syracuse with just about $1,000 in my pocket and had the time of my life.” 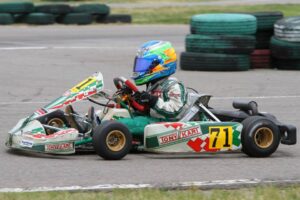 Things, however, would change in the Hebert household with the arrival of their son Keven, who would quickly adapt to the world of a racing family.

Keven recalls those younger years, “When I was younger, every weekend during the summer I was with my family at the races. I enjoyed the racing vibe. Every toy that I had growing up was about racing. I had a little Modified big-block that was just like my father’s and I was bringing it to the races in the grandstand.” 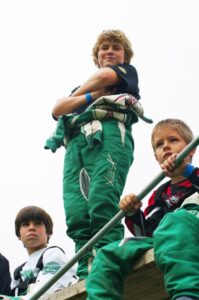 By attending the race each weekend, Keven was exposed to the world of Kart racing as many race families encouraged their children in picking up the sport. In 2004, at the age of five, Keven took the leap and began to race Karts.

That same year, Pierre decided to retire from racing after 22 seasons of being behind the wheel. Pierre put all his focus on his son Keven, who was racing Karts and later in the Slingshot divisions.

For the next eight years, Keven raced Karts mostly in Quebec, but also in the United States. Over this period, Keven raced many good drivers who have progressed on to the bigger leagues like Maxime Plant and Josianne Plante, who both race in the 358 Modifieds. More notably though, was Lance Stroll who moved on to race Formula One.

After eight years on the sideline, in 2013 Pierre decided to get back in the saddle and began racing in the STR Division. That same year, Keven moved on to the Slingshot and by 2016 was racing against his dad Pierre in the STR

2015 was a pivotal moment for Pierre. Word got out that season would see the last ever race at the Moody Mile.

Pierre set his sights on one last lap or race on that historic track. Pierre, Keven, and help from close friends Rejean Plante, Maxime Plante along with Josianne as his crew, set out to race Super DIRT Week. 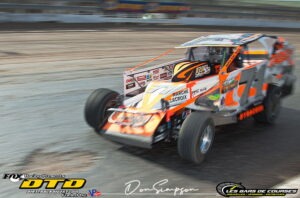 Max said, “This race was really good! My dad was the crew chief once again for this event while Josianne and I were crew. During the race, after our quick pitstop, Pierre was up to fifth but after yellow, during the restart, he lost some of the position, but we still got a respectable finish in the end.

“The crew consisted of myself and Josianne we did the fuel, Rejean my dad was the crew chief, Keven was the spotter, Donald and Guillaume were helpers”.

Out of a field of 44 drivers, Pierre outdrove some of the best on dirt drivers like Bob McGannon, Mat Williamson, Danny Johnson, and Larry Wight, just to mention a few. Herbert finished 18th, which for this small team out of Quebec was the perfect way to bid farewell to the track that has given Pierre so many fond memories 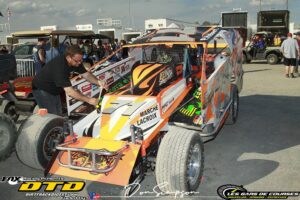 Since the 2016 season, Keven and Pierre have raced as a team in the STR class. Both have enjoyed this adventure over the past few years and what better way for a father and son to enjoy something together.

In recent times, the STR class has been slowly dwindling in teams and places to race. This has brought some concern for both Pierre and Keven. 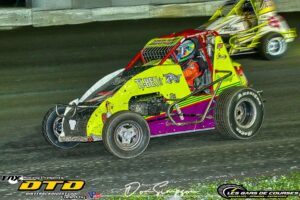 Keven made the move to join Les Gars de Courses in 2021, a media organization that covers primarily Dirt Track racing. This new role keeps him busy and engaged in the world of racing. At the same time, Pierre does the needed maintenance on the cars preparing for the next race. 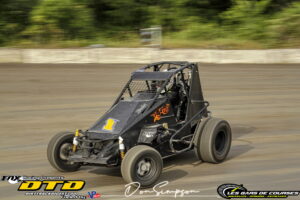 Keven stated,   “I always wanted to live the life my father had. The guy that nobody hates in the pit and who has fun even if he’s last. Racing brings joy to our lives.”

Racing is this family’s way like it has been for the past 39 years. It’s clear that Keven intends to keep this tradition alive.