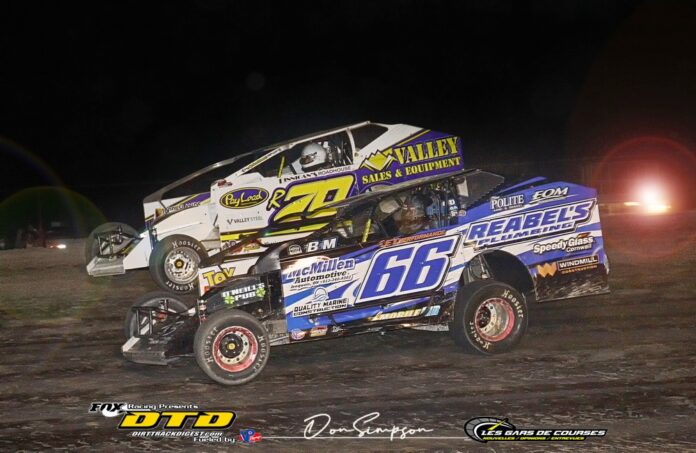 The focal point race of the 2021 season at the Brockville Ontario Speedway comes down to September 4. Teams from all divisions have worked tirelessly over the summer months for this one event. Champions will be determined this night.

For the premiere class at the BOS, the 358-Modifieds have just 22 points between the top two drivers. Ryan Arbuthnot, the defending track champion, is leading in the points and is in reach of repeating his championship. Nonetheless, it’s not over till the checkered has dropped.

Ryan said, “There is one more race to go. Kyle Dingwall is still the guy to watch for and he has had a strong season so far. But there are about six to eight guys that could win on any given night, so we will buckle down for this last points race of the season.”

Over in the team 66 camps, Kyle Dingwall knows the challenges ahead. The team had motor issues during the season, which affected the current points situation. But the team has since bounced back and is just 22 points off the leader. Going into this final race, Kyle has the team and experience to force the game plan his way over Ryan Arbuthnot.

Kyle stated, “Brockville will be tough because it is just a regular night of racing, and with lower car counts, it gives a bit of advantage to the front runners as there is less traffic to slow their momentum to get around them to pass.”

With this in mind, if Kyle can get the early race edge upfront it will be hard for any of the other drivers to get by him as he knows the track well and can use it to his advantage. 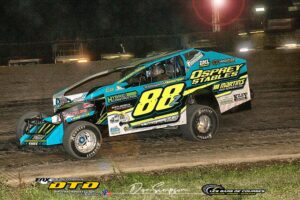 In the Sportsman division, it is a close battle especially when it comes to the two front runners. After a great finish in last week’s race, Jarrett Herbison has now clawed his way into second place in the points. Only 31 points are separating them. Will consistency pay off for team Herrington as they have had only one DNF. To be fair, however, Herrington has won every feature event except for August 15, due to an accident in his heat race. Harrington could not take the green in his car; he borrowed the car just to get one lap in for the points. Never underestimate the power of Herbison’s team as they have fought back hard.

Jarrett explained, “Our game plan is to try and pick up the win! It’s gonna be hard to catch Bobby unless he has some type of issue in the night.  So with that being said, it would be nice to get out there and get back to victory lane!” 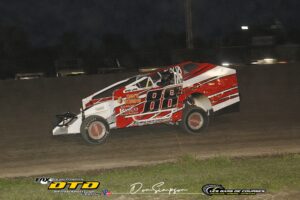 In the Novice Sportsman, this year’s new driving sensation, Justin Cyr, has been turning some heads with his driving ability. Justin recently claimed his fifth race of the season and has all but wrapped up the title. Brennan Moore, who has run a great season is, unfortunately, a distant second, but all the cards are falling in Justin’s side going into this final event. 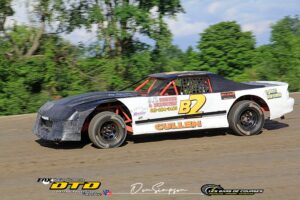 The Street Stock division has once again seen the classic battle between Brock Cullen, the current points leader, and Todd Raabe. Raabe who has years of experience will be a tough competitor to fend off, but Cullen has managed to do so this season and only needs one more good race to capture the title.

In the Mini Stocks, the battle between Jared Galway and Hayden Brown is going down to the wire. Both these drivers are tied for the lead. Brown who picked up the win last week is looking to repeat this success in the final race, but at this point, it’s anyone’s race to win. 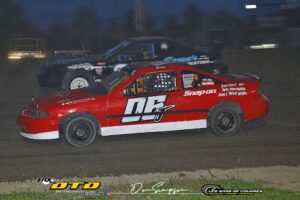 But If Jared can maintain his momentum going into this last race, he just may pull off this championship run.

This final race will see new champions crowned or titles defended. Whatever unfolds this time, it will be in front of a grandstand full of fans, something that has not been seen since 2019