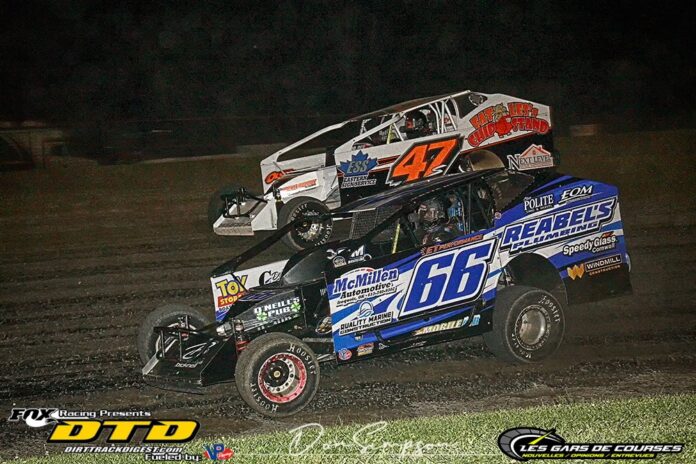 On September 5, 6:30 p.m., the Cornwall Motor Speedway will see the battle for the 358 Modified championship unfold, as part of the Fat Les Chip Stand Canadian Nationals series. One hundred and twenty-five gruelling laps will see the crowning of this year’s champion, the first since 2019 because of COVID-19

Corey Wheeler, the current track champion, will put it all on the line this coming Sunday. Wheeler, who got off to a slow start this season, has come on strong in recent weeks, taking home two feature wins. Wheeler looks to be peaking at the perfect time; however, he is not taking anything for granted as he knows the competition will be tough.

Corey said, “I think it’s certainly fun to be a part of the championship chase. Carey and Kyle are both great competitors and it’s certainly not going to be an easy race that’s for sure. We are hoping for a good competitive race and hopefully, things will go our way when the checkered flag falls. Either way, it has been a fun year and we are also looking forward to the Fall races.”

Carey Terrance, who is running a close second in points, won mid-season and has stayed fairly consistent since then. The four-time track champion at Cornwall would like nothing more than to add another notch to his title belt. Terrance knows how to get around the ¼-mile track fast and will be a big player in the end if all the stars line up in his favor. 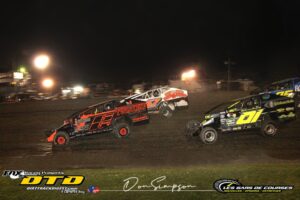 Kyle Dingwall is not only is in the points battle at the Cornwall Motor Speedway but is currently running a close second in points at the Brockville Ontario Speedway. Kyle is currently running in third at Cornwall and he got off to a good start this season as he picked up the win during the season opener. Kyle has since fluctuated through most of the season but returned to victory lane during the August 8 event. Nevertheless, Dingwall is only 21 points behind Corey Wheeler and is very much in the hunt as he is a tough racer to fend off. The 2006 Cornwall Motor Speedway track champion would love nothing better than to bring home another title.

Going into this tough weekend of racing, Kyle has two different race plans on the table.

Kyle stated, “Cornwall will be different with a lot of good cars and having to time trial. So, we will have to make sure we can time well during our time section. The pit stop halfway through is going to change things and we will have a plan for what we will do there. This will depend on where we are running at the time, It will also depend on what Corey and Carey do as well.”

This championship race will be a part of the second round of the Fat Les Chip Stand Canadian Nationals series, which will see all the same players striving for points. But for the top three in track points, it will be the track championship they are eying most. All three of these teams have the car and driver to get the win. It may come down to a bit of luck and the best car set-up that night. Regardless, fans will be given a show of racing talent that will keep them on the edge of their seats as this drama unfolds.

Rain date will be Monday, September 6 with an early starting time.